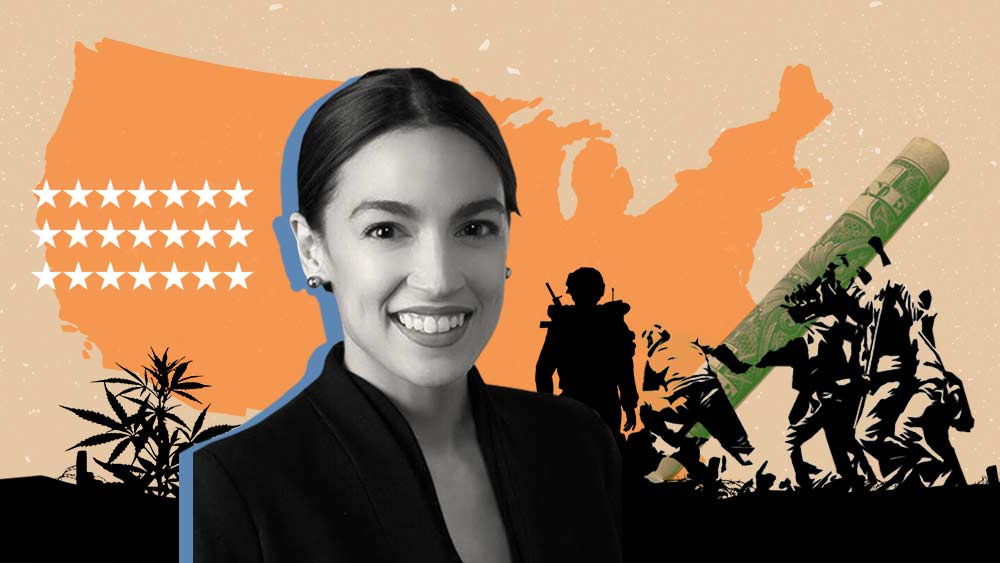 Progressive Alexandria Ocasio-Cortez shared her feelings on a bipartisan path towards the legalization of marijuana in the United States at a recent virtual town hall alongside Representative Earl Blumenauer.

According to Representative Ocasio-Cortez, popularly abbreviated as AOC, the gap between Republicans and Democrats on the issue of cannabis has been decreasing recently in Congress, as well as on a few other matters, namely civil rights and civil liberties policies.

“We’ve been able to propose solutions on a wide spectrum towards decriminalization, towards legalization, and that is increasingly becoming a position that more Republicans are amenable to,” AOC said.

To support her claims, Ocasio-Cortez pointed to a recent amendment of hers that sought to divert millions in funding from the Drug Enforcement Administration (DEA) towards treatment programs for people suffering from opioid addiction. The congresswoman said she was “surprised” to discover “widespread” support from the GOP for her proposal.

“That’s defund before defund became a widespread demand that we heard this year, and Republicans supported it and it passed. So there are some areas where you can find common ground,” the representative explained.

For his part, Representative Blumenauer said that he has a long record of working with Republicans on a number of issues and expressed the desire to continue working with his colleagues from across the aisle.

Furthermore, as a number of U.S. states get ready to vote on legalization measures this November, Ocasio-Cortez said that Blumenauer’s home state of Oregon could serve as a model in legalizing marijuana for the rest of the country. Recreational marijuana has been legal in Oregon since 2014, while the state will vote on Measure 109 on Election Day this year. This measure would legalize the therapeutic use of psychedelic mushrooms in the state should it pass. Ocasio-Cortez’s own state might also legalize weed next year, according to recent comments made by New York Governor Andrew Cuomo’s marijuana policy advisor.

When legalizing cannabis, Ocasio-Cortez warned, states could go two ways: one which would concentrate more power in big banks and a second path in which “everyday people” could become the first to reap the economic benefits of recreational marijuana. She added that this second path should particularly be tailored towards people from communities that have been disproportionately affected by the War on Drugs.