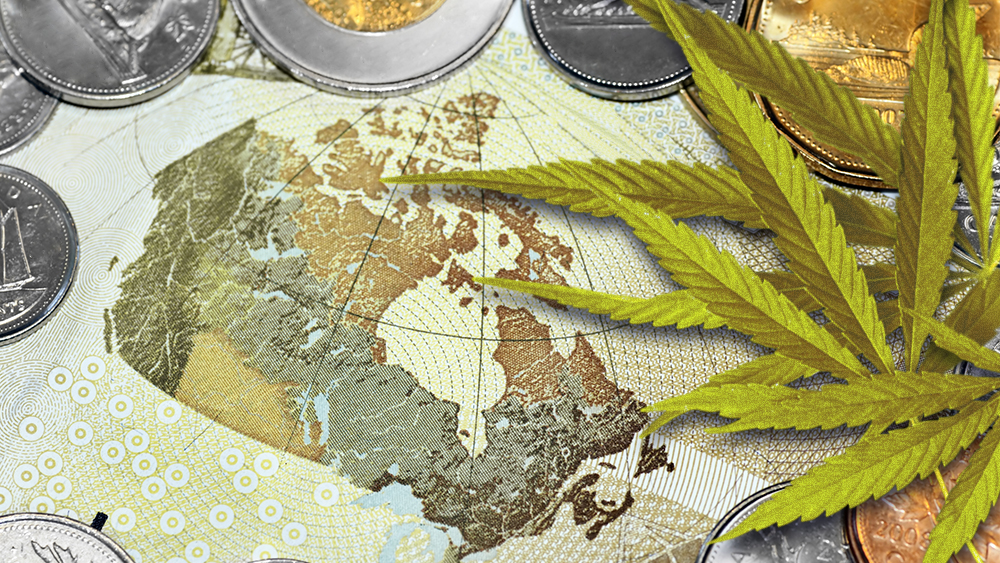 Ontario-based Canopy Growth Corporation will be the first cannabis company to sell its shares to a bank. Bank of Montreal recently made an offer for a $175-million stock sale, consisting of more than five million shares valued at $34.60.

Up until now, there have been very few Canadian banks that have dared to do business with cannabis companies, licensed producers in particular.

This is usually seen as a huge risk, as the cannabis industry is seen as volatile in the eyes of mainstream financial institutions.

Both Royal Bank of Canada and Bank of Nova Scotia have decided to close their doors to cannabusinesses, although a change in the laws might prompt them to change the bank’s official position.

“RBC currently does not provide banking services to companies engaged in the production and distribution of marijuana,” spokesman AJ Goodman said. “We recognize that the legislative landscape is evolving and we are undergoing a review of our policies.”

The system seems stable in Canada so far but not so much South of the border. The US is still years away from the level Canada is currently on.

In fact, the United States are the reason why Canadian banks aren’t investing largely even in Canadian companies, seeing how they still have business in the US.

Canadian banks seen doing business with cannabis companies could be looked down on by the US and federal services, and the business world in general.

This is true especially in the past few months, as U.S. Attorney General Jeff Sessions has recently vowed to crack down on states that have funded cannabis programs.

However, there are Canadian banks out there trying to work out things with cannabis business owners.

Bank of Montreal provides accounts to at least a dozen companies, biggest of which are Aphria, CannTrust Holdings and Invictus MD Strategies.

In the past they have also worked with investment firms Cannabis Wheaton Income and CannaRoyalty Corp.

This comes as a surprise to many, as BMO has closed down accounts of marijuana businesses that trusted the bank in the past (not even 2 years ago).

And while big banks are shying away from investment banking in this branch of business, smaller firms such as Clarus Securities have been running the game through stock sales and reverse takeovers.

One of the biggest competitors to Canopy Growth has not been slacking. While Canopy was selling its shares to BMO, Aurora inked a deal with the Italian government.

Aurora cannabis has won a highly competitive EU-wide public tender to supply medical cannabis to the government, which will be further engaged in production and distribution.

Through its wholly-owned German subsidiary Pedanios, Aurora will export cannabis to Germany, from where its subsidiary will supply the Italian market through the Ministry of Defense.

It is important to note that even though the tender was highly contested, only two companies have passed through the strict EU-wide public tender process which consisted of 2 rounds.

Of the two companies which qualified for this final round, Pedanios was chosen as the sole supplier of THC and CBD products under the tender.

Aurora will soon supply both Germany and Italy – two of the largest EU markets, with a total population exceeding 143 million. As the only company to have been successful in this tender, we have an incredible first mover advantage in this potentially tremendous growth market.

Perhaps the biggest news of the week in the world of cannabis was an announcement by CanniMed, which stated that they are currently considering Aurora’s takeover offer.

The meeting was called in order to consider a resolution of the CanniMed shareholders approving the issuance, or reservation for issuance, of such number of common shares of CanniMed.

This has been by far the biggest development in the case since the initial hostile takeover attempt by Aurora Cannabis.

Just several days ago, a deal to buy B.C. based Broken Coast Cannabis Inc. (a transaction itself valued at $230-million in cash and stock) has been signed by both sides as Aphria added a massive part to its growing business.

Aphria will pay up to $10-million in cash, with the remaining part of the deal being paid in shares based on a deemed price of $15.09 per share.

Aphria has recently approved expansion plans which are expected to increase the facility’s annual capacity up to 10,500 kilograms per year.

“While we are joining a talented large-scale greenhouse operator, Broken Coast will retain a high level of independence and our existing management and production teams will continue to drive our corporate strategy,” Roberto Bresciani, director and co-founder of Broken Coast.

Broken Coast Cannabis founders are all expected to remain a part of the team under the Aphria umbrella.