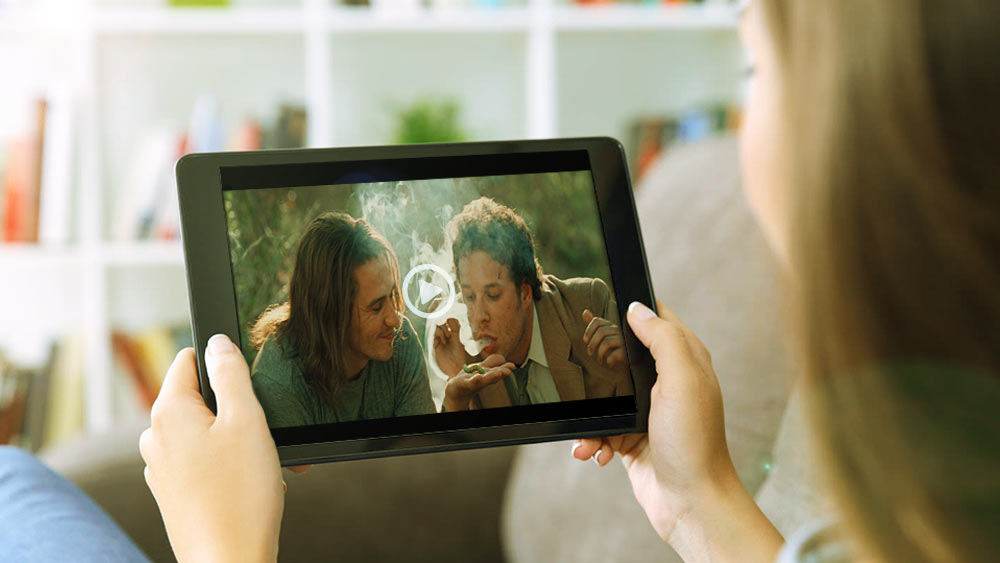 Whether you’re looking to sit back, relax and have a good laugh, or you’re up for some food for thought, there’s a perfect weed movie out there for you.

The following list of weed-related movies can be enjoyed alone or in good company, baked or straight, and all are guaranteed to provide you with some quality downtime.

It’s pretty safe to say that every list of best weed movies includes this 2008 classic starring best buddies James Franco and Seth Rogen. Pineapple Express is considered by many to be the ultimate stoner movie of our times. Although it’s a predictable choice, not including it in this list felt contrived.

The pot-fueled adventure sees stoner Dale Denton (Rogen) and his dealer (Franco) embark on a murder mystery high on the infamous Pineapple Express – which later inspired the creation of one of the most popular strains sold in the United States.

The seminal weed comedy also features a brief cameo from Stormy Daniels in the famous Trifecta smoking scene (the apex of the vortex of joint engineering) and loads of silly jokes that made their way into pop culture.

Another stoner comedy gem, Friday was written by Ice Cube and DJ Pooh. Cube and Chris Tucker star in this vibrant portrayal of hood culture, which Quentin Tarantino said is one of his favorite movies from the nineties.

Although Friday had a limited budget, the story of two pals in South Central Los Angeles gained a cult following in the years after its release and remains one of the most popular movies in the genre to this day. Speaking about the movie 20 years later, Ice Cube said he wanted to depict the brighter side of his neighborhood after a slew of movies that emphasized gang violence.

“People thought how we grew up was like growing up in a war zone. After movies like Boyz n the Hood, Menace II Society, and South Central came out, everybody thought the way we grew up was the worst thing ever in life. I didn’t see it that way. Of course it was rough, but we had fun with everything. We tried to laugh at things that most people would cry at,” he explained as his motivation for making Friday.

Directed by Richard Linklater, this movie is a cult classic that underperformed at the box office, but just like Friday, it managed to win people’s hearts in the following years. Dazed and Confused features an ensemble cast and follows 24 hours in the lives of Texas high school students in the 1970s.

Again like Friday, Quentin Tarantino included it on his list of the 10 greatest films of all time in the 2002 Sight and Sound poll.

The movie relied heavily on improvisation and boasts an excellent soundtrack, an interesting narrative structure and lots of musings on American culture – making it a favorite among stoners and non-stoners alike. It also has one of the most quoted lines in 90’s movie history: “If I ever start referring to these as the ‘best years of my life,’ remind me to kill myself.”

A compelling look at how the now widely accepted cannabis plant used to be demonized to the point where people thought it could make someone go on a murderous rampage, Reefer Madness came out one year before Congress approved the controversial Marihuana Tax Act of 1937.

The hour-long propaganda-fueled Reefer Madness was originally financed by a church group before being purchased by producer Dwain Esper and is frequently described by critics as one of the worst movies ever made.

The exploitation film inspired a wave of others, including Marihuana (1936) and She Shoulda Said No! (1949), also worth looking into for satirical value.

The Union: The Business Behind Getting High (2007)

The Union: The Business Behind Getting High is a Canadian documentary film that deals with the history of cannabis and the then-illegal business in British Columbia.

Although Canada has legalized recreational weed a year ago, the movie is still a good watch as it offers insight into how marijuana became illegal in the first place, particularly in the United States, where hemp was a major crop before 1930’s propaganda created an anti-cannabis frenzy (see Reefer Madness above).

British Columbia has been acquainted better than other parts of Canada with cannabis a long time before Justin Trudeau’s government legalized marijuana. The province enjoys the ideal environment for growing marijuana, while the sheer size of British Columbia’s marijuana illegal industry led those involved to dub it the Union.

A Life of Its Own: The Truth About Medical Marijuana (2015)

A Life of its Own: The Truth About Medical Marijuana gives another look at the subject of cancer, this time from award-winning Australian journalist Helen Kapalos. The documentary includes testimony from scientists, doctors, lawyers and politicians on medical marijuana, the lack of clinical research on cannabis, and the dangers of the black market for weed.

Kapalos was inspired to make the movie after meeting a young man with terminal cancer who was using marijuana to help him deal with the pain. A Life of its Own also touches on the medicinal cannabis industry in Israel, one of the pioneers of medical marijuana as it has been allowed in the country since the 1990s.

“We all    deserve the best options in healthcare. Furthermore, we have the right to know what    those options are. The title reflects the life-enhancing properties of this ancient plant, and a story which indeed took on    a life of its own,” the director says. 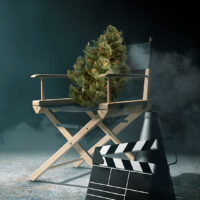 It features hip-hop legend and long-time cannabis advocate Fab 5 Freddy on an entertaining quest to untangle the racially-motivated background of the War on Drugs, while emphasizing weed’s close-knit relationship with music – from Louis Armstrong to modern hip-hop.

“How is it that a mild intoxicant, a plant that grows naturally all over the world, could be so feared by the American government and became worthy of a war?” Fab 5 Freddy asks at one point, while rap stars like Snoop Dogg, Chuck D, Damian Marley, Killer Mike and B-Real (Cypress Hill) all chip in to explain their views on marijuana’s contentious history in the US.

In his first movie since Spring Breakers, director Harmony Korine and actor Matthew McConaughey brought to life a stoner comedy of the new age.

The film follows McConaughey, who plays a stoner poet named Moondog, as he roams around Florida and meets some pretty colorful characters including Snoop Dogg and Jimmy Buffet.

McConaughey truly stands out in this portrayal of the ultimate stoner character, who doesn’t just indulge in marijuana to relax or have some fun, but bases his entire life philosophy upon it. “I don’t really believe in anything too special. It’s all kind of written in the stars…I just try and enjoy myself. I don’t stress it,” he says in one interview with Indiewire.com, delivering a piece of stoner wisdom reminiscent of The Big Lebowski.

However, the Gummo director’s unique style makes The Beach Bum quite a different experience than other stoner movies on this list, so don’t expect a new Pineapple Express.

Slow-paced, with a loose plot and beautifully-shot, the movie won’t resonate with a larger audience, but it is a sort of reflection on the stoner comedy genre as a whole, so it felt right it should find its place on this list. And if you’re a fan of Korine’s other works, it’s worth giving it a shot.

If you’re interested in more films about weed, it’s worth mentioning that there are a number of cannabis film festivals as well. Those interested in watching more cannabis-themed movies can drop by the NYC Cannabis Film Festival – which aims to “reverse the stigmas that have been perpetuated against cannabis for decades” – or The SPLIFF Film Festival – a traveling short film festival “made by the stoned, for the stoned” that hands out awards for the “trippiest,” “funniest” and “stupidiest” features.