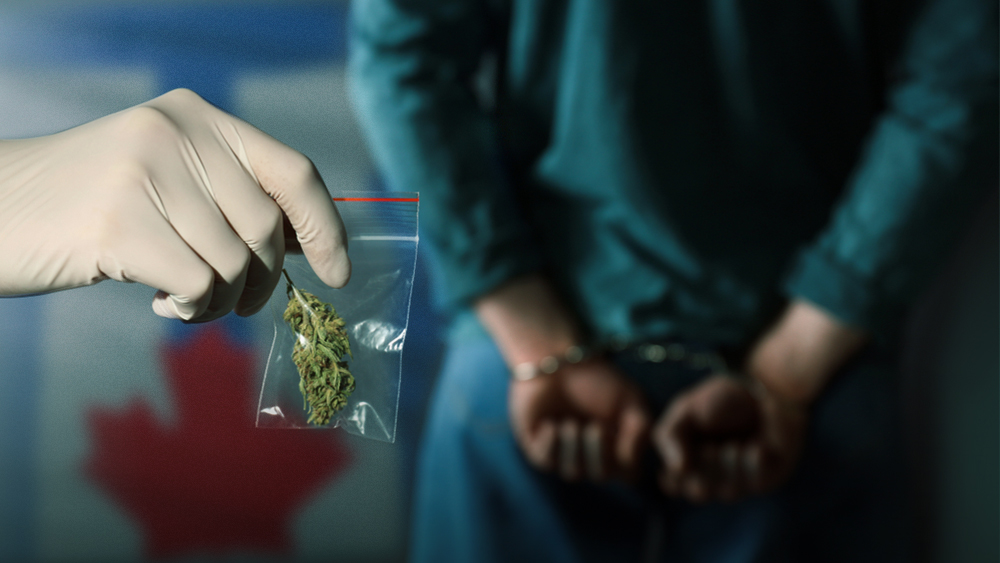 Toronto police and illegal cannabis dispensary CAFE (Cannabis and Fine Edibles) have been facing off recently with a series of raids and closures last week. Nine people have now been arrested for selling cannabis outside of its shuttered stores.

Police said CAFE was selling cannabis on the sidewalk outside of its closed Fort York Boulevard and Harbord Street locations, and received a number of complaints about the activity.

Eight people were arrested and charged with the unlawful sale of cannabis under the Cannabis Control Act on Sunday, while one person was arrested on Saturday outside the Fort York Boulevard location for the same reason.

Stephanie Cordice, 30, Kristina Grigoryan, 26, Zachary Keating, 31 and Christopher Case, 28 were arrested outside of the 66 Fort York Blvd. location, while Jade Ha, 27, Kyle Henderson, 22, Jason Duguid, 27 and Aron Yebrah, 25 were arrested out front of the CAFE dispensary at 104 Harbord Street. Yehia Youssef was arrested on Saturday.

They have all been released pending their next court appearance.

A long and tedious conflict

The arrests are the latest blow in a game of cat-and-mouse between CAFE and Toronto police.

However, the blocks allegedly trapped a tenant in the Bloor store. A loophole in the cannabis laws allow the stores to be open if it is a residence.

Despite the police’s effort, CAFE has reopened again and again.

A day after the cement blocks were placed, CAFE hired professionals to remove them. They succeeded at the Harbord location and sales resumed there, whereas on Bloor police arrived after one block was removed.

A picture of a patio was even stuck on the cement blocks at the Harbord location to give the illusion of normality.

A day later bylaw enforcement officers put the concrete blocks back that had been removed. CAFE called Toronto police’s activity “reckless and embarrassing” in a statement.

“Yesterday, we witnessed a vigilante interpretation of flawed legislation,” the statement read. “This behaviour is reckless and embarrassing … If one wishes to control the sale of cannabis, this is not the way.”

According to the City of Toronto, more than 70 provincial charges have been laid against CAFE’s staff and landlords since last November.

“Toronto Police advise the public that by buying and selling cannabis outside of regulated, legal businesses they are supporting organized crime,” police tweeted on Sunday.

“We’ve taken the next step in our enforcement authorities and we’ve put in hopefully a more permanent solution to stopping [CAFE] from selling illegally,” Mark Sraga, the MLS Director of Investigation Services told CTV News.

CAFE describes itself as “a cannabis brand on a mission to do good, help people feel good, create informed consumers, and give back to our community while keeping it safe.”

1 thought on “CAFE vs. Toronto police: 9 arrested for selling pot outside closed dispensaries”