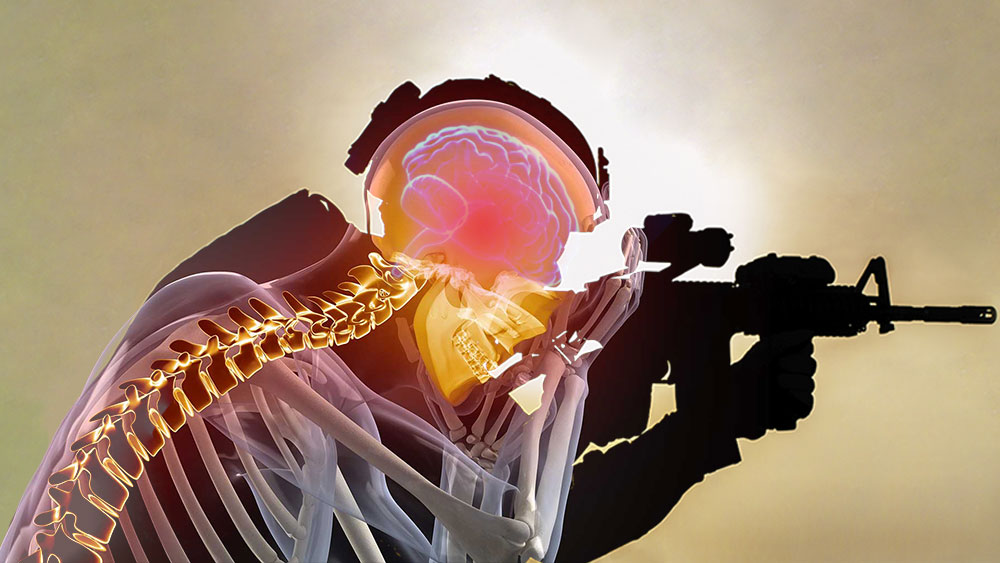 People develop PTSD after experiencing a traumatic event or an event that is perceived as such. The brain stores that memory and the fight-or-flight emotional response related to it.

Some people manage to naturally leave that memory where it belongs (in the past) but others develop flashbacks which then awaken the same emotional response.

This happens because some people’s brains are wired in a way that gives an advantage to emotional responses over thinking, and it’s a cycle that is hard to get out of.

People suffering from post-traumatic stress disorder are more likely to use cannabis than non-sufferers, so I wanted to see why is that the case. Does cannabis aid in forgetting traumatic events or just boosts dopamine, increasing the overall feelings of pleasure?

In this complete guide on cannabis and PTSD, we will answer all of those questions and more.

Post-traumatic stress disorder, or PTSD, is a psychiatric disorder characterized by relieving emotional responses to a deeply disturbing (traumatic) event, or multiple events.

Traumatic events that can trigger PTSD in some people include war, natural disasters, sexual assault, traffic accidents, witnessing or experiencing violence or serious injury, o an unexpected death of a loved one.

Canada has one of the highest PTSD rates in the world: One study found that 9.2% of Canadians suffer from PTSD at least once in their lifetime.

Here are the most common PTSD symptoms:

Symptoms can occur individually or in combination and usually begin soon after experiencing the traumatic event.

The condition can last for many years, especially if left untreated. Anger management issues and depression are just two of the difficulties patients with PTSD have to deal with on a daily basis.

When it comes to treating complex disorders such as this one, recovery can take a long time especially since there are no specific medications for it.

The first step is psychotherapy and, if needed, antidepressants and anxiolytics. Psychotherapy that is considered successful revolves around EMDR (Eye movement desensitization and reprocessing) and DBT (Dialectical behavior therapy), both of which help one acknowledge that they are no longer in danger.

Some patients can find relief with just one type of therapy, but unfortunately, many struggle to achieve significant long-term relief from their symptoms. This type of PTSD is classified as “treatment-resistant” and people suffering from it are more likely to look for alternative treatment.

Does clinical research support the use of cannabis for PTSD?

Up until recently, everything we knew about marijuana and PTSD was based on studies exploring substance abuse issues. People with PTSD have high rates of addiction and substance abuse, including cannabis.

However, there are several studies which specifically explore the efficacy of cannabis on post-traumatic stress disorder.

One of those was done by Canadian Forces Health Services Operational Trauma and Stress Support Center in Ottawa, which studied the effect of Nabilone (synthetic THC) on PTSD symptoms of 47 former soldiers. Nabilone is mostly used for treating vomiting and nausea in cancer patients, however, just like organic THC, it has a multitude of medicinal uses.

A total of 72% of subjects reported an improvement in sleep quality (fewer nightmares) and a reduction in daytime flashbacks.

One of the largest studies on this topic was published in 2015 by the New Mexico Medical Cannabis Program, although the study didn’t include a placebo-controlled group which I believe is crucial.

The study collected psychiatric evaluations of 80 PTSD patients who used medical marijuana to treat their symptoms.

This study concluded that 75% of patients reported a reduction in symptoms.

Researchers from the Federal University of Santa Catarina in Brazil exposed lab rats to mild electric foot shocks to establish a fear memory which would be reactivated whenever they were placed in a similar environment.

Their research states that CBD (the second most prominent compound in cannabis) is able to disrupt 1- and 7-days-old memories when administered immediately in doses of 10 mg/kg. This dose, however, is very difficult to obtain with conventional products and in a non-lab setting.

As noted in some trials, not all PTSD patients respond well to cannabis.

During the studies, some patients experienced an increase in paranoid feelings and an overall worsening of symptoms. This is probably due to the fact that cannabis can produce biphasic effects—in low doses THC may relieve stress while in high doses it can promote it.

In this case, just like in many others, we lack double-blinded randomized controlled trials to confirm how exactly cannabis helps PTSD patients.

And we may soon get one: In 2016, the FDA approved the first-ever phase 2 study of using cannabis for PTSD in US veterans. The study is financed by the state of Colorado and it will test cannabis use (especially smoking) with varying ratios of THC and CBD. The study has now completed enrollment and should soon begin.

How to choose the best strain for PTSD?

If you live in Canada, you can use Strainblazer to find your perfect strain—this tool helps you filter through more than 400 strains currently on sale in Canada by answering a few quick questions.

Regardless of what anyone says, cannabis is rather subjective and there are many variables to it.

Three major components you should pay attention to are cannabinoids, terpenes and how they interact with the endocannabinoid system.

Two main cannabinoids in the cannabis plant are THC and CBD. We have substantial evidence that, when taken in high doses, THC can induce paranoia and anxiety and that is something people suffering from PTSD need to avoid, at all costs. However, you do need a little bit of THC—after all, most of the successful studies used THC to relieve PTSD symptoms.

CBD reduces the psychoactive effects of THC so the first thing on your mind should be to stick to strains with 1:1 ratio of THC to CBD. This will ensure that you do not get paranoid and worsen your condition.

Every cannabis flower has molecules which make it smell a certain way—these are called terpenes. Now, contrary to popular opinion, terpenes (when combined with cannabinoids) produce a variety of  effects:

Using all of this information, you can tailor your cannabis experience to your liking.