Skip to content
Home / Health / Cannabis for Sciatica: Can It Actually Help? 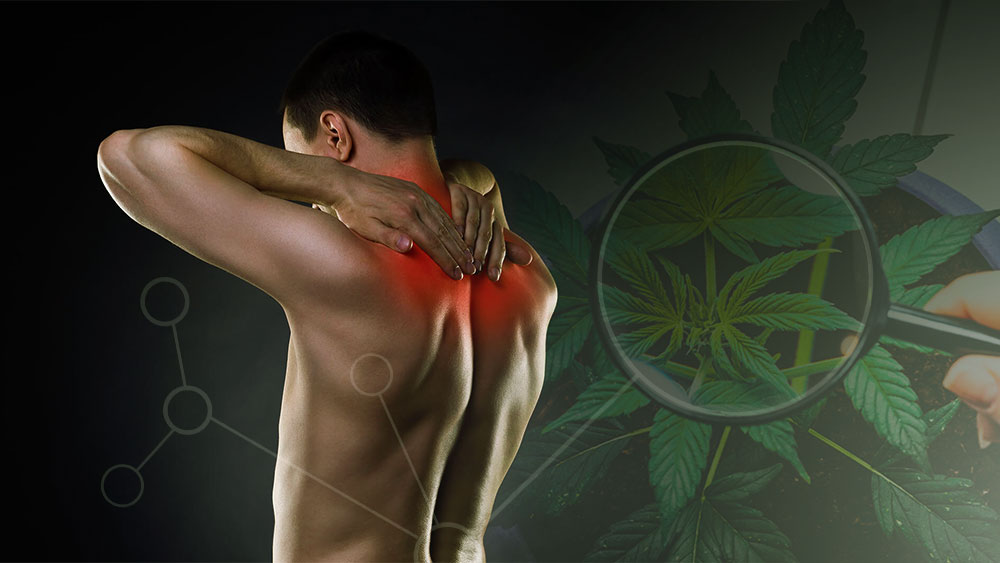 While doing research on cannabis for sciatica, I noticed that a lot of online vendors who sell CBD products hail this isolated cannabinoid as the best possible cannabis solution for the condition.

While there is truth to their claims, cannabidiol isn’t the only compound from cannabis that is able to alleviate sciatica symptoms.

Quite the contrary, the only official study that was ever performed on sciatica sufferers was with isolated THC. Also, there are many positive testimonies from people who’ve been self-medicating with “regular” cannabis, which contains THC, CBD, and many other cannabinoids.

In a nutshell, it seems that many components of cannabis are able to alleviate pain caused by sciatica. In this article, we will be exploring the absolute best treatment method.

Before we dive in, let’s say a few words about sciatica.

The sciatic nerve is the longest and widest nerve in the human body, which starts from the lumbar part of the back and goes through the buttocks and legs, all the way down to our feet.

It connects the entire skin of our legs, and numerous parts of the muscles of the leg and lower back to the rest of our nervous system.

The most common causes of injury or compression of the sciatic nerve include:

The most frequent cause of a sciatic nerve injury is a herniated disc, which rarely heals without extensive therapy or a medical intervention, causing long-term issues for people who suffer from it.

Sciatic pain has a very wide range, starting from mild tingling, aching and burning sensations, to a completely incapacitating pain that can occur anywhere along the path of the sciatic nerve.

Is cannabis good for sciatica?

The first thing that needs to be said is that cannabis works wonders for many different types of pain, and sciatic nerve pain is definitely one of them.

People are usually reluctant to try cannabis for medical reasons because they essentially don’t understand what goes on in our bodies when we introduce the compounds from this plant to our system.

The chemical compounds that are unique to cannabis are called phytocannabinoids, colloquially shortened to cannabinoids.

What is the purpose of endocannabinoids?

Not so long ago, scientists figured out that our bodies have a complex system of cells that have specialized cellular receptors on them.

These cells can be enticed through their receptors either by our internal endocannabinoids, or by cannabinoids from cannabis.

The cells that have cannabinoid receptors are located all throughout the body, or more precisely they are present in every physiological system of our body (cardiovascular, respiratory, immune, digestive, nervous, muscular, reproductive system and so forth).

Each of these systems has in its structure a great number of cells that can be influenced by either endocannabinoids or cannabinoids, via cellular receptors.

But what is the purpose of this intricate system?

The primary function of the endocannabinoid system is to keep all other physiological systems in balance.

One of the definite effects of cannabinoids is their ability to diminish pain, and in the case of sciatica, as we said, the pain is usually caused by a pinched nerve, slipped (herniated) disc or an inflamed surrounding tissue which compresses the nerves.

Consuming cannabinoids intensifies the balancing “feature” of the endocannabinoid system, which in turn lessens the painful sensations that we feel throughout our nervous system.

An extensive study from 2013 (1) was focusing on the pain-modulating effects of cannabis, and the team responsible for the research concluded:

“The (phyto)cannabinoids have efficacy in the treatment of various chronic pain conditions with greatest promise as a therapeutic adjunct in treating peripheral and central neuropathic pain and inflammation-mediated chronic pain.”

Whether cannabis can completely cure sciatica greatly depends on the cause of this condition.

It can definitely bring relief by lessening tissue inflammation and by diminishing pain sensations in the case of a pinched/compressed nerve, but if a patient has a slipped disc which directly presses against the sciatic nerve, this is something that cannabinoid therapy simply cannot cure.

But even in the case of a herniated disc, cannabis can bring significant relief, especially if it’s consumed in combination with physical therapy.

CBD or THC for sciatica?

This is a somewhat tricky question, because there are a lot of factors to be considered.

Even though CBD is regularly hailed as the “best component” of cannabis, this claim is tightly connected with the fact that it can be sold worldwide, as it lacks the psychoactivity associated with THC.

The legality of CBD tends to make people believe that the rest of this plant is medicinally unimportant, which can’t be further from the truth.

Countless cannabis experts share the opinion that the best possible way to utilize cannabis for medicinal purposes is to consume everything it has to offer, and not just isolated cannabinoids, like single-compound CBD or THC formulations.

What separates cannabis from modern pharmaceuticals (which are largely single-molecule compounds that create very narrow and specific effects in the body), is that each strain of cannabis has a vast number of different cannabinoids embedded in its structure.

It’s been discovered that these cannabinoid compounds work together in unison, and actually “amplify” the beneficial effects of each other.

The synergic trait of cannabinoid compounds is known as the entourage effect, and because of this effect it’s far more beneficial to consume cannabis in its natural form, compared to isolated cannabinoids.

This, of course, doesn’t mean that an isolated cannabinoid such as CBD won’t have a therapeutic impact, but in order to utilize the full potential of this plant, it should be consumed in its entirety.

So far, the only official study (2) that was looking into the effects of cannabis on sciatica-related pain was performed with isolated THC.

This study was conducted in 2018 in Israel, and was performed on 15 males with an average age of 33. The research excluded women from the study because of hormonal fluctuations during menstruation, as it can potentially affect sensitivity to pain.

The study focused on radicular pain (which radiates from the spine and flows into the legs), and sciatica is a common form of this type of pain, and all 15 men had medium/high radicular pain for at least 6 months.

Prior to the treatment the participants rated their pain-levels, and underwent fMRI (functional magnetic resonance imaging) scans, so the scientists could observe the connections between various segments of the brain.

In the first session, 9 participants were given a sublingual 15-milligram dose of liquid THC, and 6 were given a liquid placebo oil.

One week later, the same procedure took place, but this time the participants were switched, and those who received the placebo during the first session were now given actual THC. The participants were completely oblivious to what they were consuming.

After each of these two sessions, they were questioned once more about their pain levels (one hour after the dose), and had another fMRI scan (two hours after the dose).

The results showed that THC significantly diminished pain levels, compared to the placebo.

While there’s still no official research being performed with isolated CBD on sciatica sufferers, there is plenty of anecdotal evidence that this cannabinoid is able to alleviate pain caused by this condition.

One of the best examples of the efficacy of CBD for sciatica is Brenda Davidson, a 55 year old woman from Kirkwall, Scotland, and Independent did a story about her in 2017.

After being tormented by sciatica pain for 13 years which prevented her from performing daily tasks such as walking her dog, she decided to give CBD oil a try, after hearing about people who were successfully treating their sciatica with it.

Once she began her CBD regimen, she felt significant improvement of her symptoms almost instantly. Davidson continued with the treatment, and says that CBD oil helped her to reclaim her life back.

Dosing cannabinoids is oftentimes tricky because people have different quantities of endocannabinoid cellular receptors in their body, which greatly influences how much a person requires for an optimal therapeutic effect.

Since dosing is a very complex subject, you can find all the information you’ll need in our extensive free dosing guide, which contains information on dosing CBD, combining CBD and THC, and using THC alone.

This guide was created in collaboration with Dr. Dustin Sulak, who is an esteemed cannabis clinician from Maine.

Since there are strong indications that both CBD and THC are able to alleviate pain caused by sciatica, this leaves room for maneuvering.

Even though cannabis that contains both CBD and THC should provide the biggest pain-relieving effects, many people are reluctant to consume such varieties because of the psychoactivity caused by THC.

Individuals that wish to avoid any cerebral sensations should definitely give isolated CBD a try.

Also, strains that contain 1:1 CBD to THC ratio are a great solution, because CBD greatly diminishes “the high” caused by THC.

Combining isolated CBD during the day, and using regular cannabis by night is also a legitimate solution for individuals looking to avoid any intoxication during work hours. For this type of treatment I would suggest a sedative Indica strain in the evening.

High-potency oils such as Rick Simpson Oil (RSO) are also a viable option, but for this particular condition I would first exhaust all other treatment methods before resorting to it.

For more information on how to make it and dosing, check out our article on Rick Simpson Oil..

2 thoughts on “Cannabis for Sciatica: Can It Actually Help?”