Skip to content
Home / News / Canopy Growth went hard in 2018, and here’s how 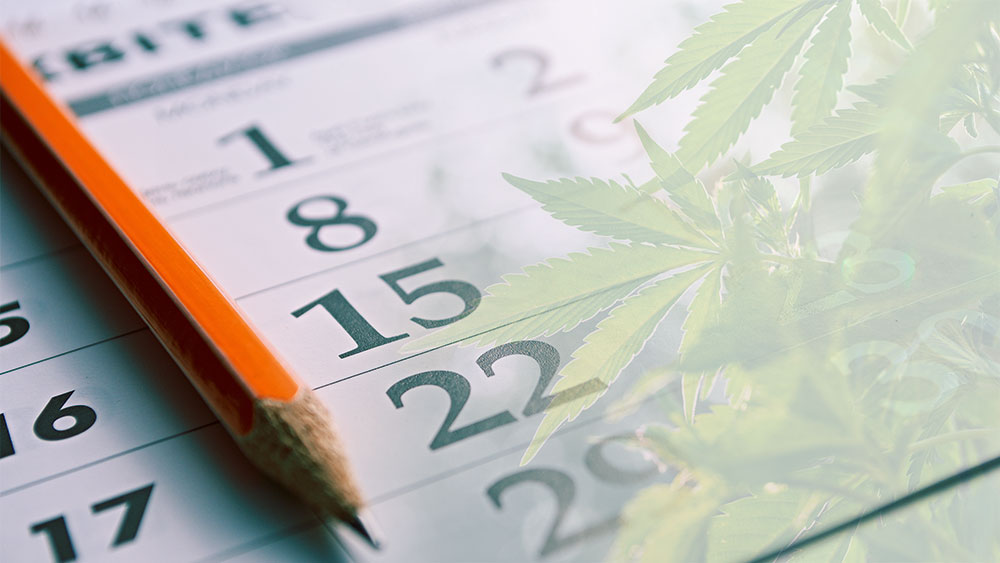 In the last 12 months, Canopy Growth aggressively made deals to increase their production capacity after landing the biggest investment in the history of cannabis.

As 2018 comes to an end, it’s time to do our yearly review of cannabis producers in Canada, and this year we’ve chosen to review 4 companies:

This year has been very successful for Canopy as the company is now very close to achieving astronomic goals it set last year.

The biggest event for Canopy in 2018 has definitely been a $5 billion strategic investment from Constellation Brands.

Their next big move came about in May, when they announced that they intend to apply for a listing on the New York Stock Exchange.

Later, in June, Canopy Growth sold $500 million CAD worth of 4.25% convertible senior notes. A large part of those notes went to Greenstar Canada Investment Limited Partnership, which is an affiliate of Constellation Brands.

However, none of those notes were converted by December. Accordingly, as of December 6th, C$600,000,000 aggregate principal amount of the Notes remain outstanding.

The biggest deal took place in August, when Constellation Brands decided to increase their stake in Canopy Growth.

Constellation Brands bought 104.5 million shares directly from Canopy at a price of $48.60 CAD per share, thereby achieving approximately 38% ownership when assuming the exercise of the existing Constellation warrants. The shareholders approved the transaction on September 26.

Canopy Growth managed to sign an abundance of supply deals with not only provincial governments but also private companies at home and abroad.

Let’s start with the memorandum of understanding Canopy signed with the Victorian State Government in Australia. According to the press release, this deal was made to further develop research and technical capabilities in the production of medical cannabis in Australia.

As far as domestic deals go, Canopy Growth pretty much had Canada covered. The first supply deal signed this year was with the PEI government. Canopy promised to allocate a minimum of 1,000 kg of high-quality cannabis to the province for its recreational market.

Quickly after that, the company signed a supply deal with the SAQ, according to which Canopy is to provide Québec with 12,000 kilos of cannabis annually.

Seeing how the demand for their cannabis started growing, execs over at Canopy decided to make a deal with Sunniva, another cannabis producer. Sunniva is a late-stage ACMPR applicant that is building a 700,000 sq. ft. GMP-certified greenhouse facility in British Columbia. According to the details of the deal, Canopy will buy 90,000 kilograms of dried cannabis from Sunniva.

In May, June and July another 4 major supply deals were signed with the provinces:

In August, Canopy announced that they came to a deal with the Ontario Cannabis Store, according to which Canopy is to supply the OCS with adult-use cannabis brands. The number of products, amount and value of the deal weren’t disclosed at the time. Canopy provided an update later in the year, but still hasn’t disclosed any important details.

Canopy decided to partner up with Organigram in order to supply the NL market together, and the two companies signed a two-year supply and distribution agreement.

Lastly, in October, Canopy completed a legal transfer of cannabis products to a research partner in the United States, which was the first of its kind at the time.

Canopy Growth got a lot of money in February from their bought deal, so it was due time to spend some of it.

In May, Canopy Growth announced the formation of Spectrum Cannabis Australia. They also made another acquisition, and this time the target was the Daddy Cann Lesotho.

Two months later the company decided to acquire the remaining 33% stake of BC Tweed Joint Venture, and thus increase the ownership to 100%. Canopy Growth paid $1 million in cash as a nonrefundable deposit against the purchase price and has issued $374 million worth of shares to the minority shareholders of BC Tweed.

Similarly to Aphria, Canopy Growth also decided to expand into the Latin America over the course of this summer. In order to do so, Canopy acquired Spectrum Cannabis Colombia S.A.S. which previously operated as Colombian Cannabis S.A.S.

Sometime later it also bought all remaining outstanding shares of its Chilean in-market entity, Spectrum Cannabis Chile SpA as the second part of the LATAM plans.

Canopy also bought all the outstanding shares of HIKU (for $240 million), which would further increase the company’s potential on the recreational market which was at soon to open.

Canopy raised a lot of dust with its acquisition of the Colorado-based hemp research leader Ebbu. It turned out this was a well-thought move, as the US quickly after legalized hemp on the federal level.

Last two deals came about just a few weeks ago as Canopy reached out to the licensed producer 48 North and the famous vaporizer company Storz & Bickel.

In regards to 48 North, Canopy was to:

As for Storz & Bickel, Canopy paid approximately €145 million to the German vaporizer producer in an all-cash transaction.

Canopy Growth realized that in order to keep up with the demand, they’d have to seriously improve their production capacity. And that is exactly what they did.

In February they announced that their BC Tweed Joint Venture received a cultivation license for the first of its two facilities. The second facility got licensed in April, and thus increased the total production capacity to more than 2.4 million sq. ft.

By this point, Canopy was well on its way to generate the planned 5.6 million sq. ft. of domestic growing space.

April also brought a deal with LiveWell Foods in which the two companies agreed to accelerate the development and commercialization of LiveWell’s two large-scale cannabis projects located in Ottawa Pontiac. The LiveWell facilities total for another 1,500,000 sq. ft. of future cannabis production and processing space.

In May, the Vert Mirabell greenhouse operator got approved by Health Canada to start producing cannabis with Canopy’s help in their 700,000 sq. ft. Quebec facility. However, only 40,000 sq.ft. are licensed for cannabis production so far. Canopy also announced the location of its new Newfoundland production site.

Health Canada also amended Canopy’s production license for the 1 Hershey’s Drive which doubled its production capacity and approved an additional 223,200 sq. ft. of cultivation space in the Vert Mirabell greenhouse.

In October, Canopy got approved for another expansion and has so far established a 5.6 million sq. ft. growing platform.