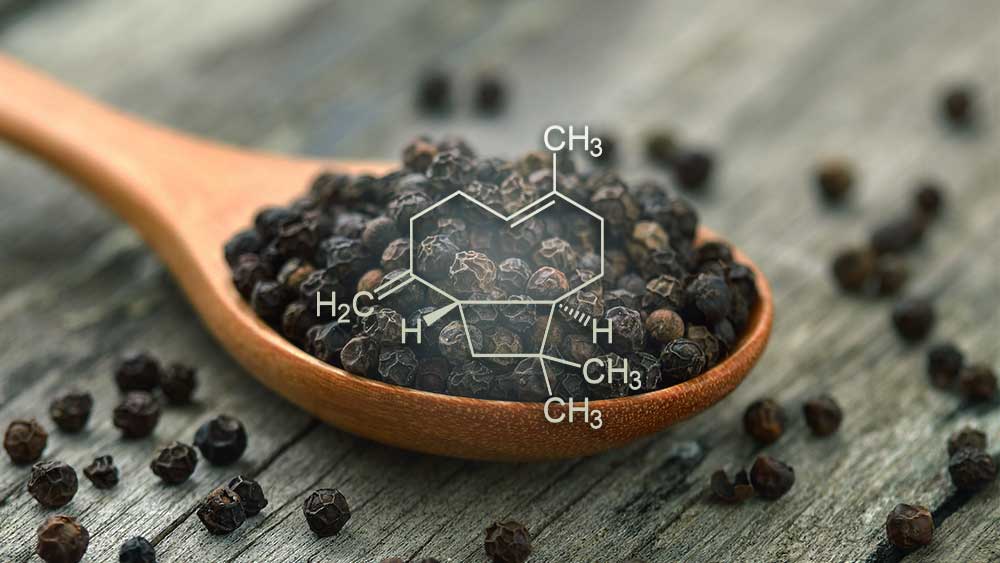 If we can say that CBD and THC are the stars of cannabis research, beta-caryophyllene (BCP) can be viewed as a silent agent behind the curtains that doesn’t make all that noise.

But things are changing for this terpene.

The stats from cannabis research say it all.

Even though it was first synthesized in 1964, it didn’t seem to present an interesting challenge for scientific examination.

According to PubMed, just a couple of studies were published yearly on caryophyllene before 2000. Their number increased gradually over time, reaching 177 in 2019.

The conclusion seems obvious: we need to talk about beta-caryophyllene.

Beta-caryophyllene is an organic compound produced in various plants. In cannabis, it’s one of 200 terpenes, responsible for a specific spicy fragrance.

Cannabis or hemp can have up to 38% of this compound in their flower essential oil. When present at higher concentrations, it will provide a strong musky taste, wooden odor, and a pinch to the nose upon inhalation.

It is produced by the trichomes in the plant’s flower, and serves as a defense mechanism.

Scientists believe that its function might be to “attract insect predatory green lacewings, while simultaneously inhibiting insect herbivory.”

In other words, it has a protective role.

But how is this terpene beneficial to humans?

In many ways, beta-caryophyllene is not like other terpenes.

For one thing, its chemical structure includes a cyclobutane ring, something rarely found in nature.

More importantly, a 2008 study showed that it is the only terpene with cannabinoid properties. Namely, it is a functional CB2 agonist that has no pretension to bind to CB1 receptors.

In plain words, BCP has the ability to activate our endocannabinoid system without causing any mental side effects. That means it could potentially be just as beneficial as other cannabis compounds, without inducing a high.

Furthermore, as a terpene, it is an important constituent of herbal synergy that contributes to the entourage effect (the hypothesis that cannabis’ compounds are much more efficient when they act as a unity, rather than individually).

On the other hand, there are voices that speak otherwise.

However, the self-reported limitations and a suggestive conclusion seem to predict a different future for both notions:

“So the quest for entourage does not end here; in many ways, it has only just begun,” the scientists are optimistic.

If I use a lot of words such as “seem”, “potentially”, or “may”, it is only because the research on caryophyllene is in its inceptive stage. It’s still too early for definite claims.

The same goes for potential health benefits. The majority of contemporary studies confirm that BCP can elicit therapeutic effects.

Still, their promises are somewhat downplayed by the fact that all of them were performed on mice/rats, and used isolated BCP in high doses. But as we said, the quest has only just begun.

I think it won’t be long until our pursuit starts giving fruit.

Many studies have already confirmed that caryophyllene can help with inflammation and pain, especially when they’re chronic conditions.

Because it activates peripheral endocannabinoid receptors (CB2), which are normally active under inflammatory conditions, BCP can have therapeutic effects. In other words, it can help our body in fighting inflammation using its own strength.

But not just that. Studies are suggesting a really long list of potential health benefits:

Another study demonstrated that caryophyllene can ameliorate the symptoms of depression and anxiety.

The scientists have also examined how its binding to CB2 receptors can affect alcohol reward and sensitivity. It significantly reduced voluntary substance intake and might present a possible treatment for alcoholism.

And the really impressive list goes on: BCP can have neuroprotective perspectives, might act as an antioxidant, and can be a possible treatment for Crohn’s disease and ulcerative colitis.

Its potential anticancer properties are a subject on their own. A 2016 review showed that BCP and BCPO (its oxidant) exerted cytotoxic and antiproliferative effects on several types of human tumor cells.

The review also emphasized that only limited data support the BCP’s antitumor efficiency in animal models and that there is an “urgent need” for further research.

Beta-caryophyllene is used as a food additive, and the FDA classifies it as GRAS (Generally Recognized as Safe).

A recent evaluation (2016) of this terpene revealed that it didn’t produce toxicological manifestations. The study was performed on rats and didn’t include any treatment-related deaths.

It estimated that the lethal dose in rats was more than 5000 mg/kg, and even suggested that human daily intake is 10-24 mg/kg.

However, since BCP is, so far, used as a food additive only, there is no sufficient data on dosing it in therapeutic purposes.

Similarly, there is no official warning on the possible side-effects. The mentioned evaluation did report nasal discharge in rats, but that’s far from a systematic overview, which should only be held as relevant.

While we wait for further research, moderate amounts will keep you on the safe side.

If you decide to believe in the entourage effect (I myself do), here are some strains rich in beta-caryophyllene:

BONUS TIP: If you are grower, do know that terpenes’ production increases with light exposure and decreases with soil fertility. Higher concentrations can be provoked with a relative nitrogen lack just before the harvest.

Final thoughts: can caryophyllene bring something new to the research table?

Even though science is just starting to realize the full potential of caryophyllene, I believe that its health benefits will soon be examined with more scrutiny.

This can bring hope and relief to medical users, especially to those who need to stay functional throughout the day. Caryophyllene’s efficiency to treat certain conditions without causing mental dizziness is a truly promising capability.

And this opens up a world of possibilities that are yet to be fully explored by science. 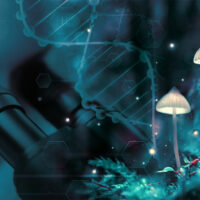