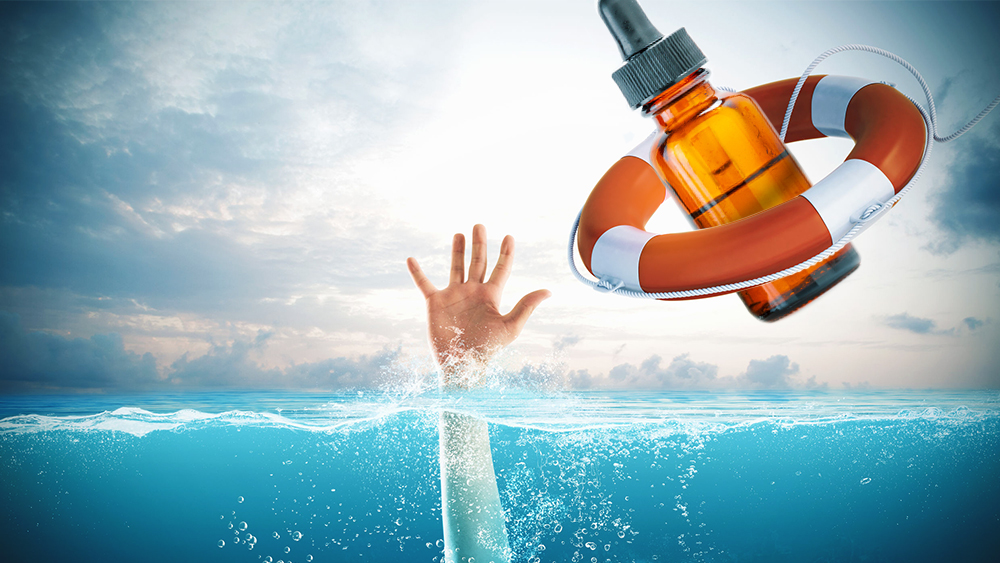 Cannabis researchers have been really busy in the last couple of years, working on several crucial studies. Those researching CBD for opiate withdrawal are unanimous in their “verdict” – CBD positively affects people fighting opiate addiction.

We’ll be analyzing this research in great depth, but in order to have a clear understanding on how cannabidiol (CBD) provides these beneficial effects, first we need to understand what exactly occurs in the brain when it is destructively influenced by opioids.

Opiates (natural) and opioids (semi-synthetic and fully synthetic) are a class of substances that influence opioid receptors in the body, and are primarily used to treat pain.

Naturally occurring opiates such as Papaver somniferum (opium poppy) have been used by humans for millennia, and opium (which contains morphine) was an important commodity during the age of colonialism.

Morphine was isolated from opium at the start of the 19th century, followed by the discovery of codeine, which is another naturally-occurring opioid molecule from the opium plant.

Semi-synthetic diamorphine (heroin) was invented next, then oxymorphone, oxycodone, and hydrocodone came after it.

Demerol (meperidine) was the first fully synthetic opioid created in 1932, followed by methadone (1937) and fentanyl (1959).

Fentanyl is approximately 30~50 times more potent than heroin, and there are newer synthetic opioids which are even stronger.

Opioid molecules are structurally very similar to endorphins, internal molecules found in our body. Just like opioids, endorphin compounds restrict how much pain we feel and produce pleasure and euphoria.

Endorphins act as a tool which promotes positive behaviour and activities such as eating, and are released to “chemically persuade” us to repeat those desirable activities.

This evolutionary reward system influences the brain to recognize positive associations where the brain learns to identify positive circumstances and environmental cues.

For instance, if you walk by your favorite restaurant, your brain will identify the sight (or smell) of the restaurant as a positive association, because your brain “knows” it will receive endorphins as reward for a positive behaviour, which is in this case eating.

This chemical reward system can influence you to grab a bite even if you’re not that hungry, because the brain “desires” the pleasurable effects of endorphins.

A brain under opioids

Because opioid molecules attach to the same receptors as our internal endorphins, they also influence the brain to recognize positive associations, deceiving the primordial reward system which evolved to maintain life.

Once an opioid user develops an addiction, the brain becomes fully dependant on these substances which immensely alter its chemistry and functioning.

Positive associations and environmental cues can include drug paraphernalia, the location where consumption took place, and even people with whom these drugs were taken.

All these associations and cues can induce powerful cravings, which often lead to relapse.

As a result, opioid compounds are considered the most addictive substances on Earth, and kicking the habit is extremely challenging.

Opioids also significantly affect dopamine levels in the brain, which is another reason why they are so addictive.

Simply put, they achieve this by switching off GABAergic neurons, which are in charge of stopping the brain’s pleasure and euphoria networks from working too hard.

Once these neurons are inhibited, the pleasure/euphoria segments of the brain get “flooded” with dopamine.

These combined effects strengthen the deep-rooted sensation that opioids are beneficial.

Another important aspect of opioid addiction is the withdrawal, which causes severe psychological and physical symptoms, including:

The first research study that we’re going to cover is a 2015 double-blind placebo-controlled human study (1), which was conducted on opioid-dependent individuals.

This study showed that a single dose of CBD significantly reduced cravings induced from environmental cues (such as drug paraphernalia) compared to a placebo, and also diminished overall anxiety.

The scientists behind this research concluded:

“The fact that patients with substance use disorders often present various psychiatric and medical symptoms that are reduced by CBD—symptoms such as anxiety, mood symptoms, insomnia, and pain—also suggests that CBD might be beneficial for treating opioid-dependent individuals.”

FYI – In a double-blind placebo-controlled study neither the doctors nor the testees know who is receiving a real drug, and who receives a placebo. These types of studies are considered the gold standard in testing the beneficiality of a substance because they act as a safeguard from what’s known as the placebo effect.

Another double-blind placebo-controlled human study (2) from 2019 looked into the effects of the FDA-approved Epidiolex (a natural CBD-isolate drug) on drug-abstinent individuals with heroin use disorder.

The research team explained their findings:

“CBD’s potential to reduce cue-induced craving and anxiety provides a strong basis for further investigation of this phytocannabinoid as a treatment option for opioid use disorder.”

The third study (3) looked into the safety of using fentanyl and CBD (400-800 mg) together on healthy individuals (non-opioid users), and concluded that CBD was safe and well tolerated when combined with fentanyl.

“Cannabidiol does not exacerbate (make worse) adverse effects associated with intravenous fentanyl administration. Co-administration of CBD and opioids was safe and well tolerated. These data provide the foundation for future studies examining CBD as a potential treatment for opioid abuse.”

Not sure how to dose CBD? Download Droppy – the app that calculates your perfect CBD dosage.

CBD shows great promise for several symptoms that arise as a result of opiate/opioid withdrawal, including:

CBD aids with insomnia by boosting tryptophan levels (5), which is a compound essential for the production of melatonin, a hormone made by the pineal gland which regulates circadian rhythm (sleep-wake cycles).

While the THC cannabinoid causes the psychoactive high and increases dopamine levels (8) (similar to opioids, but to a much lesser extent), CBD counteracts the psychoactivity caused by THC, and more importantly, it has an opposite effect on dopamine (9), decreasing its levels.

As we previously covered in the “Opioids and Dopamine” section, an increase in dopamine levels plays a very important role, both in the direct pleasurable effects and addictivity of opioids.

CBD’s decreasing effect on dopamine is suspected to be closely related to reducing opioid cravings.

Cannabidiol is a very versatile compound. It acts as an anti-addiction agent (by reducing the desire to consume opioids) and diminishes severe withdrawal symptoms.

There are several studies that point to the beneficiality of CBD for addiction.

A study from 2009 (10) looked into the effects of CBD on heroin-addicted rats.

The rats were trained to pull a lever to receive a heroin dose, and while the researchers found no difference in the amount of heroin that was self administered, they noticed a significant decrease in drug-seeking behaviour once the animals were taken off the drug.

Daily doses of 5 mg to 10 mg of CBD per kilogram prevented the rats from relapsing for up to two weeks after their final CBD dose was given.

What’s interesting is that CBD made no difference during heroin use, but it severely diminished cravings and drug-seeking behaviour once the animals were taken off of it.

A study (11) from 2018 found that CBD reduced the motivation to seek out and consume methamphetamine, and suggested that cannabidiol shows great potential for methamphetamine addiction.

Another preclinical research from 2018 (12) observed the effects of CBD on rats that were addicted to cocaine and alcohol, and also found promising results for relapse prevention with cannabidiol.

This study from 2016 (13) examined whether CBD could diminish dopamine levels or not, and how that would affect schizophrenia. The researchers used amphetamine to increase the amount of dopamine in rats, and found that CBD blocks the production of dopamine in the brain.

How much CBD for opiate withdrawal symptoms

Because opiate/opioid withdrawal symptoms are extremely burdensome and challenging, it’s important to consume adequate amounts of CBD if you’re planning to implement it in your regimen.

Participants in the human studies that we mentioned were using very large quantities of CBD (approximately 10-15 mg per kilogram), so if you’re looking to use CBD for opiate withdrawal, studies suggest it’s probably best to go big.

CBD is generally very well tolerated, and it produces no psychoactivity which is another crucial factor. You should consider starting light and working your way up, and for any dosage-related information please refer to our extensive dosing guidebook.

Also, keep in mind that CBD can negatively interact with certain drugs. CBD increases the effects of blood-thinning medications and the potency of both sedatives and seizure medications, for example, and can  inhibit the metabolism rate of chemotherapy drugs.

These effects happen because CBD blocks cytochrome p450 enzymes, the same as grapefruit juice, and these interfering effects are well-known and documented.

If you’re using any medication (besides opioids), please perform your due diligence and properly educate yourself on this topic before you begin your CBD regimen.

Because the CBD market isn’t well regulated just yet, it is essential to find a trustworthy producer as there are many swindlers taking advantage of this lack of regulation.

The best way to do this is by carefully inspecting the manufacturer’s website, reading comments on products, checking out their social media and so on.

You also need to make sure that the CBD producer uses third-party lab testing, which ensures the quality of their products (precise levels of CBD, THC, and so forth). 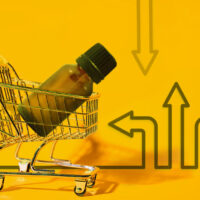 How to Buy CBD: Beginner’s Guide

Since research on the effects of CBD on opiate withdrawal is still in its early stages, it would be considered unwise to completely abandon FDA-approved medications.

Probably the best course of action is to implement CBD in your existing therapy and attempt to prolong the time between opioid doses.

If that proves effective, you can continue to gradually extend the breaks between opioids, until you completely terminate their use.

This is a very complex subject, so for any additional information feel free to leave a comment and I’ll respond as quickly as I can.

I'm beginning to stop synethic weed planning on using CBd and thc to help out... I've been using for a long time (6yrs). Do you have any info what I can use. I'm smoking a lot and I sleep (4hr) a night at most. I'm needing help and I've talked to a few people just gathering info . I've started taking cbd reg for the last 2 weeks to get it in my system. I'm sleeping a little more and when I use thc I go a bit without smoking the fake... any thoughts for me.. in advance thank you.

Hey Allen, since lab-made cannabinoids found in synthetic weed mimic (to an extent) naturally-occurring cannabinoids from the cannabis plant, using natural cannabinoids will definitely have a positive effect on your dependency. For withdrawal symptoms I would suggest using only CBD, as it shows great potential for addiction in general. But, for regaining overall health and balancing your entire organism as a whole I'd suggest using RSO (https://greencamp.com/rick-simpson-oil/), as its healing qualities are unprecedented. If you need anything else, please don't hesitate to reach out.