Skip to content
Home / CBD / CBD for Sciatica: A Look Into the Potential Treatment for Chronic Pain 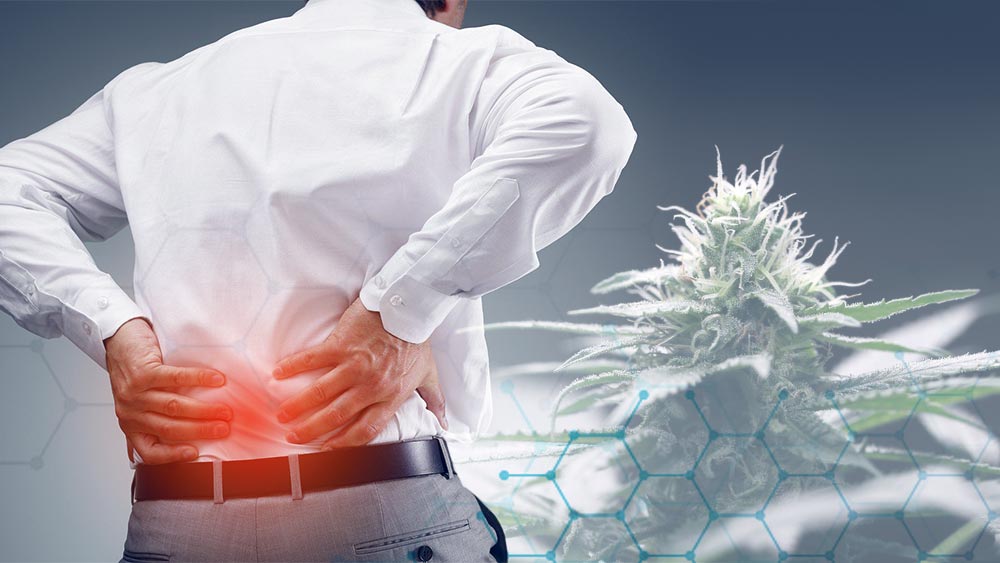 Though science hasn’t gotten far when it comes to using CBD for sciatica, results from existing studies show CBD can help diminish neuropathic pain and inflammation caused by this condition.

The studies primarily include research performed with Sativex, a drug that contains both CBD (non-psychoactive) and THC (the psychoactive component of cannabis).

Clinical research found that Sativex is very effective for treating neuropathic pain in multiple sclerosis (MS) patients, and this medication is available for MS patients in Canada.

Studies That Confirm The Effectiveness of a CBD-Containing Drug

During this study from 2006, patients with multiple sclerosis were given Sativex in the form of a spray, and researchers found that 8-12 sprays per day significantly diminished symptoms of MS, most notably neuropathic pain and muscle spasticity.

Researchers concluded that “Sativex is efficacious and well tolerated in the treatment of these symptoms”.

Researchers in a different study from 2007 summarized the efficacy and safety profile of Sativex for MS patients suffering from neuropathic pain, agreeing that cannabinoid-based medications are helpful:

“Cannabinoids including the cannabidiol/THC buccal spray are effective in treating neuropathic pain in MS.”

Finally, a 2008 study concurred that Sativex is beneficial for various types of pain:

Even though the aforementioned studies were focusing on the effects of CBD and THC used together, there are several studies that indicate that the use of CBD alone can prove beneficial for various types of pain.

This 2012 research mentioned that the use of CBD significantly suppressed both neuropathic pain and chronic inflammation in rodents, without causing any apparent analgesic tolerance.

A review from 2013 noted that orally-ingested CBD appears to be a promising compound for the treatment of chronic inflammation and neuropathic pain.

An animal study from 2016 used CBD gel on rats with arthritis and found that a dose of 6.2 mg CBD per day significantly reduced inflammation and pain.

Besides the sensation of neural pain, sciatica is often accompanied with inflammation.

One of the best anecdotal evidence showing CBD’s efficacy for sciatica comes from Brenda Davidson from Scotland. Esteemed UK newspaper Independent ran a story about her CBD treatment in 2017.

After suffering from debilitating sciatica for 13 years, she discovered CBD oil at the age of 55.

She mentioned in the interview that using CBD oil relieved the majority of her symptoms, and greatly helped her to reclaim her life.

How to Use CBD for Sciatica

There are three different methods of administration for sciatica, and they include:

It’s important to know that CBD oils and topicals have a quicker onset of effects, while CBD capsules require more time.

Oils and topicals require about 15 minutes to start working, while capsules require 60~90 minutes.

As for CBD oils, a dose of oil should be placed under the tongue with a dropper that comes with the bottle.

The dose should be left under the tongue for one minute, so the sublingual veins can absorb the CBD. Any remaining oil should be swallowed.

A single dose in the range of 15 mg to 20 mg of CBD is usually adequate to relieve symptoms for most users, while some users require larger doses (40 mg or 60 mg).

This theory mentions that some people have a dysfunctional endocannabinoid system, which is an internal bodily system through which CBD creates the majority of its effects.

If you don’t experience any beneficial effects, continue using CBD on a daily basis to “restart” your endocannabinoid system. This process usually requires several weeks.

While most users don’t experience any issues during their CBD treatment, a small percentage of consumers can experience side effects.

Reasons to why this occurs are still unclear, but a running hypothesis is that age, overall health and personal genetics of the user affect how they react to the treatment.

The main potential side effects of CBD include nausea, diarrhea, changes in body weight and appetite, and users who take large daily doses may also feel irritability and fatigue.

Another important aspect of CBD therapy is how this compound interacts with other drugs. 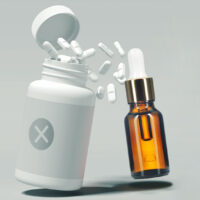 What Drugs Should Not Be Taken with CBD?

It’s crucial to note that products containing CBD can interfere with the metabolization (breakdown) of drugs that have a grapefruit warning on their packaging.

This occurs because CBD is metabolized by the same enzyme as those drugs, and that enzyme is called CYP3A4.

Elevated levels of an unmetabolized drug in the body are potentially hazardous, and should definitely be avoided.

2 thoughts on “CBD for Sciatica: A Look Into the Potential Treatment for Chronic Pain”