Skip to content
Home / Culture / Celebrities and Cannabis: A Partnership in Green Heaven 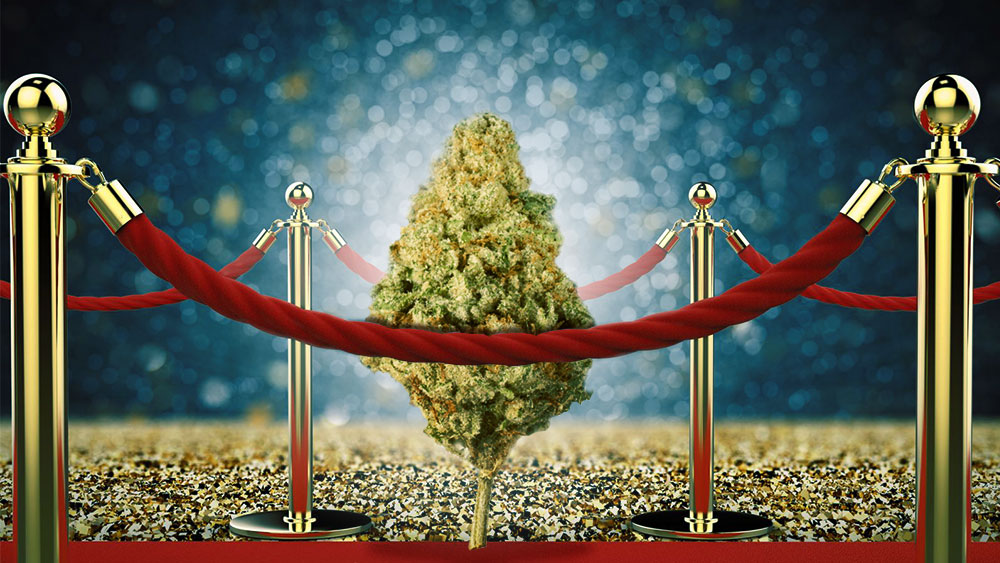 Now that cannabis is entering the mainstream, celebrities are hopping on the bandwagon in an increasing number with their own cannabiz ventures.

From Snoop Dogg to Martha Stewart and most recently Seth Rogen, celebrities are associating their name with cannabis, either with their own companies or in partnership with other cannabis businesses.

For some, like Rogen or Snoop Dogg, it seems like a natural extension to their brands, but the versatility of cannabis’ uses has allowed more unusual pairings, such as domestic guru Stewart.

Read on for an in-depth look at celebrities and cannabis – who has joined the green rush, why they may be an effective way to market cannabis, and the laws they have to contend with.

Cannabis and celebrities, a natural fit

They give instant name recognition, they already have a built-in fanbase, and for some like Rogen, who has played stoner-types before in his films, cannabis is a natural extension of their brand.

According to Tenzin Khangsar, executive vice president of True Leaf, a cannabis company that also offers hemp seed products for pets, celebrities and cannabis are a natural fit for each other.

“I don’t want to generalize, but especially [in] the creative community, call it Hollywood, it is kind of understood that [celebrities] always used [cannabis] quietly to inspire their creativity,” Khangsar said.

Khangsar also mentioned that celebrity athletes fit into cannabis marketing because some use cannabis under the radar to treat injuries, as opposed to using opioids.

“Many of the elite athletes we know and speak to, they’re using CBD,” he said, referring to the cannabis component that is non-psychoactive and has recently increased in popularity. “I think there is a natural interest in terms of [celebrities’] own professional careers, whether you’re a creative person, an actor, an athlete, to use cannabis to either heal or enhance your performance.”

True Leaf plans to pair with more celebrities in the future and has announced a partnership with brand ambassador agency Rozaay Management to attract that talent.

Other athletes, such as former boxer Mike Tyson or UFC fighter Nate Diaz, have made moves to be a part of the cannabis business.

Diaz vaped CBD in front of the press after one fight in 2016, saying that it “helps with the healing process and inflammation.” Since then, Diaz says he “banked out” in the cannabis industry, indicating his display worked out despite receiving a warning from the U.S. Anti-Doping Agency.

Tyson is getting in on cannabis in a big way. The former heavyweight champion opened a 40-acre cannabis farm and resort called Tyson Ranch in December 2017, located about 100 miles north of Los Angeles. He will grow cannabis on 20 acres of the property and use the other half for an edibles factory and resort.

Now that cannabis is legal in Canada and some states in the U.S., the drug is transitioning from its traditional stoner image to a cleaner, more mainstream one.

An “editorial whitepaper” from Smokereports.com released before legalization in Canada urged branding to move away from past cannabis slang that had “historical pejoratives,” such as “reefer,” and to move towards calling the drug “cannabis.”

“[Cannabis] is pivoting from taboo illegality to being multi-billion dollar companies like Canopy or Aurora,” Khangsar said, referencing two of the biggest cannabis companies, both based in Canada.

Part of that transition is due to the discovery of different cannabis benefits, some from previously unknown components, such as CBD.

This versatility allows celebrities to find their own unique angle when associating with the drug. Cannabis is now being added to a wide variety of products, such as topicals infused with CBD, edibles and hygiene products.

The transitioning of cannabis almost to a wellness product has allowed some surprising names to join the business, such as celebrities Gwyneth Paltrow with her Goop wellness brand, to Martha Stewart.

Paltrow’s Goop has teamed up with cannabis retailer MedMen on a range of products, such as a vape pen, bath bomb, CBD patch and cannabis-infused herbal tea.

Stewart will work with cannabis company Canopy Growth as an advisor on a line of CBD products, including pet products.

That new branding doesn’t mean that old school stoner-types are excluded from the industry, either, again showing the drugs’ versatility in branding.

The celebrities that come to mind quickly when you say “stoner” are Cheech and Chong, the comedic duo from the 1970s. Both Tommy Chong and Cheech Marin have since built their own cannabis companies, with “Chong’s Choice” and “Cheech’s Private Stash,” respectively. The former offers pre-rolls, flower, edibles and cartridges, while the latter has four unique strains.

Bob Marley is another celebrity name that can be branded seamlessly with cannabis given his affinity with the drug. His partner, Rita Marley, and their 11 children have created the Marley Natural brand, with products such as pre-rolls, flower, hemp salves and herbal remedies. They have received $75 million in funding from Privateer Holdings, a Seattle-based private equity firm, to allow the company to develop a line of cannabis products featuring the singer’s branding.

Willie Nelson is another name who was synonymous with cannabis even before getting into the cannabis business, which he did with flower, vape and edibles, such as hard candies.

However, Khangsar says that not any celebrity should get into cannabis.

For example, he said that True Leaf wouldn’t pair up with a celebrity that doesn’t like animals, but for one that does, like Kylie Jenner, it would be a good fit.

When that authentic connection is made cannabis companies can gain a lot from celebrity endorsements, especially since paid advertisement is of less significance these days compared to “influencer” marketing, according to Khangsar.

“We’re living in an era now where advertising is less and less tolerated,” he said. “In the absence of paid advertising, or what we call paid media, the next option is influencer marketing, or what we used to call good old school word of mouth reference.”

Khangsar says it is much more likely for a consumer to follow the advice of someone they trust than a paid advertisement.

He assured at his November 2015 launch party that customers can trust his products because of his pedigree in the area, saying he will select “the finest, freshest products in the game,” according to the Cannabist.

Leafs has gone to market with eight strains of flower, concentrates and edibles, which include chocolate bars, gummies and peanut butter candy.

“[Celebrity marketing] is obviously very effective,” Khangsar said. “When you look at someone like Kanye West who wore a Anti-Social Social Club sweatshirt once and that company went viral, I think that speaks to the power of celebrity endorsements.”

Laws are not always in favor

One thing companies do have to contend with with celebrity pairings are strict laws in Canada.

Under the Cannabis Act, the bill that legalized recreational cannabis in Canada, it is prohibited to promote cannabis “by means of a testimonial or endorsement, however displayed and communicated,” and “by means of the depiction of a person, character or animal, whether real or fictional.”

“The law is explicit and clear, that celebrity endorsement, lifestyle advertising is not allowed with cannabis,” Liberal MP and cabinet member put in charge of cannabis legalization, Bill Blair, told Global News in April 2018. “It’s not the government’s intention to promote the use of this drug … We are not allowing the heavy marketing that we’ve seen with other products, alcohol for example, and so there will be severe restrictions on things like celebrity endorsement and [company] sponsorship.”

The Cannabis Act does prevent brands from being named after an individual, which caused Canopy to change Snoop Dogg’s brand Leafs by Snoop to LBS in Canada when the law came into effect on October 17.

If a licensed producer is suspected of breaking any federal advertising rules, Health Canada officials say an investigation would be launched and appropriate action would be taken.

The workarounds are always there

That has not prevented Canadian celebrities from getting into the cannabis business, though, as companies have been finding workarounds to still reap the advantages of a celebrity’s name.

Licensed cannabis companies are still allowed to have business relationships with celebrities, which allows a form of earned media, if not paid media. That is the case with partnerships, such as with Snoop Dogg or Martha Stewart.

“I think what you’re seeing is it is not about paid media but about earned media … as a way to boost your brand,” Khangsar said. “You’ll see a lot of that, but [companies] can only benefit from the buzz, no pun intended, in terms of earned media. They can’t actively do paid media to celebrate their partnerships.”

Canadian rock band The Tragically Hip is another well-known name that has made a business partnership in the cannabis industry. They have paired up with Ontario-based Newstrike on the brand Up Cannabis. The Hip are not marketing the cannabis, but five of Up’s strains are named after the band’s songs, which appears to being using the band’s cache to sell the product.

The Trailer Park Boys also have a deal with New Brunswick’s cannabis company, OrganiGram. The cannabis producer has released Trailer Park Buds in June 2018 that includes custom blends and pre-rolls. A press release says the products are aimed at consumers who “appreciate a sense of humour and don’t take themselves too seriously,” seemingly building on the Trailer Park Boys comedy show that features cannabis heavily.

Celebrities creating their own cannabis companies or pairing with established ones seems to be a trend that is not going away as the cannabis industry continues to grow. With the versatility of branding cannabis, the continual research into its various benefits, and its lessening stigma, cannabis presents fresh ground for celebrities to brand it countless different ways – and customers are listening. 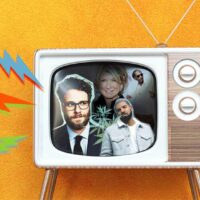