Officials in Raleigh, North Carolina, warned the public that a “potentially contaminated cannabidiol oil” has caused a spike in hospital emergency room visits.

N.C. Department of Health and Human Services said in a news release that there have been multiple cases of tainted CBD oil reported in the last few days.

There have actually been more than 30 reports of tainted CBD oil since December, with users having unexpected side effects, according to state officials.

Consumers of the product  were treated in emergency departments across North Carolina for symptoms such as altered mental status, hallucinations, seizures, and more.

So far, luckily, no deaths were reported by the public and state officials as well.

Not the first case of fake CBD oil

Let us remind you that this is not the first time that fake or tainted CBD oil has been sold to unsuspecting shoppers, as a similar case happened in Utah just months ago as well. 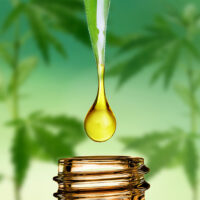 State Health Director Betsey Tilson stated in a release that “People should be aware that products labeled as CBD oil might contain other substances,” and she also suggested that these symptoms are not regular side effects of medical CBD oil use.

“The symptoms we are seeing that result in these emergency department visits are not typical for CBD oil use,” said Tilson.

Unfortunately, there are no images of the oil or its packaging available online, as none of those who felt side effects brought their bottle with them.

As mentioned before, these issues usually arise when there is not enough regulations and clear laws set in place.

In one of our previous articles, we discussed why it is of the utmost importance for the US Federal government to legalize CBD oil in all states and regulate the production and sales of the said oil. 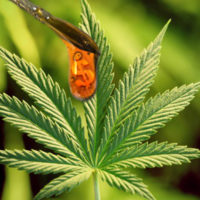 To report symptoms of poisoning or get answers on questions about tainted CBD oil, call the North Carolina Poison Center at 800-222-1222.