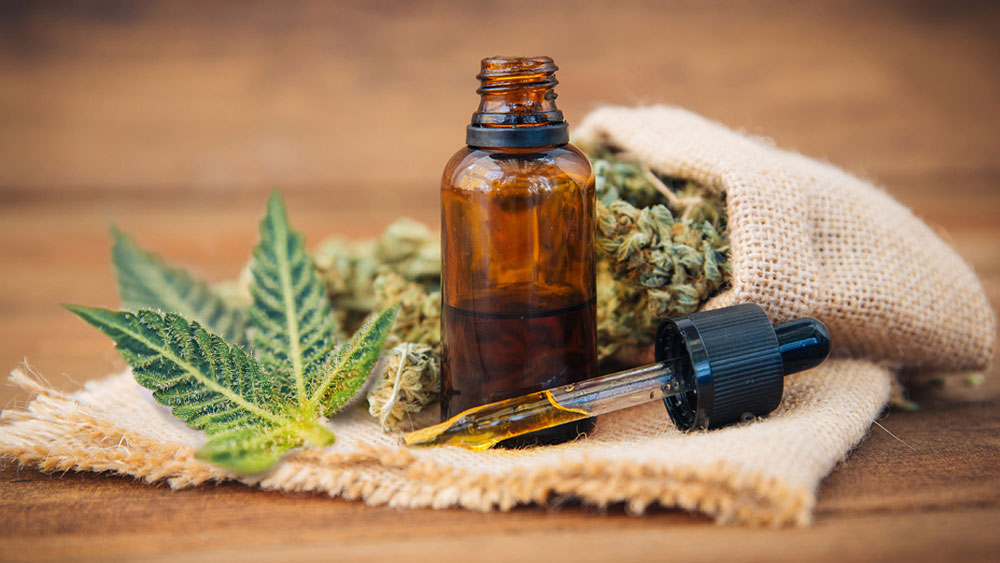 Cannabidiol, or in short CBD, is a non-psychoactive chemical compound found in all varieties of cannabis.

Unlike its mischievous cousin THC, it doesn’t create any mind-altering or hallucinogenic states of mind.

CBD works by interacting with the human endocannabinoid system, which is a physiological network that’s in charge of keeping the body in perfect balance on a cellular level.

The endocannabinoid system can be stimulated by three different kinds of cannabinoids:

Using strains that are potent in both CBD and THC can produce astonishing effects because of the so-called entourage effect, where the two cannabinoids and terpenes work with each other to boost their effects.

This synergic effect isn’t useful only for medical users — CBD actually lessens the symptoms of paranoia and unrest caused by THC.

Another very important thing to consider is the ratio between CBD and THC.

Marijuana produces biphasic effects, which means that in small doses its cannabinoids create one effect and that larger doses may create some utterly contrasting ones.

Tetrahydrocannabinol, for example, can make you paranoid in larger quantities and very carefree and laid back in lower doses, so if you’re trying to achieve a casual, non-intrusive high, stick to strains where THC levels are low to moderate.

Now that we’ve covered all the science behind cannabinoids, we can advance to the core of this piece, which are the actual CBD strains.

I will try to cover them with as much precision as possible, allowing you to have the most educated pick when choosing your perfect CBD strain.

If you’re from Canada, you can head over to Strainblazer, our tool that will help you find strains with desired THC and CBD levels.

One of the most recognizable high-CBD strains is definitely CBD Mango Haze, delivering from 1:1 to 2:1 ratio between CBD and THC.

It has a tropical aroma with the flavors of mango and pineapple being the most prominent. It’s also an energizing sativa dominant, and because of this a lot of medicinal users are drawn to it.

A crossbreed between Critical Kush and a ruderalis strain, Critical Cure has around 2:1 CBD to THC ratio, and percentages around 11% CBD and 5% THC.

It’s an indica-dominant which makes it a perfect tool for ending the day in a calm manner.

A very gentle “highness” can occur with Critical Cure.

With one of the most reliable expressions of CBD (almost always in a 5:2 CBD-THC ratio), Harlequin also has some sativa-dominant uplifting qualities, with very slight euphoric effects, and because of this, it’s one of the most sought-after CBD strains on the market.

The taste of these buds can range from sweet-like mango an earthy aroma.

Not sure how much CBD to take? Download Droppy – the app that calculates your perfect CBD dosage.

A cross between Harlequin and Sour Tsunami (which will also be included in this list), this hybrid can have some colossal CBD levels (20:1 CBD to THC), but this number is somewhat relative as some phenotypes have around 1:1 ratio.

The Harle-Tsu seeds have about a 75% probability to express their massive CBD levels, which makes this strain a perfect partner in crime for anxiety, pain and inflammation while keeping your mind clear and paranoia-free.

Besides the awesome rock n roll name, ACDC also exhibits an out-of-this-world CBD to THC ratio of about 20:1, with a staggering 19% CBD levels.

These stats make this strain a wondrous source of CBD, with an almost non-existent intoxication effect.

As far as the taste goes, expect an earth-like flavour with a pinch of sweetness in it.

As a crossbreed between ACDC and Harle-Tsu, you can expect some powerful CBD levels, of course, ranging from 1:1 CBD to THC ratio, to a mind-boggling 24:1 CBD/THC.

It’s was named for the legendary CBD trailblazer and cannabis advocate Lawrence Ringo, and with such a potent strain holding his name, his legacy will continue to endure.

Named after one of the greatest minds of our time, SHK was created from crossbreeding Harle-Tsu and Sin City Kush.

With three available phenotypes, CBD levels can range from 5% to 20% CBD, and the phenotype that has the most CBD exudes a 5:1 ratio of CBD to THC.

Expect a fruity/minty flavor with a twist of cherry, and a slight cerebral high.

With CBD ranging from 6 to 17 percent, and THC levels staying at under 6%, this hybrid strain delivers many medical benefits such as anxiety, pain, spasms and an instant relief from headaches, without the anxiousness and paranoia that can happen with too much THC.

Awesome for daily consumption, expect an earthy fragrance with a touch of citrus on your taste buds.

This strain has around 10-11% CBD, while the THC content stays at about 6-10%. It’s also one of the first strains bred specifically for its high CBD levels.

Stress, depression, anxiety, but also pain and inflammation are rapidly relieved with Sour Tsunami, which has a musky piquant flavor with some sugary connotations.

With a balanced CBD-THC ratio of 1:1 (and 5-10% of both cannabinoids), this 70% indica 30% sativa hybrid offers great medicinal benefits with a slight and pleasant THC-high feeling.

This strain is great for new cannabis consumers because of its perfectly balanced cannabinoid profile, but with this much CBD it also fantastic for medicinal users who don’t want to get too blazed.

This awesome strain has one of the lowest levels of THC (usually at around 0.3%), and CBD levels at 17%, so you can expect serious medical possibilities with minimal psychoactivity related to THC.

Charlotte’s Web was made famous back in 2013 when it helped a little girl named Charlotte who’s suffering from Dravet Syndrome, a type of epilepsy with numerous seizures a day.

Because of the practically non-existent THC concentration, it’s extremely suitable for pediatric use.

This Cannatonic / Sour Tsunami hybrid has an equal range of about 10% CBD and 10% THC, making it a clear-headed and casual option for those looking for CBD health-benefits.

The high CBD levels keep the THC mental attack in check, and the flavor of this strain is also very rewarding, with a mixture of citrus sourness and earth-like aroma. Great for daytime use because of the generally upbeat vibe it brings about in people.

Another 1:1 CBD-THC strain, Pennywise is an indica cross from Harlequin and Jack the Ripper, with levels of both cannabinoids ranging from 12% to 15%.

This “dreadful” strain is amazing in battling for a great number of health issues including arthritis, epilepsy and cancer manifestations.

Because of the balanced structure and delicious flavors of coffee and pepper-bubblegum, Pennywise is ideal for daytime sessions.

A new strain coming from Oregon, Corazon is an ACDC x Charlotte’s Web cross, and it really packs a CBD punch, because testing confirmed levels of 22,5%CBD and only a 2.70% THC.

This makes Corazon (which is still only scarcely available), the highest scoring CBD strain on planet Earth at this very moment.

This of course means these buds have a wicked healing potential, with a minimal psychoactive trait of tetrahydrocannabinol (THC).

A 50-50 indica sativa hybrid, Valentine X has a staggering 25:1 CBD to THC ratio, making it one of the go-to strains for a bunch of health issues, like seizures, inflammation, and even cancer.

Named after a saint of love and courtship, St Valentine is also a patron saint of epilepsy, and this strain was given this name because CBD is currently the most powerful medicine for these types of seizures. 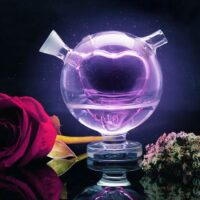 From Naughty to Nice: Our Guide to a Perfect (Weed Lovers’) Valentine’s

An indica-dominant hybrid, CBD Critical Mass produces a ratio that ranges from 1:1 (CBD/THC) to about 2:1 (CBD/THC), and the growers report that it’s genetic parents are the famed Critical Mass strain and an unknown CBD-potent strain.

This hybrid is known to produce generous yields and is generally perfect like so many other strains in this list for a massive array of medical issues.

Think we’ve left some awesome strain in the dark?

If so, make sure you let us know in the comment box. 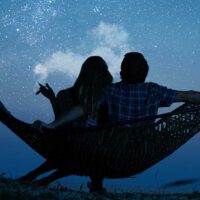 Cannabis and Dating: How Weed Is Changing the Dating Game