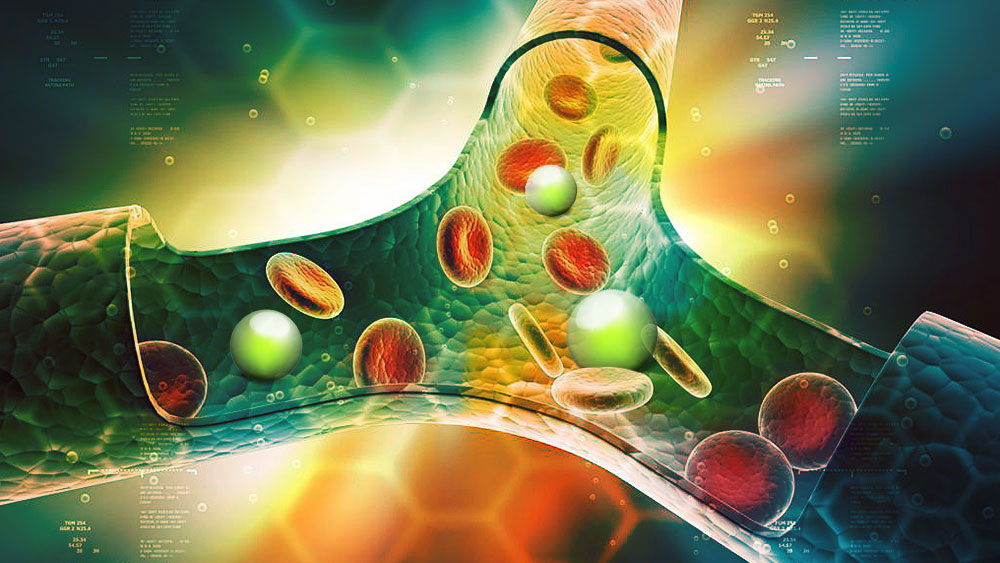 Grasping the complex interaction between the immune system and cannabis might be complicated at first. But once you grasp the connection, your sense of awe for how our organism works will rekindle.

To fully understand how cannabis affects the immune system, we first need to break the topic down into several important parts. Let’s start with the endocannabinoid system.

The endocannabinoid system is home to a vast network of cells that have cannabinoid receptors on them.

There are many different types of cells that have these receptors, and they are scattered all across the body and brain.

They are located in practically every system of the body, including the central nervous, immune, circulatory, digestive, reproductive, respiratory, endocrine, lymphatic and muscular system.

Apart from the cells that have cannabinoid receptors, the ECS also includes internal compounds that influence these receptors.

They are called endocannabinoids, and they’re structurally very similar to cannabinoids found in cannabis.

Both the endocannabinoids and cannabinoids from cannabis trigger specific responses from each cell that they influence. Whether the response will have a positive or negative impact on our organism depends on several important factors.

In order to comprehend how a single cell reacts to these molecules, we first need to understand the purpose of ECS.

The sole function of the endocannabinoid system is to maintain balance within the numerous different systems that make up an organism.

Besides humans, all vertebrates have this system, alongside many other non-vertebrate life forms.

The endocannabinoid system is very adaptive, which means it can “sense” or “perceive” when something is wrong within a single cell (or a group of cells). If it senses an error, the organism will create both endocannabinoids and cannabinoid receptors on demand, so the ECS has a way to intervene on a cellular level.

Unfortunately, numerous genetic abnormalities and degenerations, as well as negative outside stimuli like bad diet, pollutants, and lack of exercise incapacitate the endocannabinoid system, preventing it to function properly.

Cannabinoids from cannabis rejuvenate the ECS, paving the way for more receptors and more endocannabinoids to be synthesized.

One of the ways cannabinoids influence the ECS is by stimulating a specific response from the immune system.

This is called an immuno-cannabinoid modulation, and it means that once stimulated by cannabinoids, the immune cells that have cannabinoid receptors will change the way they behave and regulate how our immune system performs as a whole.

Cannabinoids can suppress the immune system

Cannabinoids are able to suppress the immune system, and they achieve this by decreasing overall inflammation. (1)

Inflammation is a completely normal bodily response to any external threat or infection. Misinformed people tend to perceive inflammation as a negative occurrence, but the truth is not that straightforward.

Inflammation helps to locate, isolate and ultimately trap the infected or damaged parts of our organism, leaving healthy sections safe and unharmed.

In these instances, it would be absolutely detrimental to decrease inflammation, because the infected cells could roam freely throughout our body, causing additional harm without the inflammation process isolating the threat.

However, sometimes the immune system needs to be suppressed.

This is the most evident in autoimmune diseases, where the immune response goes haywire and “attacks” the person’s body through excessive inflammation.

This constant activation of the immune system causes chronic inflammation, which can have devastating effects on one’s general wellbeing.

Conditions that are most affected by chronic inflammation are:

For all these conditions it is crucial to suppress the immune system response, which can be achieved by consuming precise and regulated doses of cannabinoids.

Check out our free dosage eBook where we teach you how to consume cannabis (THC and CBD) in order to get a maximal therapeutic effect, with the help of Dr. Dustin Sulak.

There are also conditions where an overly active immune system is the main culprit for the creation of the disease and they are:

Cannabinoids can strengthen the immune system

Unlike the instances of suppressing our organism’s defenses, there are cases where cannabinoids can do the exact opposite—strengthen our immune system. (2)

This function is best visible in the case of cancer and HIV/AIDS patients.

One aspect that differentiates these conditions from the ones I previously mentioned is a severe drop in the overall immune capacity. 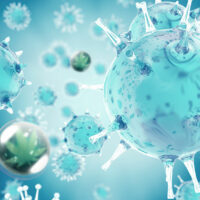 Does Cannabis Have Potential Use in the Treatment of HIV?

Active chemical compounds from cannabis are able to trigger apoptosis in cancerous cells. (3)

Apoptosis is a “genetic program” within a cell that determines if that cell should live or die.

Rogue cancer cells don’t react to triggers that are in normal circumstances enough to cause apoptosis (self-destruction) of that dysfunctional cell. This inability to perform apoptosis allows the cancer cells to spread rapidly across our body without any resistance from our natural defenses.

Cannabinoids “force” certain cancerous cells to “realize” that they are defected, making them perform this cellular suicide.

Other ways cannabinoids increase the functioning of the immune system in regards to cancer include slowing down cell proliferation (division) and preventing certain tumors to metastasize. (4)  (5)

Read more about the complex connection between cannabis and cancer.

With HIV/AIDS the virus is responsible for controlling the immune system, causing it to function in a weakened capacity, which makes the body exposed to numerous different infections and diseases.

In 2015, a study showed that patients who ingested cannabis had much lower viral loads from patients who didn’t use it. (6)

For the unacquainted, viral load is a term used to describe the number of HIV’s ribonucleic acid (RNA) copied in a patient’s blood.

HIV patients participating in this study had higher CD4-cell numbers. CD4 cells are a subtype of T-cells, which are the immune system’s killer cells in charge of locating and eliminating pathogens and other malicious microorganisms, including HIV.

Another study showed a 20% increase in the number of two T-cells (CD4 and CD8 cells) in patients who used cannabis, compared to those who didn’t. (7)

There was also a 10% T-cell increase in patients who used dronabinol (which is an artificially created synthetic THC, the most prominent cannabinoid found in cannabis), which is about a 10% smaller T-cell count than in patients who smoked real cannabis.

The effect of cannabis and cannabis-derived compounds on the immune system is a very complicated topic because there are many different conditions and diseases that make this system work either too hard, or too little.

The most important thing to consider here is the adaptive nature of the endocannabinoid system, which directly determines the type of reaction our cells will express once they are triggered by cannabinoids.

There’s another essential factor for a fully functional treatment with cannabis. A precise quantity of cannabinoids to be ingested can be advised only if taking into account what’s troubling you personally.

It’s also important to establish an adequate cannabinoid type for the treatment. For some conditions, it is better to use cannabis products that contain only THC, while other conditions are much better treated with CBD.

THC and CBD should be used together for most disorders treatable by cannabis because they interact with each other and terpenes, maximizing their therapeutic potential in what’s colloquially known as the entourage effect.

Consuming cannabis can undoubtedly help with many conditions where the immune system is plagued, but to take full advantage of the healing powers of this plant, two factors have to be followed—a personalized regiment of use, and a carefully selected strain (or some other form of cannabis), which has a desirable quantity of cannabinoids in it.

To help you find an optimal strain, we made a tool called Strainblazer which uses findings of research studies to profile the best strain for any given condition (or a set of filters).

Much Love, Much Respect for addressing the subject, but this article sorely needs an editor.

Thank you for the input Roger, I've told my editor to go through it... sometimes it's a bit hectic here at Greencamp. http://rogernilsson.com/ seems amazing btw

hej Marco , is it ok for you that I translate this article into swedish and present it on mig side or an live ? With warm regards Gabriele

Hey Gabriele, sure it's all right, just try to paraphrase as much as possible, so the article won't be identical.