Skip to content
Home / Basics / Khat: A Natural Stimulant, or a Harmful Drug? 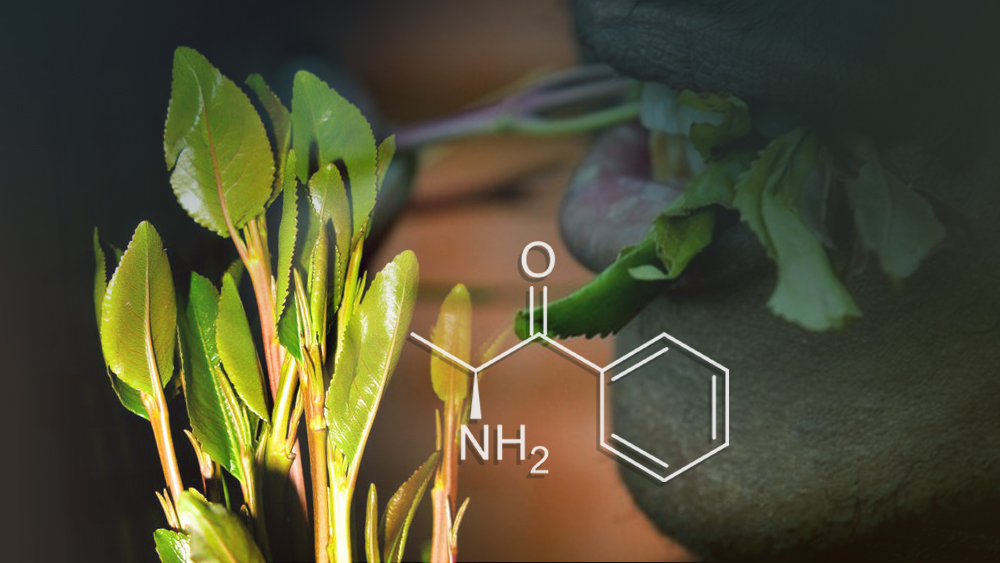 You’re in for some pretty educational khat session, so no time to waste.

Similarly to weed, khat is a plant and a stimulant that is legal in some countries and illegal in others.

Because of its stimulating properties, there’s room to wonder whether it poses a serious threat to human health, or it’s more like coffee and alcohol – legal and used in most corners of the world.

We’ll investigate both sides of the story in this article.

Khat is a slow-growing tree, reaching up to 10 m (33 ft) in height, and has evergreen leaves.

Fresh stem tips that are used for human consumption have a reddish hue and are covered with small green leaves.

How was khat discovered?

In the Horn of Africa and the Arabian Peninsula, the tradition of chewing raw khat has been persisting for thousands of years, similarly to the coca-leaf practices of South America. In these regions, it predates coffee consumption.

The earliest known documentation of khat is found in a medical scripture from the 11th century by Al-Biruni, who was a famed Iranian scholar.

There are also some indications that the Ancient Egyptians used khat for ceremonial/ritual purposes, although these claims aren’t completely substantiated.

What is khat used for?

Khat is a stimulant and is primarily used for its energizing and euphoric effects.

The use of khat is culturally intertwined with social gatherings in the regions it was first discovered. It’s also commonly used by people from these regions living throughout the world.

The plant is predominantly consumed by males, whether just for fun or to reduce fatigue and hunger.

What does khat contain?

The active compound of khat is cathinone, which increases dopamine release in the central nervous system, and diminishes serotonin, epinephrine and norepinephrine levels.

In order for the khat plant to have powerful effects, it has to be consumed fresh, because cathinone quickly breaks down into cathine (in approximately 48 hours), which is a less potent variation of the same compound.

Today’s advanced transportation system allows the khat plant to reach faraway places while it’s still fresh, which wasn’t the case with its local use historically.

What are the effects of khat?

Khat induces feelings of excitement, euphoria and satisfaction (similar to the effects of amphetamine and cocaine, but much less potent), and increases the blood pressure and heart rate.

It can also induce dry mouth and blurred vision.

Chewing fresh khat usually results in a pattern that starts with the user feeling euphoric and imaginative, which is followed by the irritable phase. The pattern ends with the user experiencing depression, lack of appetite, and difficulties sleeping.

How is khat used?

The traditional (and most common) way to use khat is by chewing fresh stems and leaves. Cathinone gets into the system through the mucous membranes in the mouth.

The fresh stems are usually chewed for half an hour. The bitter juices are swallowed, while the used plant material is spat out.

Khat is typically slowly chewed over the course of several hours in a social setting, during which a user consumes several hundred grams in a single evening.

It is usually served with sweet tea or other high-sugar beverages that help mask the tannin-like taste (khat has a “drying” aftertaste similar to red wine). Users are advised to hydrate properly as it speeds up the metabolism, causing frequent trips to the bathroom.

Another way to consume khat is by making tea from the plant.

Since it’s made with dried leaves, the cathinone in this case already broke down into cathine, so the effect of khat tea is much less potent compared to chewing fresh stems.

The current scientific consensus is that khat creates a chemical dependency (similarly to cannabis). Being dependant on a substance creates much less severe withdrawal symptoms than a full-blown addiction caused by harder (partially or fully synthetic) drugs.

This study (1) from 1994 was looking into the effects of khat (more precisely the active compound cathinone), by analyzing the mood, blood pressure, and activity of six participants who had never tried khat prior to the research.

Another study (2) observed khat addiction risks on primates. In this research, the subjects were trained to push a lever in order to receive a khat reward.

As their cravings grew, the primates were pushing the lever with an increased frequency, which corroborated the dependency risks associated with khat.

Withdrawal symptoms of khat can include lethargy/apathy, hot flashes, and a powerful desire to consume the plant (lasting at least a couple of days). The severity of the withdrawal is in direct correlation with the frequency of use.

What khat does to your body

Short-term effects of this plant include:

Long-term risks associated with khat include:

Another effect of prolonged khat use is tooth decay (4).

The most prominent dental issues associated with khat include:

Where is khat grown?

Countries that produce the most voluminous quantities of khat include Yemen, Somalia, Ethiopia, Uganda, and Kenya. Countries of Southern Africa including Swaziland and Mozambique also produce significant amounts.

To paint a picture of how popular khat is in these countries, I’d like to point out that approximately 40% of Yemen’s water supply goes to irrigating khat crops, and there are some estimates that khat farmers make five times more than fruit farmers in Yemen.

Over the course of several decades, the production of khat grew tenfold in Yemen, with an annual growth of 10-15%. Another fascinating piece of information is that khat makes about 30% of Yemen’s entire economy.

Countries where khat is legal

Khat is legal in Yemen, Ethiopia, Somalia, Djibouti, Kenya, Uganda, Thailand, and Israel, where it can be sold and used only in its natural unaltered state, and it’s mostly consumed by the Yemenite Jewish community.

The use of khat is completely unregulated in South America (making it legal). Cathinone/cathine is used for several weight-loss formulations that are sold across the continent.

What schedule of drug is khat?

Since 1993, cathinone (the active compound in khat) is a Schedule 1 substance in the US.

In Canada, khat is a Schedule 4 substance, which means it cannot be obtained without acquiring a physician’s approval.

The UK banned the use of khat in 2014, making it a class C drug. Prior to the change in regulations, the UK was one of the biggest importers of khat (20 tonnes daily), due to the great number of immigrants from Yemen, Somalia, and Ethiopia.

Importing khat for any type of personal use is illegal in Australia. It can be brought into the country solely for scientific/medical research.

What happens if someone overdoses on khat?

Since khat is a relatively mild stimulant, a user would have to chew truly colossal amounts in a single session in order to seriously endanger her/his health.

The adverse effects of khat are generally tied to long-term consumption, but an excessive single session could definitely cause a heightened state of euphoria and disinhibition (hypomania), which is more than enough to frighten someone.

If you’ve ingested too much khat, it’s very important to keep in mind that these intense sensations are only temporary, and will subside in a couple of hours.

There are also strong indications that khat use poses a serious health risk for people suffering from heart disease.

The study (5) (published in the Journal of the American Heart Association) followed over 7,000 people from Yemen, Saudi Arabia, Bahrain, United Arab Emirates, Qatar, and Oman for one year.

From those seven thousand participants, 19% were khat users, and researchers concluded that khat users have a higher risk of stroke and heart failure than non-users.

Even though they had lower rates of diabetes and stroke-risk factors, khat users had an overall greater risk of complications, stroke and heart failure than non-users.

During the year when the study took place, the death rate was ~19% for khat users, compared to ~11% for non-users.

The team behind the study added that some factors influence the risk for khat users: 1) a tendency to delay seeking medical attention for symptoms, and 2) the fact that khat interferes with the functioning of drugs that prevent blood clotting, which are frequently prescribed to patients suffering from heart diseases.

Why is khat illegal

Even though khat definitely creates some negative effects in the long run (especially if it’s consumed excessively), this can be said for many substances that are legal worldwide. Alcohol is, of course, the first one that comes to mind.

It all boils down to cultural differences. People who are traditionally bound to using this moderate stimulant, but can’t because it’s illegal, will just have to get used to the less rewarding legal vices of the Western world.

3 thoughts on “Khat: A Natural Stimulant, or a Harmful Drug?”