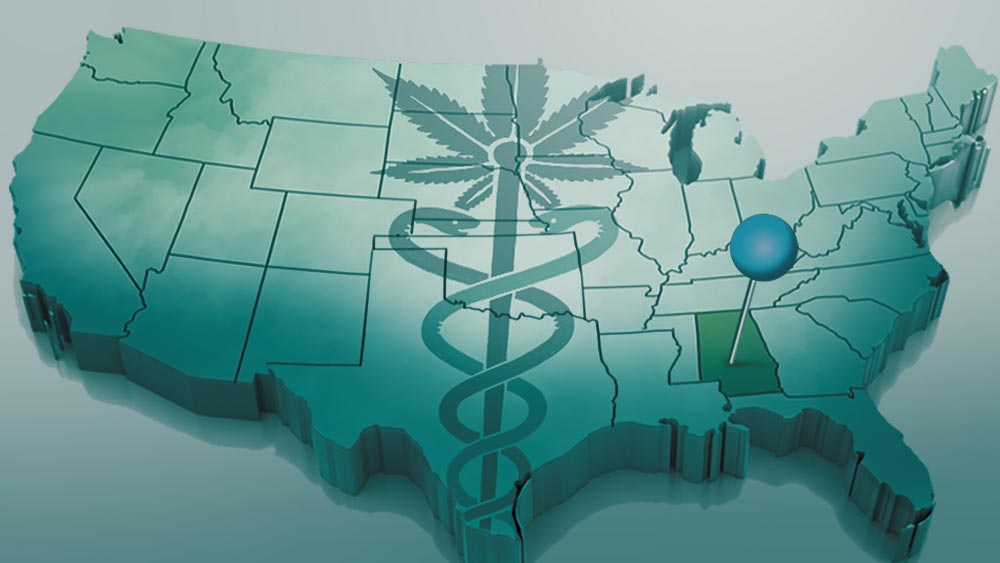 Lawmakers in one of the last remaining US states where medical marijuana isn’t legal approved a bill that would allow patients in Alabama access to cannabis-based treatments.

This week the Alabama Senate Judiciary Committee voted 8 against 1, with one abstention, to move along a bill that would legalize cannabis for medical purposes in the state.

The bill introduced by Republican Senator and anesthesiologist Tim Melson will now advance to the full Senate for a vote.

Melson’s bill would allow physicians to recommend medical marijuana for 15 different conditions, including cancer, opioid addiction and PTSD, and envisions a 9% sales tax on cannabis products. Smoking or vaping cannabis would remain prohibited.

Wednesday’s vote was preceded by a public hearing during which both advocates and opponents of marijuana reform spoke about their experiences with cannabis. One woman, Cristi Cain, shared the story of her 8-year old epileptic son, who she claims had over 100 seizures a day prior to taking CBD oil.

These seizures dropped by more than half after her son Hardy began taking CBD, she explained.

In 2016, Alabama approved a bill known as Leni’s Law that decriminalized cannabidiol for certain medical conditions, including seizure disorders.

Arguing against the legalization of medical cannabis, Captain Clay Hammac, commander of the Shelby County Drug Task Force, warned that the bill is only a stepping stone to decriminalization.

Marijuana’s complicated status as a Schedule I substance in the US has hindered research efforts for decades.

Anecdotal evidence, supported by some studies, suggests the plant is beneficial for the treatment of a number of conditions, however, scientists continue to warn that more marijuana research is needed.

Over in Europe, an ambitious project to study the potential benefits of medical cannabis is kicking off. Project Twenty21 will look at 20,000 patients in the UK suffering from chronic pain, anxiety, MS, PTSD and other conditions, and the efficacy of marijuana as a treatment.