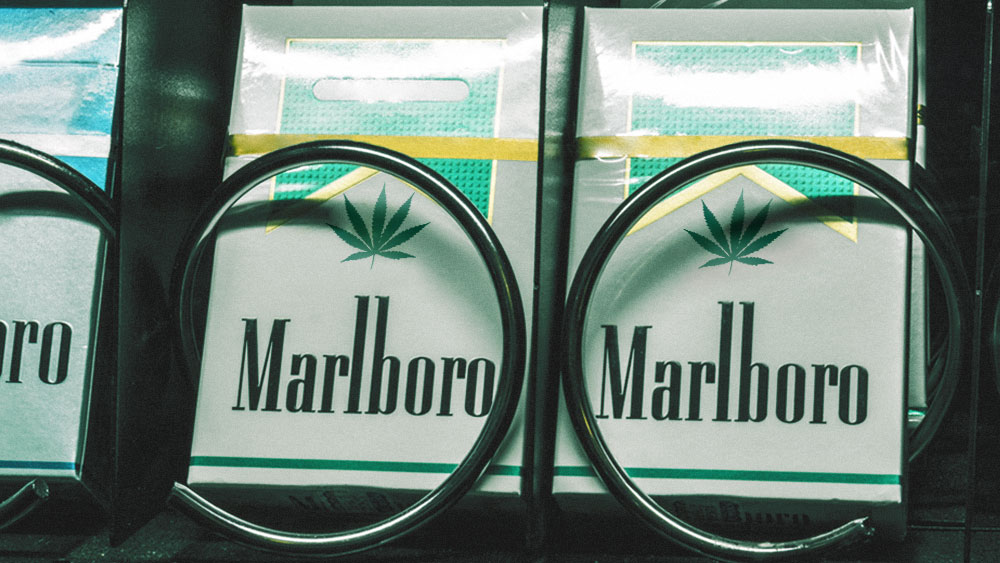 Licensed producers in Canada are making deals left and right with various partners in hopes of improving their status on the market and building a recognizable brand. Are we going to see a partnership with Big Tobacco soon?

Branding is a big part of building your company. Every CEO wants their company to have a recognizable brand with which people associate quality and good products.

However, branding can sometimes be more about appealing to your customers than just having a good name and product.

Cigarette companies, such as Marlboro, should be the first to come to mind when you think of branding because they became so good at it that many institutions had to introduce legislation just to fight them.

Other industries, such as the soda and liquor industries, are also experts at this, which is further proof that Canadian LP’s that made deals with them are headed in the right direction, at least as far as branding matters.

Why is branding cannabis so hard?

Branding cannabis is not the same as branding tobacco or alcohol products, seeing how cannabis is still not in the same category in the eyes of many users.

By many, cannabis is simply a necessary evil that is here and it isn’t going anywhere, so why not make it legal and make some money from it, similar to cigarettes and alcohol.

On the other hand, there are those that believe cannabis to be sort of a hero in the fight against tobacco, opioids, alcohol and other drugs, but still, it’s a drug nonetheless and doesn’t deserve to be branded.

The cannabis industry is a lot like the cigarette industry in a sense that the two products are pretty similar — both are a plant that is sown and reaped, but the tobacco industry is already much further ahead.

Tobacco companies have built their brands for almost a 100 years by contributing to various organizations, charities, sports clubs, and all other sorts of organizations.

When shopping for cigarettes, all you need to say now is just the name of the brand and the type of cigarettes that brand produces, ex: Marlboro Red’s, and you are on your way.

But cannabis companies won’t have that privilege for a very long time, maybe even never, because cannabis doesn’t really work that way.

Cannabis companies won’t be able to build their brands aggressively, based on the laws that the Canadian federal government has introduced this summer, so they will be missing out somewhat.

No, these companies will have to find other ways of building awareness about their brands.

You see, shopping for weed is a lot like shopping for a good melon—you don’t know what you are looking for until you’ve smelled and felt a couple, right?

Cannabis users don’t care which producer made their cannabis flower as long as it smells good, has a decent texture to it, and most importantly, they appreciate good experiences and they always come back for more.

However, cannabis flower can be different from time to time, even if it’s made by the same producer, and batches can be very different from one to another as well.

So, if you were at a market, you wouldn’t really care that the melon you are looking to buy doesn’t have a sticker, as long as it’s the best melon on that particular market stand.

This is why licensed producers that are making mass-produced cannabis are never going to be popular with cannabis smokers as much as some of the small-time growing ops.

Those same producers are also on the forefront of making deals with big alcohol companies such as Molson Coors, Constellation Brands, and many more to come in the future.

By making these deals, cannabis producers are effectively expanding the palette of their products, which is also raising awareness of their brands on the business side, rather than the user end.

Once these cannabis-infused drinks and edibles are legalized and start having a real impact on the market, only then will we see the real benefit these deals have made.

It is my firm belief that branding infused products will be a much easier task, similarly to how you can’t brand tobacco leaves, but you can brand boxed cigarettes.

Branding cannabis will definitely be one of the biggest challenges that these licensed producers will have to overcome, and we will be lucky enough to see it happen before our own eyes.