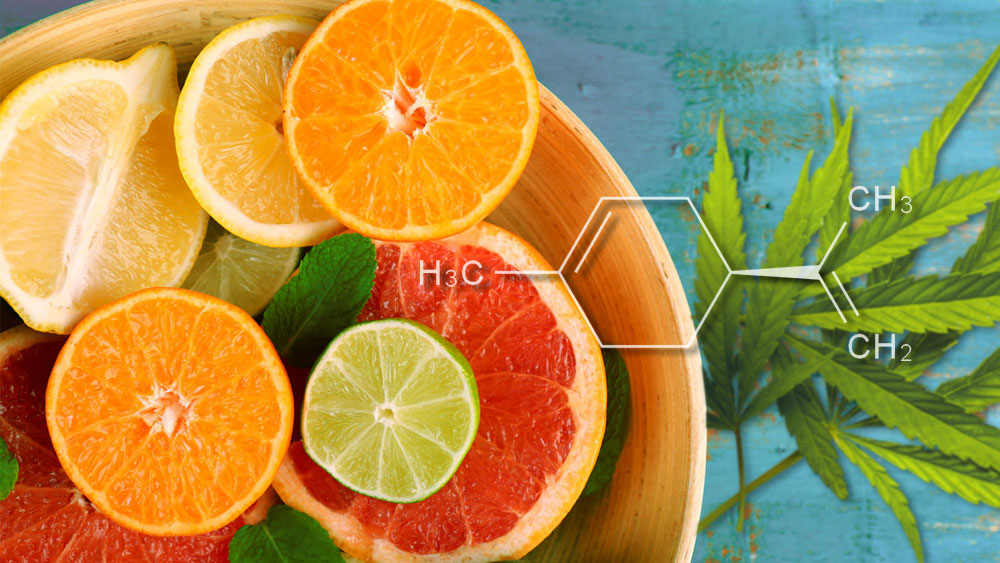 Limonene is a monoterpene found in the skin of citrus fruits like lemons, oranges, grapefruits, limes and pomelos.

Limonene belongs to a group of compounds called terpenes — which are volatile aromatic molecules produced by plants to either deter herbivores or to attract the predators and parasites of these herbivores.

Terpenes are also constituents of many plants around the world, including cannabis, where they play an important role.

List of Major Terpenes and Their Health Benefits (Chart)

Because of its versatility, limonene is used in dietary supplements, cosmetics, bathing products, and perfumes.

It is also frequently used as an ingredient in cleaning products, and because of its combustible nature, it’s considered as a possible bio-fuel in the future.

Because it can be extracted from plants other than cannabis, the research on the effects of limonene is quite extensive.

Limonene has shown promise as an:

It also shows promise for treating:

Limonene also enhances the way our body absorbs cannabinoids and other terpenes, either through the mucous membranes, digestive tract, or the skin.

Let us now explore what the recent clinical research has to say on this amazing terpene.

Studies on the health effects of limonene

Note: When reading this research, keep in mind that these studies were conducted using therapeutic doses of pure limonene. For example, the patients in the first study were taking two grams of limonene daily. Cannabis only has a trace or very small amounts of limonene and using cannabis does not guarantee any of the health benefits found in these studies.

Both of these preclinical studies were conducted at the Cancer Center of the University of Arizona and found that limonene indeed helps with the reduction of cancer-cell proliferation (1). Introducing limonene to the cancer cultures also reduced the size of the analyzed tumors.

The first study analyzed samples from 43 women who had this early stage breast cancer.

The other preclinical study found that from 397 identified metabolites, 72 significantly reduced in size after limonene administration. The authors of the study concluded:

“Future controlled clinical trials with limonene are necessary to determine the potential role and mechanisms of limonene in the breast cancer prevention setting.” (2)

2011 — The University of Arizona Cancer Center

This preclinical study was also performed at the Cancer Center in Arizona, on cell cultures and animals. Limonene from citrus peels displayed promise for treating cancer, showing upon ingestion a wide range of chemopreventive and chemotherapeutic effects. (3)

Perillyl alcohol (which is the analog of limonene) was also tested, and while it also showed promise and even more powerful effects, because of the high toxicity of perillyl alcohol the clinical trials were stopped, and the scientists continued to focus on limonene.

Unlike perillyl alcohol, limonene was very well tolerated, and even as its mechanisms aren’t yet figured out by the researchers, the anti-cancer and immune modulating effects are more than verifiable.

Mainly observing the inducement of apoptosis (cell-suicide) from the introduction of the terpene limonene, this particular study also examined its chemopreventive and antiproliferative effects on skin tumor cultures of mice.

The results showed that there was a significant reduction in tumor size, and limonene was also slowing down the overall progress of the examined skin cancers. (4)

The team in charge of this research concluded that the combination of several beneficial effects of limonene including the diminishment of inflammation, lessening of oxidative stress and apoptotic inducement make this terpene a great ally in the battle against skin carcinoma.

Conducted on perillyl alcohol, or POH (which is a metabolite of limonene), this research examined the effects of POH on patients who have recurrent malignant glioma, more precisely glioblastoma (also called GBM).

The team was looking into the potential and efficiency of intranasal administration of POH, in regards to halting and arrestment of gliomagenesis (the advancement of GBM).

The research was conducted on 89 adults with recurrent glioblastoma who received 440mg of POH on a daily basis, and 52 adults who only received supportive treatment, without perillyl alcohol.

The results of this study showed that the group who was administering POH survived significantly longer, and the side effects of perillyl alcohol were practically nonexistent, even with patients who were using it for a period of over 4 years. (5)

Focusing on the anti-inflammatory and tissue healing properties of limonene, this study analyzed its effects on macroscopic and microscopic lesions. Limonene and its metabolite perillyl alcohol showed significant influence on the reduction of severeness of skin lesions, expediting the healing processes.

The scientists concluded that limonene acts as a powerful apparatus for epidermal healing, and can also be used as an effective anti-inflammatory medicine. (6)

This study from Japan also focused on the anti-inflammatory effects of limonene, obtained from the peel of Yuzu fruit (citrus junos), which is used as a traditional medicine for centuries, and studied it on human eosinophilic leukemia cells.

The results of their research entails that limonene shows promising potential on treating bronchial asthma. (7)

There is a lot more research which proves the helpfulness of this molecule for a wide variety of diseases and ailments. We’ll now divert our attention on the strains which are most abundant with this amazing terpene. 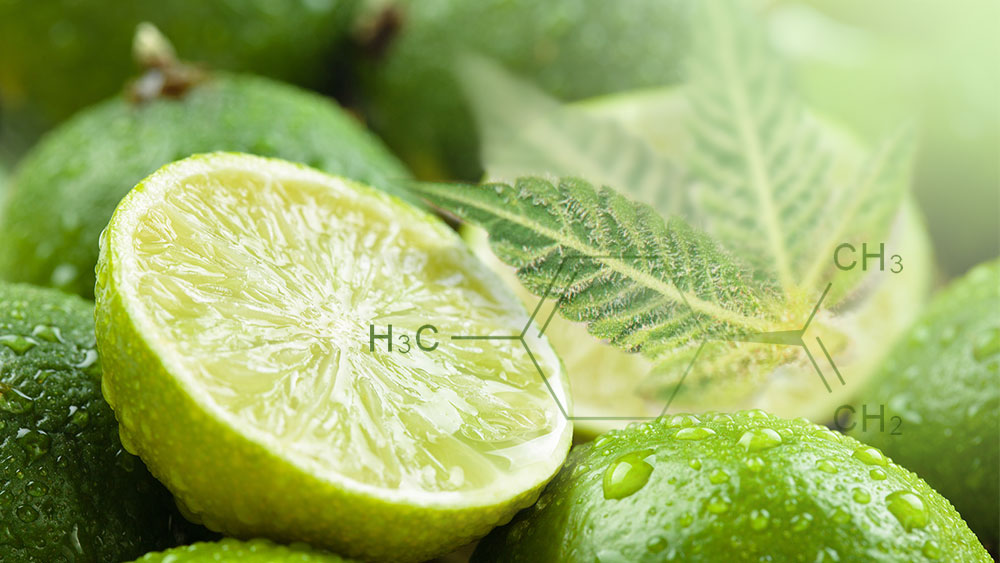 Because of its high THC levels, this potent Indica is perfect for chronic pain and insomnia, but it also produces some powerful munchie effects. The rich aroma of Kosher Kush is predominantly citrusy but also has a luxurious earthy note to it.

As a direct descendant of the famed OG Kush strain, it has won two Cannabis Cup’s for Best Indica in 2010 and 2011.

This specially bred medical strain has a refreshing lemon-like limonene aroma to it, and because of its high CBD levels, it’s perfect for epilepsy patients, as well as those seeking relief from anxiety, Parkinson’s, and inflammation.

Besides the citrusy taste, CBD Medihaze also offers a rich minty and honey flavors to the mix.

This blend is a mixture of several Sativa strains which are pre-milled for easier consumption by the consumer, and the fragrance of this particular blend is a combination of sweet, citrusy and skunky aromas, all rolled into one.

This 90% sativa strain has around 15% THC, which makes it an intermediately potent cannabis variety. The buds are extremely dense, with orange and pink notes covering the dark green base of the flower. The taste is mostly sour, with a pleasant but not overwhelming hint of diesel, while the fragrance of the bud (once it’s sparked) can be described as a pine, diesel and musky/earthy combination.

As most sativas, it works wonders for depression and anxiousness, hitting that euphoric sweet spot along the way.

A crossbreed of Sensi Star and Afghani, Argyle is an Indica dominant, with an almost 1:1 ratio of THC and CBD. This ratio makes it perfect for various occasions, as the CBD cannabinoids lower the psychoactive effects of THC wonderfully. Regarding the taste and aroma, pine is the key fragrance, with a woody and honey tones which underline it.

Expect severe munchies with Argyle, and slight couch-locking is a possibility, which is dependant on your personal chemistry.