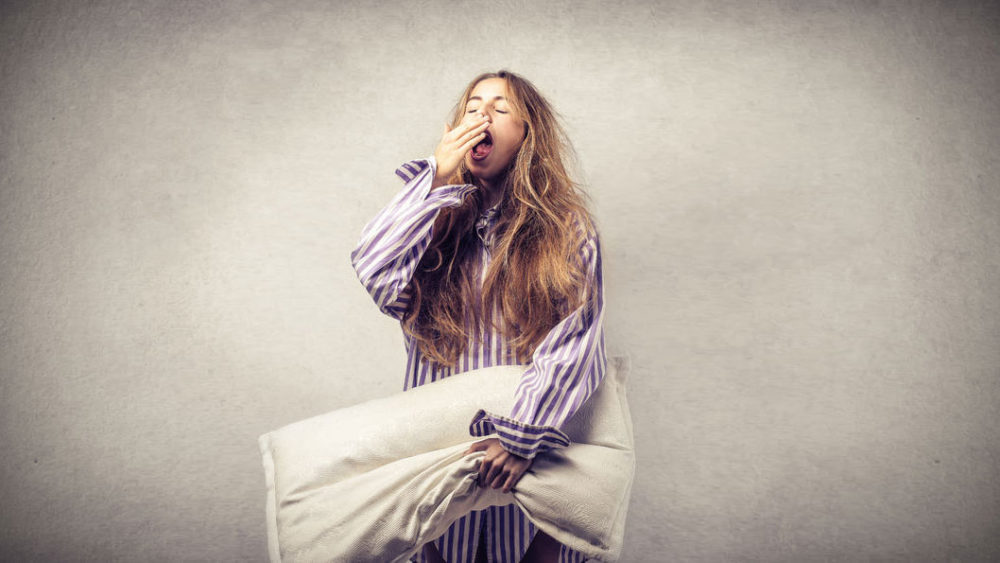 One in three young adults between 18 and 25 suffer from some form of sleep deprivation.

Is this something we should worry about?

The answer is a resounding yes.

Sleeping problems can lead to a number of other health issues and getting professional help is crucial for maintaining overall health.

A common solution for insomnia and other sleeping disorders are prescription sleeping pills which can put you to sleep in minutes.

Sleeping pills, also known as “sedative-hypnotics”, are usually prescribed by doctors only for short-term use as they are addictive.

And this is why many patients are looking for another solution and often stumble onto cannabis.

Exploring the latest research on cannabis and sleep

Medical research on the effects of cannabis on sleep is still very limited, with divided opinions and equivocal conclusions.

Recent studies on the topic were conducted with small groups, and researchers themselves point out that double-blinded randomized trials are necessary to confirm whether cannabis has the potential for treating insomnia.

One of the first studies on the relationship between cannabis and sleep was published in 1973. In this study, a group of patients suffering from insomnia received different doses of THC, ranging from 10 to 30 mg.

Most patients reported that they fell asleep faster and easier, and didn’t wake up during the night. (1)

The time it took them to fall asleep was reduced, by an hour on average.

However, there was one unpleasant side effect — the hangover.

Whenever subjects received higher doses of THC they reported hangovers the following morning.

The study, confirming the experiences of recreational users, found that taking too much cannabis before going to sleep can produce uncomfortable side effects, such as being sleepy throughout the following day.

Furthermore, taking too much cannabis can make it more difficult to fall asleep in the first place, due to biphasic effects of cannabis — low and high doses can have completely different effects on different users. 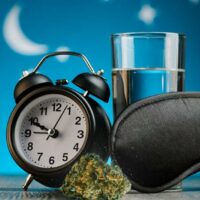 A study from 2013 looked into the sleeping patterns of 17 participants suffering from sleep disorders and apnea (disrupted breathing during sleep) after using dronabinol (artificially made cannabis). (2)

After three weeks of incrementally increasing the dose of dronabinol, the researchers concluded that THC (as an isolated compound) is safe to use and that it significantly reduces breathing difficulties and enables high-quality sleep.

According to a 2017 review published in the Nature of Science and Sleep, there have been several important findings on this topic, most importantly a randomized trial which confirmed that sleep onset is quicker in groups who smoke cannabis. (4)

However, we have to admit that research on this topic is still scarce and should pick up the pace in conjunction with legalization.

How exactly does cannabis affect sleep?

When we sleep, we go through four cycles, the last of which is the REM (rapid eye movement) phase.

Here are the sleep stages:

So, how does marijuana influence our sleeping patterns?

Basically, it all has to do with the interaction of cannabis and our endocannabinoid system.

The ECS is a network of endocannabinoid receptors and activators — a cellular system that has an important role in the body.

This system regulates things like pain perception, anxiety response, sleep, general calmness of the mind, appetite, peripheral energy metabolism, and it provides neuroprotection (in fact, cannabis is proven to relieve epilepsy in a number of different studies). You can read about the many functions of the ECS in this review. (3)

Studies have shown that once THC kicks in, the time needed to fall asleep reduces, which leaves patients more time in the third, deep sleep phase.

Deep sleep is crucial for recovery and it’s in this stage where our body regenerates and produces energy for the following day.

As a result, using marijuana before going to sleep helps us spend less time in the REM stage and more time in the healing, deep sleep stage.

It’s no wonder that people who use cannabis often report not remembering their dreams.

However, this may cause a “dream pile-up”, or commonly known as the “REM rebound” effect.

After they stop using cannabis, some users experience very intense dreams for the next few nights or weeks, depending on the individual. Fortunately, this phenomenon wears off and everything goes back to normal pretty quickly.

Besides cannabinoids, there are other substances in cannabis that may play a role in regulating sleep cycles.

Terpenes are chemical compounds that give plants their enchanting aromas and contribute to the healing properties many plants possess.

Cannabis is no exception.

There are more than 80 terpenes unique to cannabis, some of which are nature’s very own sleep remedies.

One such terpene is linalool.

Linalool gives marijuana its unique smell but it is also present in other plants such as lavender, mint, and coriander.

Studies have shown that linalool aids in relieving insomnia, as it has sedative effects which produce deep relaxation, however only in extremely high doses which are difficult to achieve in a non-medical setting.

According to the available body of scientific evidence, cannabis may help speed up the onset of sleep and time spent in the deep sleep (recovery) stage.

However, the side effects noticed in studies is that drowsiness continues the following day in a phenomenon called the “weed hangover”.

Use of cannabis for sleep may help pain sufferers who are looking to reduce their opioid consumption, however all treatment should be discussed with a certified medical professional.