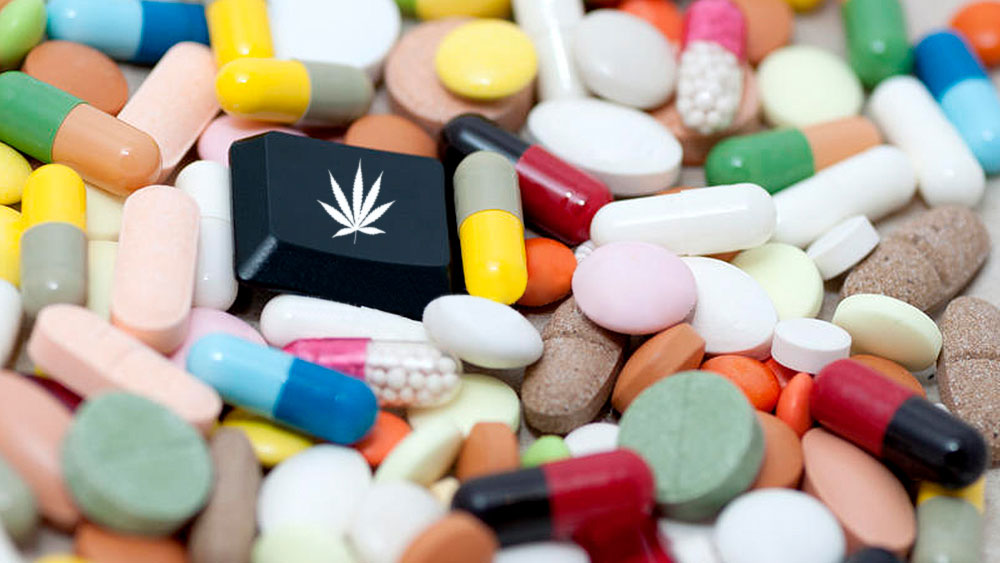 It’s possible to die from excess painkillers or tranquilizers, especially if you mix them with alcohol. Is it the same with cannabis?

Drug overdoses are on the rise. In 2016, 2861 Canadians died from an opioid-related overdose. In the same year, at least 64,000 Americans died from drug overdose, from both illicit and prescription drugs.

Overdoses are commonly caused by opiates (mainly heroin and fentanyl) and benzodiazepines (a class of anti-anxiety prescription medications like Ativan and Xanax).

But what about cannabis? Is there such thing as a marijuana overdose?

I’ll address this with a straight-to-the-point answer.

It’s theoretically possible to consume too much THC, but no one has ever died from it. In fact, there is not a single record of a person in this world who died from excess cannabis. Weed is not in the same ballpark as pharmaceuticals and illicit drugs.

Of course, there are certainly some unpleasant side effects that may happen if you do consume too much weed — impaired motor skills, sleepiness, increased heart rate (and even palpitations) and cannabis-induced paranoia are just some of the more common ones. But, marijuana’s mechanism of action in the human body does not inhibit our vital functions. 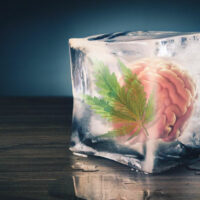 The science behind overdosing

There are thousands of biochemical processes that take place in our bodies on a cellular level. Each function is regulated through a series of cellular receptors and activators.

On the membrane of a cell there is a receptor — once activated, it tells the cell what to do. You can think of this as a little lock on the cell.

The activator (or the key that unlocks this cell) is either a neurotransmitter or a hormone.

The end result — a biological response.

The human body makes its own activators (called endogenous agonists). When we take too much of an external activator (or other drugs that inhibit the degradation of those activators), it can suppress certain vital functions, like breathing. 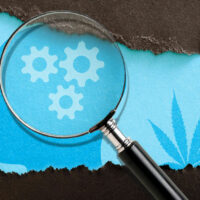 Is Marijuana Addictive? Here’s What the Science Says

That is how most drug overdoses happen — through a combination of complete sedation and a reduction in respiratory function.

When combined, these two groups of drugs impair and act against several vital functions which can be lethal.

Also, opioids are very addictive. In fact, cannabis (CBD specifically) is increasingly used to help patients withdraw from opioid use.

Marijuana works differently than opioids, as it activates receptors that do not impair vital functions.

Unlike the opioid receptors, cannabinoid receptors are located all over our body and they do not interfere with vital functions such as breathing. They are mainly located in the central and peripheral nervous system and several organs including the liver and thymus gland. Therefore, marijuana cannot lead to a lack of oxygen in humans.

However, since the cannabinoid receptors are located in the central nervous system they may cause low blood pressure and short-term memory loss, increased heart rate, reduction in motor skills, and other side effects that inhibit performance in many activities.

So, to conclude — there is no such thing as cannabis poisoning but there are a few side effects that should be taken into account when consuming cannabis products.

Is there a lethal dose of marijuana?

According to a report by the United States Department of Justice Drug Enforcement Administration:

But, let’s see how much weed would you have to take to die, just for the fun of it.

How much marijuana would you have to smoke to overdose?

As the report said, a person would have to take in 40,000 times more weed than usual to actually die from it.

This means that you would have to take 1,500 pounds of cannabis within 15 minutes in order to overdose.

And we can all agree that it’s impossible to consume that much cannabis in such a short time. Or ever.

Even if you do manage to smoke 40,000 joints in 15 minutes, the main cause of death would probably be carbon monoxide poisoning.

Can you overdose on dabs?

A lot of us smokers have wondered about this since dabs are much more potent than marijuana buds.

But, it is the same situation here – you would have to consume more dabs than you can even imagine within 15 minutes.

And the thing is, people usually get too high after just a few hits (sometimes even one). There is no way someone could consume hundreds of pounds of dabs so quickly.

How much edibles would you have to take to overdose?

When it comes to edibles it’s a bit of a different story but you still can’t overdose on them.

Even if you do take too much edibles and feel like dying — you won’t. The paranoia will go away eventually.

You would have to consume 20,000 to 40,000 times more marijuana than usual. No one can eat that much food, not even edibles.

The usual problem with edibles is that it takes more time to feel the effects when compared to smoking. 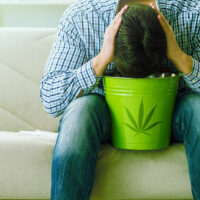 What Is Cannabinoid Hyperemesis Syndrome (CHS) and How to Treat It?

When you smoke a joint, the THC goes straight into your bloodstream.

When you consume an edible, it goes to your stomach and takes much more time for the digestion process to start.

That’s why when many people don’t feel the effects right away, they take more and more. And once THC kicks in, they’ve already taken too much.

This can be a very uncomfortable experience. You could feel anxious and paranoid, sick and dizzy, even not being able to move properly. But, if that happens, just try to stay as calm as possible, take deep breaths and keep in mind that it will all go away.

Scroll down to the bottom of this article to find out how to relieve the negative side effects of taking too much weed. 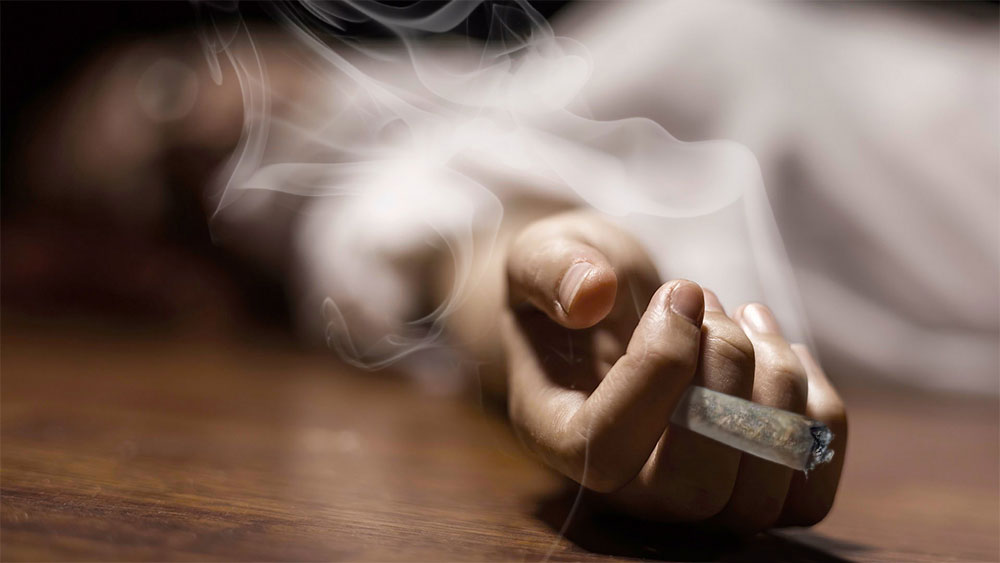 We can’t overdose on marijuana itself, however, we can die as a result of other circumstances while consuming cannabis.

For instance, driving while high on marijuana can lead to a car crash which could be fatal.

There have been several news stories of marijuana-related violent deaths, including that of a Colorado woman, who was shot to death by her husband after he used cannabis edibles. It is generally agreed that violent acts committed while under the influence of cannabis are not caused by cannabis itself.

I’ll just keep it brief on this one.

Synthetic and laced cannabis is nothing like real, carefully grown marijuana.

Laced weed is cannabis mixed with other drugs and chemicals to enhance its poor starting potency. Laced weed is rare but very dangerous.

Synthetic cannabinoids bind to the same receptors as cannabinoids found in cannabis, but they have nothing to do with the plant. Synthetic weed, also known as K2 or Spice, should not be mistaken for Marinol, the synthetic THC which is FDA approved.

Unfortunately, there have been many reports of deaths caused by synthetic and laced marijuana – they contain chemicals which interfere with the receptors involved in breathing. 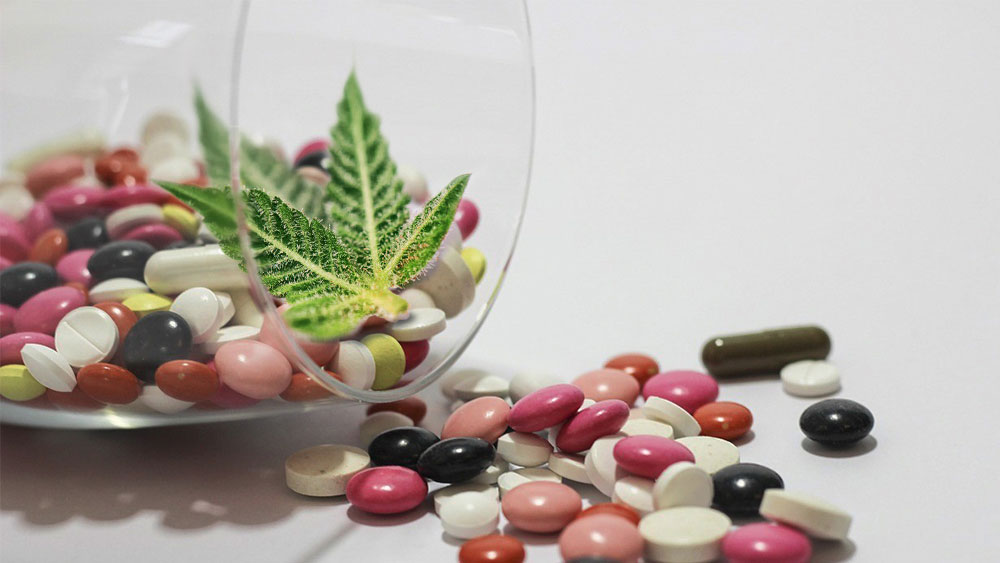 You never know what weed paranoia is until you take too much cannabis for the first time in your life. Excessive THC can trigger paranoia and anxiety, panic attacks, increased heart rate, slowed coordination, short-term memory loss and a myriad of other symptoms.

There’s not much you can do in that situation except to keep yourself as calm as possible.

If you or someone you know is having an unpleasant experience from taking too much weed, try to stay hydrated, breath deeply, relax and it will all go away sooner or later (you’ll just have to suffer a bit for few hours).

The first aid for people who take too much cannabis is pepper lemonade. Pepper contains terpenes which help diminish the side effects of THC. Lemon helps you stay hydrated and relieves the dry mouth syndrome.

I use MMJ for Parkinson’s...I I use quite a bit, in all forms. When I feel I’ve overdone it on THC I can take a dose of CBD and it levels me out.

Yes, CBD diminishes the psychoactive effects of THC. Thank you for sharing your "trick" with our readers :)

I remember reading somewhere a long time ago that vitamin C can help you "come down" when you are way too high. Your recommendation of lemonade would seem to confirm this. When I was younger and started feeling anxious or paranoid I would quickly eat an orange. It seemed to work but it could have just been a placebo effect because I thought it would work.

CBD Trokie buccal lozenges absorb under the upper lip, allowing for the quickest uptake (other than smoking CBD) to reduce the THC psychoactive side effects of THC.

Thanks for the tip!