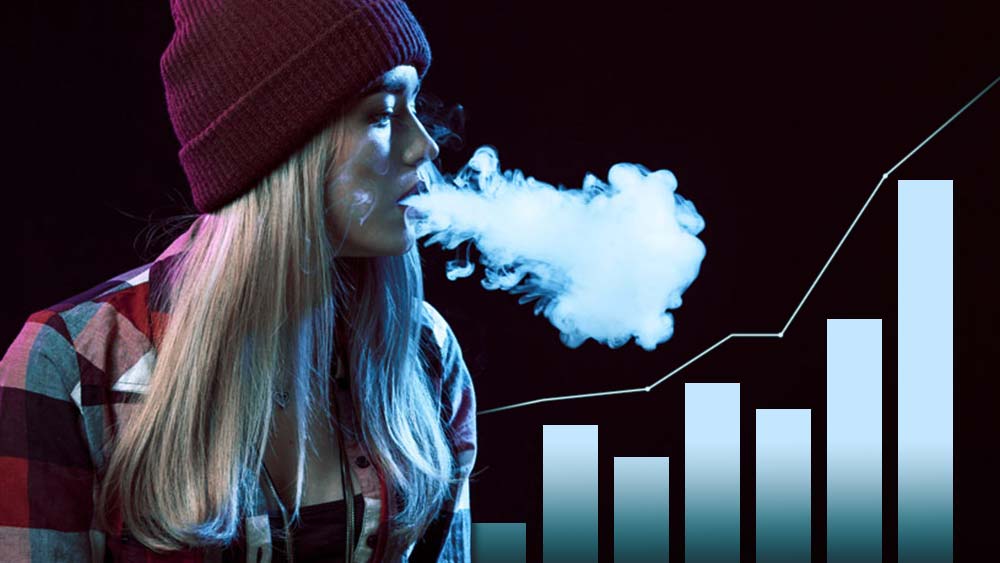 Vaping of marijuana is on the rise among teenagers in the United States, according to a new federal survey.

This year’s Monitoring the Future survey included 42,531 students randomly selected from both public and private schools across the country.

Moreover, 3.5% of 12th-graders vape on a daily basis, the survey funded by the National Institute on Drug Abuse (NIDA) found.

“The most salient finding, in my brain at least, is the very marked increases in vaping that we’re seeing in teenagers, and it’s vaping both for nicotine and vaping for THC, which is the active ingredient in marijuana,” Dr. Nora Volkow, director of NIDA, said.

The fact that teens are increasingly turning to vaping makes sense as vape pens are more practical than traditional smoking, particularly as the global crackdown on tobacco smoking continues.

According to a July 2019 Gallup poll, 8% of Americans appear to be regular vapers.

And while vaping statistics soared, alcohol and cigarette use went down. A mere 2.4% of 12th-graders reported smoking cigarettes daily, down from the 3.6% they reported in last year’s survey.

However, e-cigarette smoking was observed at a rate of 11.7%, which is the first time the annual survey measured the prevalence of this particular habit.

The consumption of harder drugs declined, although LSD use jumped to a 19-year high of 1.4% among 12th-graders and 1.1% among students enrolled in the 10th grade.

Dangerous opioids like Oxycontin and Vicodin were less popular among teens, hitting the lowest levels since 2002.