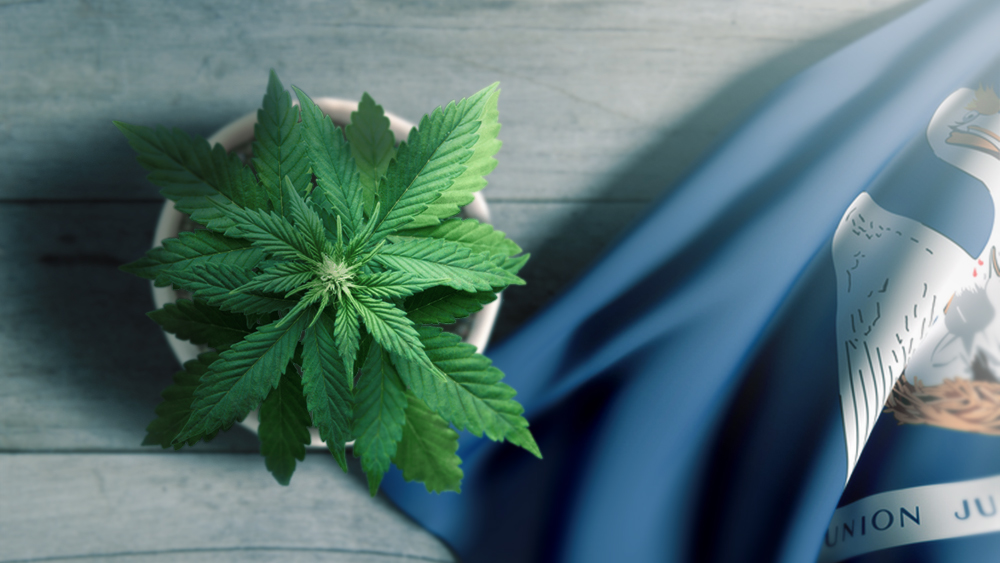 Consumers in Louisiana can now legally purchase medical marijuana after the state became the first in the Deep South to legalize cannabis for medicinal purposes.

Nine pharmacies across the state are licensed to dispense medical cannabis, a majority of which will open this week, following four years of regulatory hurdles. The only pharmacy in the New Orleans region, H&W Drug Store, will not open until August 12.

Among the first patients to reap the benefits of the legalization of medical marijuana in Louisiana was a marine veteran suffering from PTSD.

“It has become a reality to my family this morning, waking up and knowing that I would be able to go home and for the first time in my long struggle, I’ll be able to do this legally in front of my family,” Gary Hess told reporters outside Capitol Wellness Solutions in Baton Rouge. “That’s incredible,” the veteran from Belle Chasse excitedly said.

The first products to hit the shelves of the medical marijuana dispensary are tinctures mixed with coconut oil. At Willow Pharmacy in Madisonville, one of the other pharmacies licensed to sell medical marijuana, currently three treatments are available – the first a THC tincture expected to sell for $180 per ounce, the second a CBD-based one offered for $130 an ounce, and the third a liquid with equal parts THC and CBD for $100 an ounce.

Patients who need medical pot for treating everything from PTSD to cancer symptoms are not the only ones who are excited about legalization.

“I can’t tell you how excited we are for patients,” John Davis, president of GB Sciences Louisiana, which grows the product, told the Associated Press.

GB Sciences announced it will hold a series of seminars to educate physicians and pharmacists about the medical cannabis products it will be offering in the months to come. However, Davis is confident that at the moment there will be sufficient products to meet initial demand.

Although technically legal since 1978, legislators in the Pelican State legalized the use of marijuana for medicinal purposes back in 2015, when Governor Bobby Jindal signed the framework for dispensing cannabis. Ever since, patients in Louisiana have been waiting to gain access to pot legally in their home state.

As a means of protecting doctors from jeopardizing their licenses due to marijuana’s illegality at the federal level, physicians will not prescribe medical marijuana treatments, but only recommend it.