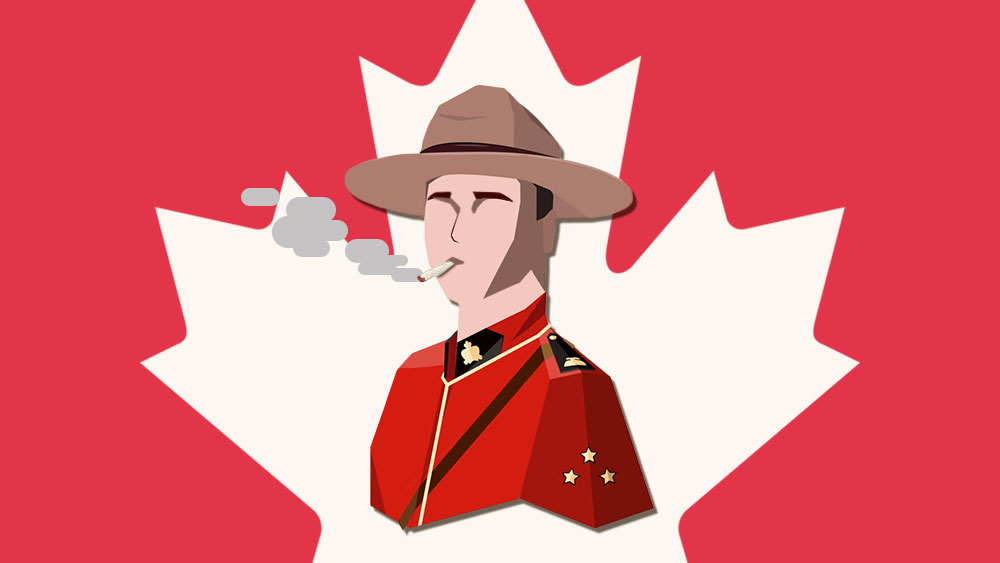 Members of the Royal Canadian Mounted Police, colloquially known as Mounties, will most likely be allowed to smoke recreational cannabis off duty.

Most people probably remember the falling out the RCMP had with their fellow Mountie back in 2013. when Cpl. Ronald Francis went public with his issue related to smoking medical marijuana in his red serge.

At that time, he was asked by the RCMP not to consume his PTSD medicine while on duty, especially not while wearing the uniform in public.

The RCMP saw to it that he returns his uniform after the whole issue wasn’t in the news any longer, after he was ousted by pretty much the whole policing community, both nationwide and locally.

Not even a year later, the ex-New Brunswick Mountie was found dead and the cause of death wasn’t disclosed, although some sources claim that it was likely a suicide.

Since then the RCMP has been clean on their stance on medical marijuana use among their members.

Recreational cannabis will be legal in just over 2 weeks, which means that various policing institutions have had to write down new policies in regards to it.

According to the RCMP, no police officer may be impaired while on duty, no matter what the drug of his choice is, except for tobacco.

“Any member on a mind-altering drug – such as marijuana, OxyContin, Dilaudid – is not permitted to perform operational duties, including carrying a firearm or operating a police vehicle, as this could pose a risk to themselves, a co-worker or the public,” the RCMP said.

So, seeing how marijuana will soon become pretty much equal to alcohol in the eyes of the law, one would assume that the members of RCMP will be allowed to use it in their own time.

This is in line with the rules set by RCMP, which are leaning on the “fit for duty” definition.

For example: if a Mountie shows up high or drunk to work, he will be sent home and most likely be fined, perhaps even suspended without pay.

If the same problem occurs several times, then the local branch of the RCMP will have grounds for firing that member.

Other than that, mounties will most likely be allowed to consume cannabis in their free time, just like they are allowed to drink alcohol.

A few places will the police forces not be allowed to smoke cannabis, such as Calgary which is the first place so far to opt-out of allowing the officers to smoke off duty.

That won’t necessarily be the case for the rest of Canada, as the Regina Police Department is still being developed, but definitely won’t be in line with Calgary’s.

“We don’t tell our employees they cannot drink alcohol in their own time, away from work,” Regina Police Chief Evan Bray said, “but we do expect our officers to show up for work fit for duty.”

The nation’s capital also decided to allow cannabis consumption to the members of the Ottawa Police Service.

Provincial capitals haven’t yet decided what to do in regards to their policy. Here’s a list of all major cities and institutions, and their decisions so far:

Ottawa Deputy Chief Steve Bell said that the policy on cannabis should be no different from the one in regards to alcohol and prescription medication.

Seeing how cannabis will soon be federally legalized, the Calgary police department may soon have its cannabis policy challenged by several different courts and plaintiffs.