Voters in New Jersey are slated to decide next year on whether to legalize recreational marijuana in the state after several failed attempts by lawmakers to pass a legalization bill.

The question that will find itself on the 2020 ballot will be “Do you approve amending the Constitution to legalize a controlled form of marijuana called ‘cannabis’?”

If approved, New Jersey will become the 11th US state to allow recreational cannabis as residents aged 21 and older will be able to legally purchase weed.

The ten remaining states where recreational pot is allowed have also approved the measure via ballot.

Marijuana products would be subject to the New Jersey 6.625% sales tax, while other details would be worked out following the ballot. 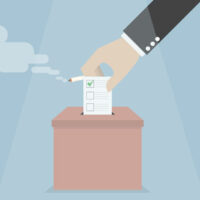 New Jersey may vote on marijuana legalization in 2020 referendum

The proposal to let voters decide the fate of legal weed was approved first by the state Assembly, which voted 49 against 24 (plus one abstention), and then proceeded to the Senate.

The Senate version of the measure secured 24 votes against 16.

Sponsors included Assemblywoman Annette Quijano, who said her interest in pushing for marijuana legalization came as a result of the “inequalities in the enforcement of cannabis laws and their long term impacts on the lives of all people in this state,” particularly African-Americans and other people of color.

“I believe, with this constitutional amendment, we have listened to the will of the majority of New Jerseyans and taken a common-sense approach to regulation of cannabis,” she said.

This is a new arena for New Jersey law and one that we hope will protect citizens, support communities and create a new economic driver for the state,” underscored Quijano.

Polls suggest that support for recreational pot in New Jersey falls in line with the rest of the country, with most people in favor of legalization.

According to a Monmouth University poll from February of this year, 62% of those questioned in New Jersey support legalizing the possession of small amounts of marijuana.

Meanwhile, a third said they would oppose legalization.

Official state data indicates that over 50,000 patients are part of the New Jersey medicinal cannabis program, most of which turn to weed to treat chronic pain and anxiety.