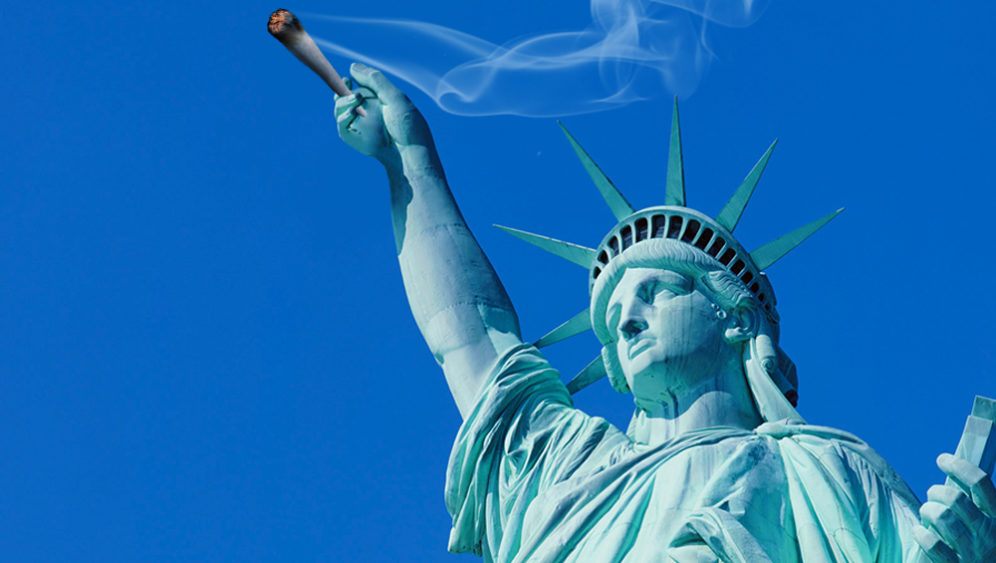 New York vaping law has made it illegal to use e-cigarettes indoors, and the law went into effect on Wednesday, a month after Gov. Cuomo added e-cigarettes to the state’s Clean Indoor Air Act.

In July, Gov. Cuomo signed into law a measure that made smoking of e-cigarettes in all public and private schools illegal as well.

Many critics have strongly opposed these measures, including the American Vaping Association which argued that the health risks of e-cigarettes are being exaggerated.

CBD oil has been a user-favorite when it comes to many conditions and illnesses such as chronic pain, epilepsy, PTSD, nausea, seizures and many others since the legalization of medical cannabis in the state of New York in 2014.

You can find all information about New York’s medical cannabis program on the official state website and find out more by reading the medical marijuana FAQ.

This new law put vaping CBD oil in a very tricky situation, seeing how it has been the preferred way of consuming CBD oil, aside from ingesting it.

For now, you are still allowed to vape e-cigs in your vehicles and homes, but not on public transportation and while flying on an airplane.

How to apply for medical marijuana in NY

The process of applying for a medical marijuana card has been pretty much the same since legalization in 2014, aside from maybe being a bit more streamlined today.

If you are considering applying for a medical marijuana card in New York, here is what you will need to know:

The first thing you will need to do is to visit your treating practitioner to see if medical use of marijuana is appropriate for your condition.

Here is a list of appropriate conditions which can be treated, or have their symptoms eased by medical cannabis:

In case you do have one or more of these issues, the official state website says:

If your practitioner determines it is an appropriate treatment for you and he or she is registered with the New York State Department of Health’s Medical Marijuana Program, he or she may issue you a certification for medical marijuana.

How to find a New York marijuana doctor

By applying and going through the process you will either talk to your current practitioner or get a registered one appointed to you by the New York State Department of Health’s Medical Marijuana Program.

The State hasn’t release a list of medical marijuana approved doctors, as only doctors can access that list in order for it not to be abused.

>Many critics have strongly opposed these measures, including the American Vaping Association which argued that the health risks of e-cigarettes are being exaggerated.Even so, it doesn't make the person vaping at the table next to you in the restaurant any less annoying. I'm all for vaping but geez, do it outside.

OK, but what about when it's your medicine and you need to administer it to yourself on an airplane, or somewhere else where you can't just walk out?I agree that it can be annoying, and I do agree with the non-smoking laws in most cases. Maybe it should be allowed in certain areas of clubs/bars/restaurants... Some places did this with tobacco too and it's working out fine for them.