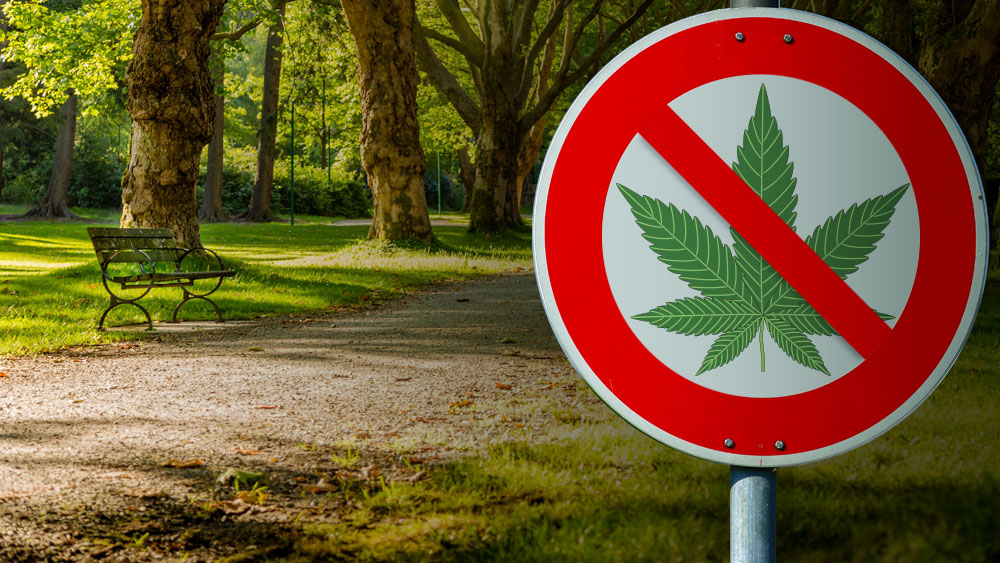 Canadian prairie province Saskatchewan has altered its policy on smoking cannabis in parks for the upcoming long weekend, deciding to ban its consumption rather than allow it.

“Due to concerns about disturbances and vandalism from intoxication in the parks during the May long weekend, the Ministry of Parks, Culture and Sport has implemented an alcohol/cannabis ban,” a statement from Saskatchewan Parks read. “This ban affects all campgrounds and picnic areas within Saskatchewan provincial parks and recreation sites.”

The province says that “enforcement officers” will be patrolling the campgrounds regularly during the long weekend, and will seize any alcohol or cannabis found. You could also face charges or eviction from the park if caught breaking the rule.

Since federal legalization, Saskatchewan has banned cannabis consumption in public spaces but allowed it at campsites because they were considered private spaces.

The risk of vandalism and “disturbances” appears to have led the province to change this policy for the long weekend.

The long weekend ban, however, does not apply to cottages, rental cabins or businesses licensed to serve alcohol in the parks.

While you may not be able to consume cannabis while camping, you can do it on the cheap. The province is discounting the price of camping to $5 per person from May 16 to June 24.

In other park and cannabis-related news, Quebec is loosening rather than tightening its rules on cannabis consumption.

The province will not go through with its plan to ban cannabis consumption in public spaces that was promised by Premier François Legault, who campaigned on strict cannabis regulations.

Instead, the province will allow municipalities to decide how to approach public consumption, but will still face some restrictions, such as a blanket ban on areas meant or frequented by children, as well as at festivals and events.

Montreal Mayor Valérie Plante had come out against the promised public ban, arguing that since around 60 percent of Montrealers rent their property, it leaves them with no place to legally consume cannabis since their home would not be their own private property.

Premier Legault said Tuesday he is “sensitive to the fact that people who are less rich, who are renters, might not have a place to smoke cannabis, because they won’t be able to smoke it in their apartment, most of the time.”