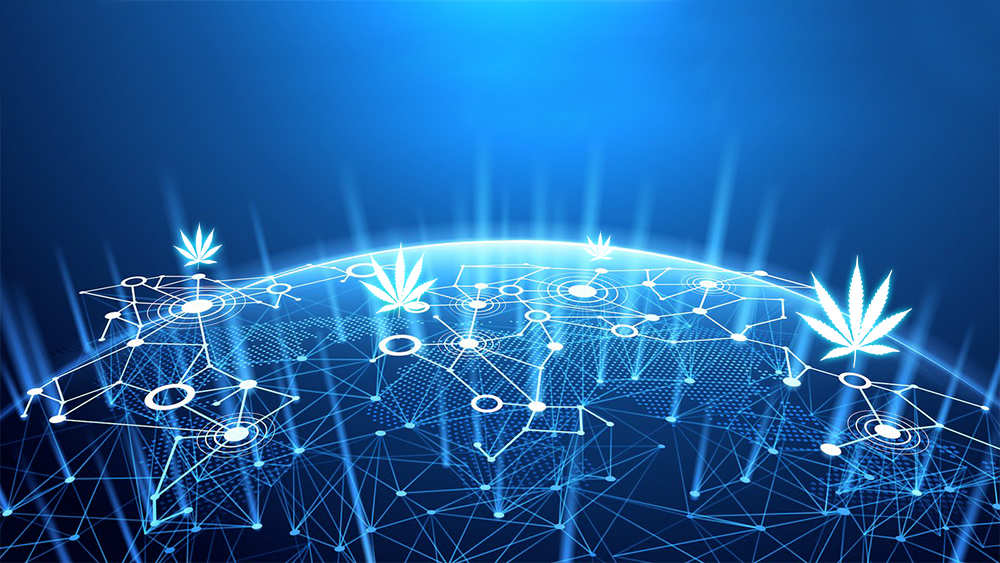 Over the last 4 years everyone in the weed world must have heard of MassRoots, a social media app that at one point threatened to become the Facebook of weed. Several bad decisions later, MassRoots is on the verge of bankruptcy and grasping at straws with a play on blockchain.

Once an aspiring startup company that could have changed the way social networks and marijuana intertwined, MassRoots was poised for success back in 2013 when the company was founded.

They sought financing, and after a few smaller rounds of financing CEO Isaac Dietrich decided it was the right time to go public in April 2015 and soon after reached a valuation of around $50 million USD.

At one point, MassRoots claimed to have amassed over a million users and was quite possible in a position to leverage a huge part of the advertisement market, especially when it comes to the emerging markets in Canada and the US.

But that never happened, it simply wasn’t meant to happen. Perhaps Dietrich didn’t imagine MassRoots as an advertisement platform, but rather something completely different, and took it in that direction.

What goes up must come down

Since the IPO, the company has had a (somewhat) successful end of 2015, but failed to generate significant sales and never really made any profits.

In late 2016, things started going south for the MassRoots team, as the co-founders and vital team members started resigning and selling their shares of the company.

Many analysts say that the implosion of MassRoots was fairly visible already in late 2016. once the company started funding unnecessary events and acquiring companies after little thinking and decision making.

Ultimately, MassRoot’s inability to create a return on investment, minimal profits and the lack of officers that knew how to properly manage their financials led to the company to where it is at now.

The internal issues between their CEO and people who were brought on board as a part of acquisitions didn’t help their situation, which at one point led to the Board of Directors to fire the CEO.

This decision was reversed a few weeks later when 3 of the members of the Board resigned. This only goes further to prove how poorly the company was managed.

The drop that spilled the glass was when MassRoots acquired CannaRegs in August 2017. by paying $12 million in stock. Keep in mind that at this moment their stock was already worth next to nothing.

MassRoots was burning through cash too quickly.

“I think the termination has to with the CannaRegs acquisition. I think they way overpaid for that. Twelve million dollars? That’s ridiculous,” said Matt Karnes, managing partner of Green Wave Advisors in New York.

By the end of 2017. things were looking grim for anyone left with MassRoots’ stock on their portfolio.

At several points in November and December you could have bought their stock at around $0.20, only double for what it was sold during their IPO, but 3 years later.

Once 2018. rolled in bitcoin and all other cryptocurrencies skyrocketed, cannabis stocks soared too.

MassRoots announced they will be making a play in the crypto-space by developing blockchain-based solutions for the cannabis industry.

They formed a wholly-owned subsidiary and raised nearly $1,000,000 USD from 10 different investors. Only a quarter of that money was invested in developing the new Etherum-based token.

“We believe blockchain has the potential to enable the cannabis industry to operate more efficiently and with a greater degree of accountability and transparency,” stated MassRoots Chief Executive Officer Isaac Dietrich. “MassRoots looks forward to being a pioneer in exploring blockchain-based solutions for the multi-billion dollar cannabis industry.”

Dietrich claims that the company is still well on its way to disrupt the world of cannabis and leverage the market with its tech solutions.

In a recent letter to shareholders, Dietrich said MassRoots successfully:

Dietrich also mentioned that they will be introducing a revamped dispensary portal as the company’s primary revenue-generating product.

The new portal would make money by 1,000 dispensaries and ancillary businesses paying MassRoots between $420 to $1,000 per month by the end of 2018, presumably for advertisement.

This would, in turn, generate positive cash flow on a monthly basis — something the company never managed to achieve.

MassRoots hasn’t disclosed any type of time-related information, so we are left without much information regarding their blockchain play.

All we know so far that it is going to be an Etherum-based ERC-20 standard digital token, which is supposed to “help MassRoots to get unbiased reviews of the cannabis strains and products”.

So, there isn’t much to be said about this “new play” MassRoots is planning on, but the competition is already hot in the cannabis blockchain market with Paragon and Budbo already making a significant impact.