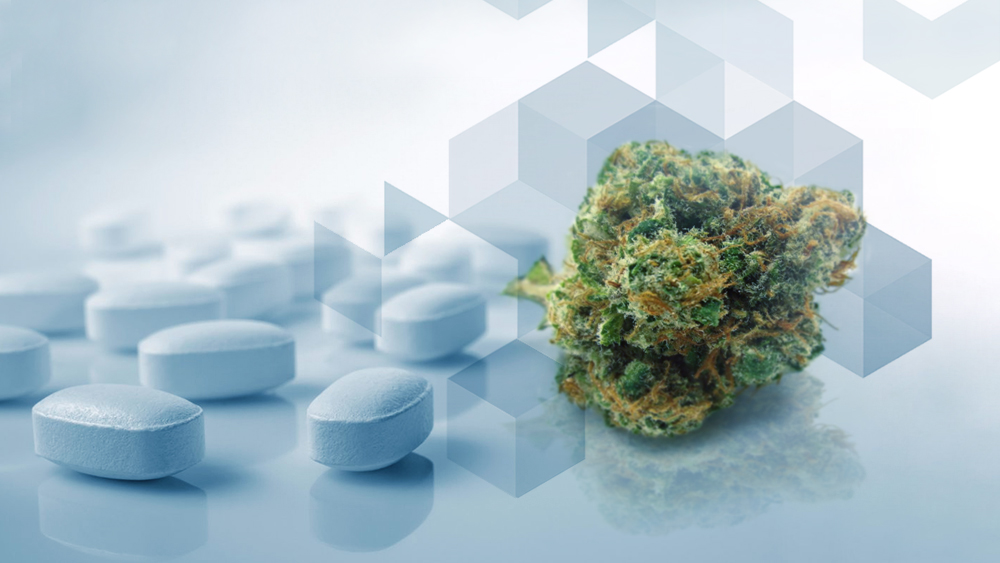 Researchers at the University of Guelph have discovered that the cannabis plant produces pain-relieving molecules that are 30 times more powerful than aspirin.

The discovery could lead to the development of a new pain-killing treatment, safer than opiate-based drugs which are responsible for tens of thousands of deaths in the US every year.

“There’s clearly a need to develop alternatives for relief of acute and chronic pain that go beyond opioids,” said Professor Tariq Akhtar from the Department of Molecular and Cellular Biology, who worked on the study.

“These molecules are non-psychoactive and they target the inflammation at the source, making them ideal painkillers,” he added.

The two important molecules that the cannabis plant creates – cannflavin A and cannflavin B have anti-inflammatory properties that are nearly 30 times more effective gram-for-gram than aspirin, also known as acetylsalicylic acid.

Professor Akhtar and his colleague Professor Steven Rothstein dedicated themselves to understanding how cannabis produces these cannflavins after pot was legalized in Canada last year.

“Our objective was to better understand how these molecules are made, which is a relatively straightforward exercise these days,” Akhtar explained further.

“There are many sequenced genomes that are publicly available, including the genome of Cannabis sativa, which can be mined for information. If you know what you’re looking for, one can bring genes to life, so to speak, and piece together how molecules like cannflavins A and B are assembled,” he noted.

These findings, published in the Journal of Phytochemistry, could prove useful in the pursuit of a natural pain-relieving product, as the US continues to struggle with the opioid crisis.

The researchers have partnered with Toronto-based company Anahit to develop “effective and safe anti-inflammatory medicines from cannabis phytochemicals” and introduce them to the public through a wide variety of products, such as “creams, pills, sports drinks, transdermal patches and other innovative options,” according to Anahit CEO Darren Carrigan.

“Being able to offer a new pain relief option is exciting, and we are proud that our work has the potential to become a new tool in the pain relief arsenal,” Professor Rothstein highlighted.

Americans have been grappling with opioid addiction since the late 1990’s, in part due to the unique features of the US healthcare system, which favors prescription drugs over other forms of treatment.

Doctors in the US frequently prescribe strong painkillers like oxycodone and hydrocodone after surgery, or for patients suffering from chronic pain.

However, the consequences of these practices are staggering. According to data from the Centers for Disease Control and Prevention, opioids were involved in 47,600 overdose deaths in 2017 in the US, with 36% of those deaths connected to prescription analgesics.

President Donald Trump has declared the country’s opioid crisis a “national emergency,” pledging to combat the nationwide epidemic until “our job is done.”