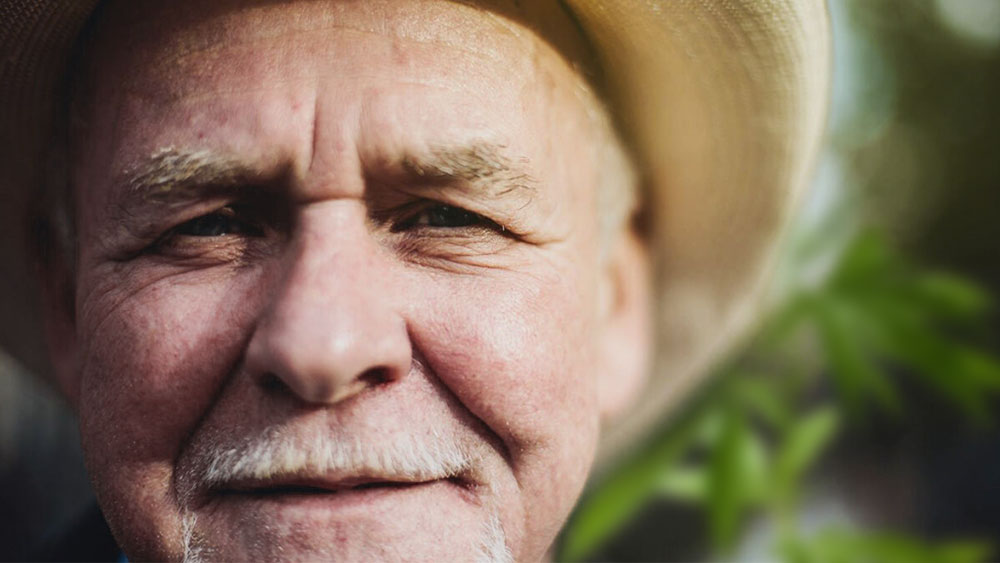 Rick Simpson has one the most fascinating stories in the whole history of cannabis.

How it all started

Long before Rick became famous for his high-THC oil, he was just a regular engineer working in a hospital of a small town in Nova Scotia, Canada.

One day in 1997, he was working on the pipes in a tiny boiler room with a powerful aerosol glue.

Because the room was very small and insufficiently ventilated, he was stunned by the fumes of the glue which caused him to faint and hit his head pretty badly while falling from the ladders he was standing on.

The severity of his fall plagued him for a long time, causing frequent dizziness and forceful ear ringing. The painkillers that the doctors prescribed weren’t able to help with his condition at all while causing even more harm because of the gruesome side effects they were inducing.

After watching an episode of doctor David Suzuki’s Nature of Things on the subject of medical cannabis in 1998, Rick realized that cannabis could be a viable treatment for his affliction.

He found a way to purchase some illegally and was fascinated by how beneficial it was for his tinnitus and general well being.

Rick subsequently tried to get his doctor to prescribe him a hemp treatment, but the medical officer was completely reluctant to oblige him, stating that cannabis smoke is just too harmful to the lungs.

Even his family doctor agreed that smoking hemp is too dangerous.

Simpson asked him would it be healthier to create an essential oil from the cannabis flowers and ingest it orally (after seeing this technique on the Nature of Things), and the doctor acknowledged that this would be a much safer way of use, but still refused to prescribe him this type of treatment.

In 2001, after depleting all the prescription options with no results, his doctor informed him that there was nothing more they could do for his condition and that he was on his own from now on.

Disappointed by the medical system, Rick continued to self-medicate using the essential cannabis oil he manufactured by himself, and as soon as the mind-boggling haze from the use of pain medication was lifted, he started feeling better than ever.

At the end of 2002, after a routine physical examination, doctors discovered that two areas on his face and a one on his chest had skin cancer (basal-cell carcinoma). They attempted to surgically remove the one close to his eye, leaving the other two for a later date. About a week after the surgery, the operated area was infected and became intensely malicious-looking.

At this time Rick remembered what he heard on a CKDH radio show in late 1975, shortly after his cousin died of cancer. The reporter was talking about a research which discussed how THC is capable of killing cancer cells.

This left a strong impression on him, because of the traumatic experience of his young cousins’ death from cancer shortly before. Young Rick dismissed this information because he hasn’t heard this claim anywhere after that, but now when facing cancer, it popped right back into his mind.

He was aware that the oil he’d been manufacturing had high levels of THC in it, so he decided to apply it directly to the cancerous parts of his face and chest, using simple band-aids.

The result astounded and baffled him at the same time: In just four days, all of his three cancers were completely gone.

Once he realized what he had done, Rick quickly returned to his doctor’s office, but once he explained the situation to the receptionist, she refused to connect him with his doctor.

Bewildered by the strange reaction that the receptionist showed, he tried to contact the Pain Management Center in Halifax, Nova Scotia in April 2003.

Rick heard from a friend that this particular institution can provide him a license for the possession of cannabis, but all he got was an automated message that there was a 21-month waiting period and that you had to get a referral from your family doctor.

Appalled by this reply and feeling really confident after what he’d achieved on himself, he decided to take matters into his own hands and started to give out the THC-rich oil to the sick people in the area of Maccan, Nova Scotia.

This rapidly gained the attention of local media, but also of the Royal Canadian Mounted Police. They didn’t arrest Rick, but they did confiscate the plants he was growing on his property to create cannabis oil which he was giving to his neighbors while asking for absolutely nothing in return.

This didn’t discourage Rick who still remained determined to help the people in his community, but the police raids also continued, happening four times over a three year period.

The story of Simpson and his oil was quickly spreading, and it reached Rick Dwyer, who was the president of the Royal Canadian Legion (a non-profit veterans organization) in Maccan at the time.

Rick Simpson met with Dwyer shortly after and began telling his story to him. He also organized meetings with all the people that were using his oil, and Dwyer was truly fascinated with what he found.

He even started to give the oil to his father, who was also ruled off by the doctors and given 24 hours to live because of his lung cancer.

Once he witnessed the rapid recovery of his father, Rick Dwyer started asking the Royal Canadian Legion command to come down to Maccan and inspect what they discovered, but instead, the local branch of the Legion was closed and Dwyer was pulled from his position as acting president.

In 2004, Rick Simpson contacted the Canadian Cancer Society about his THC oil, and this was their official response:

“The Society does not endorse or support medical products or dietary supplements… thanks for the information. We wish you luck in your work.”

In 2005, Rick was arrested and imprisoned for 4 days for owning, cultivation and distribution of cannabis, and also for the “false” claims that he can cure cancer.

He recalls on the entire ordeal: “The worst of all was that the jurors were people whose dearest I had cured with cannabis oil. Even the judge knew it was all a farce! At one point he even told me that I should be rewarded, instead of trialed! All knew, and no one could do anything! They didn’t even allow ten patients I have cured to testify! They also didn’t allow the doctors to come out on the bench, nor me to show a pile of medical documents about the effects of my oil. If you don’t know the meaning of a “coward court,” go to Canada and you will see what I mean.”

This comes to show that even though cannabis has the potential to become one of the most lucrative branches of economy in the western world, the true medicinal capabilities of this plant still seem to be under-researched.

How to make Rick Simpson oil, step by step

All the information on how to create your own essential oil is free, and available on Rick’s official website Phoenix Tears.

Rick Simpson makes his oil using sedative indica strains, as they create a relaxing and restful sensation, opposed to the energizing Sativa strains.

This amount of cannabis will produce around 60 grams of oil, but you can also make smaller batches by dividing the recipe into smaller parts.

Place the buds into the 5-gallon bucket and pour the solvent until the buds are completely covered in it. Stir and crush the buds with the wooden spoon which will make the THC dissolve into the solvent you’re using. Do this for about 3 minutes.

Drain the mixture from the bud material using a cheesecloth and a deep bowl. Once that’s done, return the bud material and the now already THC-infused solvent liquid back into the bucket, and repeat the process of stirring and crushing for three minutes, while adding the remaining part of the solvent into the mixture.

Once you’ve filtered the solvent using the cheesecloth and the deep bowl, throw away the bud material. Place a part of the THC-rich solvent into your rice cooker, until it’s about ¾ full.

The thing that’s great about rice cookers is that they’re exceptional at maintaining a steady temperature, which is really important for this procedure, because if the heat gets over 300 degrees Fahrenheit (148 Celsius), THC will burn, leaving the oil totally unusable and purposeless. For the best results, set the temperature between 210 and 230 Fahrenheit (100-110 Celsius), which is perfect for decarboxylation.

When heated, the solvent will slowly start to evaporate, so just keep adding more solvent to the rice cooker while the process is taking place.

Because this solvent is extremely flammable, absolutely make sure that there are no open flames, sparks of any kind, cigarettes or turned stovetops anywhere near, to avoid putting yourself and others around you in any danger. You should also use a fan or a ventilator to reduce the density of the fumes that the solvent expels while being heated, especially if you’re doing this in a confined closed space.

Once there is only a small amount of liquid left in the cooker and starts to get a thick oil-like appearance, you can either extract it with a syringe directly from the rice cooker, or if you see that the RSO isn’t thick enough, pour the oil into a small metal container, and place it on a coffee warmer to further evaporate any additional excess water.

There is a possibility that once you’ve extracted the oil into a syringe it’ll become too thick for dispensing.

In that case, just place the syringe under warm tap-water—this will make the oil runny again, and easy to manage for dosing and further usage.

46 thoughts on “How to Make Rick Simpson Oil”