Skip to content
Home / Basics / Smoking Too Much Cannabis? Here’s How to Overcome It 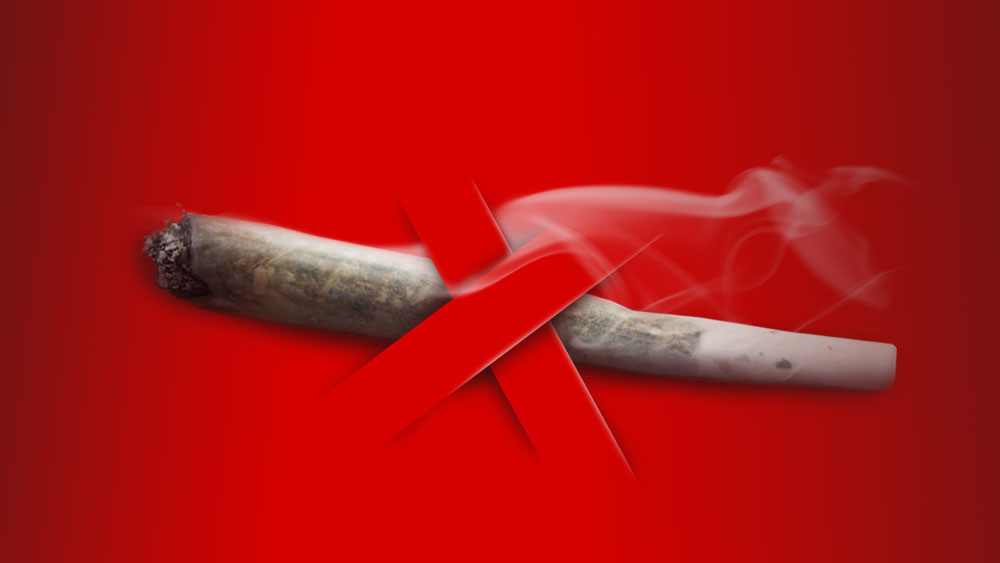 Smoking too much weed – is that a thing? Judging by the number of queries on the Internet, it seems to be a concern for some.

If you googled smoking too much weed and found this article, chances are you’re already aware that your cannabis habit is causing you problems.

Let’s first go over why people use cannabis.

Those who frequently consume weed for medical reasons often experience the negative effects of excessive consumption. But what they get from cannabis is much more beneficial than simply the pleasure of getting high, which is what recreational users are mostly after.

Excessive consumption can be a problem for both of these groups, but there’s a big difference in how they can address it. We’ll be focusing on how the second group – recreational users – can overcome the problem.

Since cannabis is a natural substance, lowering the intake or even completely stopping it isn’t that hard.

In order to stop, you first need to realize that you’re doing something counter-productive, and then to aggressively change your behavioral patterns.

How do you know you’re smoking too much weed?

This isn’t a very reliable method, but if you’re under the impression that you’re smoking too much, it’s safe to say that you’re probably abusing weed to some degree.

Keep in mind that we are all unique, and cannabis has different mental effects on different individuals.

Some people experience the psychoactivity of THC less severely than others, and they are the ones that usually abuse cannabis the most, as their personal constitution allows them to consume great quantities on a regular basis.

What’s also important to acknowledge is that weed impacts the chemistry of the brain.

More precisely, it causes an overproduction of certain neurotransmitters, and this basically changes the way we feel. Understanding that frequent and uninterrupted cannabis consumption over extended periods of time causes a massive change in the functioning of the brain is essential for your well being.

Overindulgence in cannabis can result in overall apathy and sluggishness, and can definitely deter you from personal growth.

What does smoking too much weed do to your brain?

Cellular receptors of the endocannabinoid system are scattered throughout our entire organism, and because of this cannabis has the ability to help with many different conditions, diseases, and disorders.

Besides enticing the receptors of the endocannabinoid system, cannabinoids also increase the production of dopamine and serotonin, and the increased levels of these neurotransmitters are directly related to why we feel giddy and lighthearted when we’re high.

The continuous overproduction of serotonin and dopamine gradually causes a depletion of these compounds in the brain. This makes a person feel lethargic and apathetic when they’re not high.

This effect creates a vicious cycle of sorts, where a user doesn’t feel very good without cannabis, and continuing to consume weed in large amounts only makes things worse.

The current scientific consensus is that cannabis use cannot result in full-blown addiction, but rather a dependency.

Being dependant on a substance has less severe symptoms than being addicted, and this means that it’s much easier to kick your weed habit compared to other addiction-causing substances (for instance opioids).

That’s a good thing, of course, but don’t get too relaxed.

You should also be aware of something called cannabis-induced psychosis.

Can smoking too much weed cause psychosis?

Psychosis can be described as a mental condition where it’s difficult to tell reality from illusion. It can include visual and audible hallucinations, delusions, strange and unexpected behaviors, sleep-related issues such as insomnia and a withdrawal from social interactions.

A recent study from 2019 (1) made a connection between psychosis and long-term daily use of high-THC cannabis.

The research team analyzed the data from first-episode psychosis experiences in London and Amsterdam and came to a somewhat disputable conclusion that 30% of these instances in London and 50% of them in Amsterdam could have been avoided if high-THC cannabis wasn’t available in those cities.

The Lancet study focused exclusively on daily users of high-potency weed and added that many individuals who were using that same type of cannabis didn’t experience any psychosis symptoms.

Anyhow, it’s not implausible that something negative happens to the mind if a person gets very high all day every day, especially when we consider the gradual depletion of key neurotransmitters.

Cannabis, in general, cannot induce psychosis, but excessive consumption of strains that have been specifically bred to have enormous amounts of THC in them possibly can.

Cannabis buds found in nature have much lower levels of THC (less than 10% of THC), compared to the ones that are bred by humans (going up to 25% of THC).

Weed found in nature also has a much more balanced THC to CBD ratio, and CBD is known to diminish the psychoactive effects of THC. 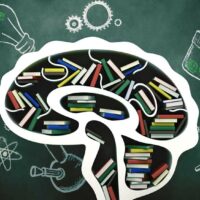 How to avoid smoking too much weed?

In order to successfully stop smoking weed all the time, you need to figure out why exactly you are doing this in the first place.

A desire to constantly alter your consciousness is never a good thing, no matter if it’s with weed, alcohol, psilocybin, or any other substance.

The vast majority of all-day-every-day consumers begin using weed with friends and later start overindulging even when alone. Once you get to the point where you want to be high as frequently as you possibly can, it’s safe to say that your weed habit has become a problem.

What separates being high from the normal state of consciousness is that when we are intoxicated with weed, we’re usually content with the status quo. Cannabis, or more precisely the frequent and excessive consumption of cannabis tends to make most of us passive.

When you’re high all the time, you can lay on your couch for hours on, eat crap and binge-watch shows that you’ve already seen, and the biggest issue here is that you’ll be totally fine with it.

Overindulging in weed makes doing nothing seem like a lot of fun. If you try to sit through something like that while you’re sober, you’d be bored out of your mind.

In order to entertain yourself without cannabis, you need to dig deep and figure out what makes you tick, because laying around or hanging with your friends probably isn’t going to cut it.

Ask yourself if being high all the time is something you really want, or if you’re doing it because something else is missing in your life.

But try not to be too dramatic about it all, because kicking your weed habit isn’t as hard as it initially seems. Cannabis is not an addictive substance, but to make the transition as smooth as possible, a lot of changes in your everyday routine should be made.

For instance, if someone around you isn’t willing to change their behavioral patterns and is determined to continue abusing weed, it’s probably the best not to spend too much time with that person (or a group of friends), because this type of relationship will prevent you from evolving.

We’re all creatures of habit, and it usually doesn’t take much to lead us down the wrong path, but if you’re honest with yourself and are truly willing to change, nothing can be too difficult, especially quitting/cutting down on weed.

Can smoking too much weed make you irritable?

Excessive amounts of weed over prolonged periods of time can definitely make a person irritable, and this effect is caused by the chemical changes that occur in the brain.

The feel-good compounds that are released when we consume cannabis decrease or even get depleted if we use it all the time, and this can undoubtedly make us crabby and ill-tempered, especially when we’re not high.

Can smoking too much weed cause seizures?

Using natural cannabis should not be able to induce any type of seizures, and in fact, CBD (an important constituent of both hemp and weed) is successfully used to treat some types of epileptic seizures.

Very large doses of weed can lower blood pressure enough to make a person faint, and unlike real weed, dangerous synthetic weed also known as K2 or Spice is known to cause seizures.

Can smoking too much weed make you constipated?

At the start of the 20th century (before cannabis became illegal), one of the medical uses of cannabis extracts containing tetrahydrocannabinol (THC) across the US and Europe was to treat diarrhea.

Excessive quantities of weed rich in THC slow down bowel movement, so if you’re constantly high, weed can definitely make you constipated.

Unlike this negative effect of overconsumption, cannabis is used to treat many issues and disorders of the gut, including nausea, irritable bowel syndrome and Crohn’s disease.

Does smoking too much weed make you impotent?

Cannabis cannot make a man impotent, but some studies show that it temporarily impacts the quantity and health of sperm cells.

In a nutshell, the contemporary research suggests that if you smoke weed all the time and experience difficulties conceiving a child, you need to lay off weed for at least three months, because the male body creates new sperm cells approximately four times a year. 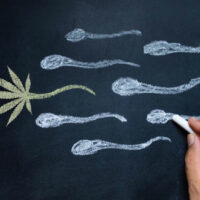 Can smoking too much weed give you a heart attack?

The biggest risk for people suffering from heart conditions lies in concentrates and other weed derivatives like edibles.

Comparing to regular weed, high-potency derivatives can have truly colossal quantities of THC. When ingested in abundance, they temporarily increase the blood pressure.

Some of you probably already experienced having your heart pump like crazy right after a big joint. Large doses of THC can also induce heart palpitations, which are irregular heartbeats caused by an increase in blood pressure.

While healthy individuals can definitely handle all of this, people suffering from heart-related conditions should definitely steer clear from high-potency derivatives, especially large doses taken at once.

You can also check out our dosing guidebook where we talk about cannabis (THC, CBD, and THC/CBD combined) dosages for medical consumers in great depth.

Can smoking too much weed cause schizophrenia?

The scientific community is heavily divided regarding the question of whether cannabis use has an influence on the onset and development of schizophrenia.

While official research is still relatively scarce, there are some indications that weed containing THC could potentially speed up the advancement of this condition. On the other hand, the CBD cannabinoid seems to be beneficial for schizophrenia sufferers, because of its antipsychotic effects.

It is generally recommended for people diagnosed with schizophrenia not to consume cannabis that contains THC, and if you’d like to know more about this convoluted topic, head to the cannabis and schizophrenia piece. 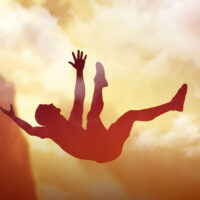 6 thoughts on “Smoking Too Much Cannabis? Here’s How to Overcome It”