Skip to content
Home / News / Today voters in these five U.S. states are saying yes (or no?) to legal weed

The whole world is anticipating the results of the USA’s presidential election, but there’s another important thing happening this November 3 – the possibility of cannabis legalization in five U.S. states.

Arizona, Mississippi, Montana, New Jersey, and South Dakota are putting the proposition on the ballot to legalize recreational and/or medical pot. This is no surprise, as four out of these five states attracted the largest donors and had the most successful pro-legalization campaigns.

Arizonans are voting today on Proposition 207. If it passes, people who are at least 21 in this state will be allowed to consume and possess weed, and grow six cannabis plants. Medical cannabis has been legal in Arizona since 2010, so now the voters are voting on the plant’s recreational use.

Mississippi is deciding on two medical cannabis propositions. If Initiative 65 passes, doctors will be able to prescribe marijuana to their patients suffering from any of the 22 qualifying conditions, including cancer and epilepsy. There is another option to vote for called Initiative 65A and it would allow only terminally ill patients to use medical cannabis under a doctor’s strict supervision.

New Jersey legalized medical weed ten years ago, but they’ve been struggling with recreational cannabis legalization for some time now, with every effort in the past few years failing. Today the people in New Jersey will give a “yes” or “no” to the following question: “Do you approve amending the Constitution to legalize a controlled form of marijuana called “cannabis”?” If the majority says “yes”, cannabis will be legal for use by adults who are 21 or older. 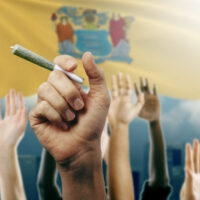 There are two propositions on the ballot in Montana. One would allow recreational use of cannabis to adults at least 21 of age and allow those serving a cannabis-related punishment to apply for expungement. The other would allow the legislature to set the legal age for recreational cannabis users.

South Dakota is the first state to vote on both recreational and medical weed at the same time. Both propositions are on the ballot for voters in this state.

The legalization measures in these states also include specific sales tax on cannabis (different in each state).

Medical marijuana is currently legal in 33 U.S. states, with 11 states allowing recreational use of the plant as well. However, cannabis is still classified as a Schedule I drug, which makes its use illegal at the federal level, including using it for research.

Tonight we’ll see whether the number of “legal” states will increase.