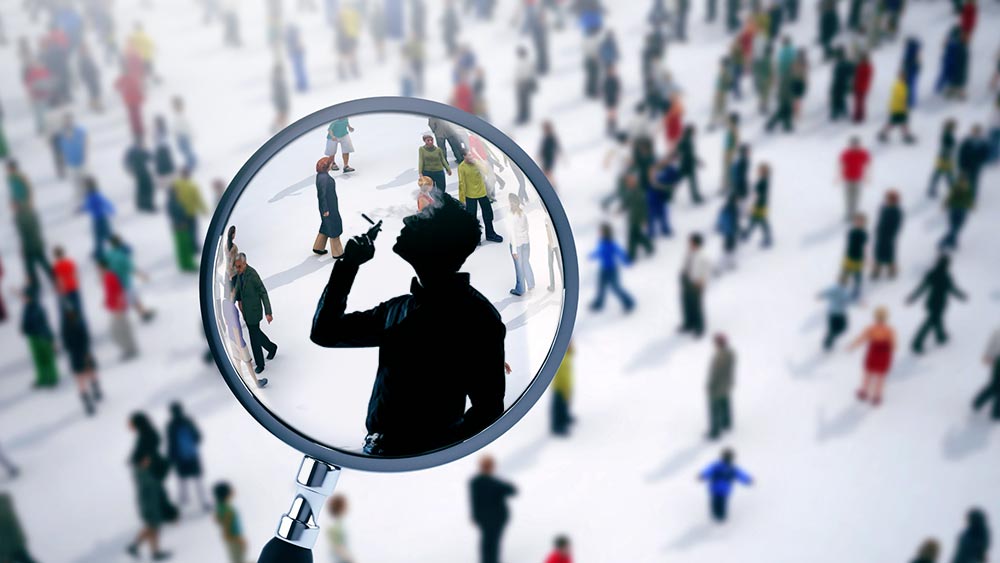 Nostalgia for the “good old days” seems to be a trend nowadays, and it’s rearing its (ugly?) head among pot users as well.

What is it that pot users miss from the old days? It can’t be that they miss the plant’s fully illegal status, that’s for sure. Or the stigma. It could be what some activists are saying, that the “legalization has made cannabis ‘sterile’ and has sucked out its spirit and heart”. Or, it could be we miss the times when the good stuff was way cheaper. It could also be that there just isn’t any good stuff – at least, not as good as it used to be. Of course, this last point is very subjective.

Transitioning from the “old times” to the “now times”, it’s not just marijuana that has changed. It could hardly have changed on its own, without the beholder. The most important change has happened in the cannabis user. So, who are cannabis users today? How have they changed?

That’s the stuff we’ll be exploring today. The old and the new types of marijuana users.

Let’s start from the “good old” cannabis users, or shall we call them – true stoners?

The quintessential stoner is what first comes to mind when you hear the words “weed”, “getting high”, “smoking pot”. The stoners are best represented by famous movie characters like Floyd in True Romance (played by Brad Pitt), The Dude in Big Lebowski (played by Jeff Bridges) or Saul Silver in Pineapple Express (played by James Franco).

Couch potatoes, slackers, these stereotyped marijuana users are often not that far away from the stereotype (hence, the stereotype). They are the stoner prototype and probably a big reason behind the public’s reluctance to accept cannabis as harmless.

The occasional user is a person who puffs from time to time and is proud to be in control. This group of people often overlaps with other groups, so we can find a lot of occasional users among new types of marijuana users. What’s the occasional user’s deal? They’re not hooked. They do it on their own terms. They own cannabis, it doesn’t own them, which can hardly be said for the quintessential stoner.

The occasional user is now more popularly called the recreational user, though when the term is used in scientific studies, it has a more defined set of characteristics such as “last-year but not last-month user”.

The veteran is often an old-school user who’s been using pot long enough to be shocked by today’s extremely high (20%) levels of THC. They can also be war veterans who’ve been smoking pot for fifty years now. They mostly use weed to relieve stress and ease the symptoms of PTSD.

This group is similar to the “medical marijuana” group, except the U.S. Department of Veterans Affairs does not endorse the use of marijuana for war veterans, marijuana being an illegal substance on the federal level.

Old-school growers will probably roll their eyes at seed-to-sale tracking innovations and everything that depersonalizes their loving plants.

Teen stoner is a timeless entity, independent of all the headache-causing issues of the evolving cannabis scene. You can probably just replicate a teen stoner of the ‘70s to today’s teen pothead. You’ll only notice a few “tiny” differences – today’s teens know their rights and are not afraid to demand what’s rightfully theirs. And today’s teens use pot less than their ‘70s counterparts.

Though teen use has decreased, this group of marijuana smokers is not likely to start abiding by the law.

The weed mom is establishing herself as an important category within the modern pot users. She’s the new mom who understands that to be a good mom, she needs to be good to herself. She’s not just a weed lover, but also a wellness trend follower – cannabis is healthy, and so is she. She may get more stern looks from the criticizing public than other cannabis smokers but, luckily, today’s moms are well equipped to handle stern looks.

The medical user emerged with cannabis legalization. The North American countries are among the first in the world to start legalizing cannabis for medical purposes, and today people in North America can use cannabis to treat certain (qualifying) conditions in Canada and 35 U.S. states.

Most medical users use pot to ease chronic pain, but there are many other conditions that cannabis use can help with, including anxiety, autism, bipolar disease, depression, cancer etc.

The CBD user differs from the medical user in that they don’t necessarily have any health issues, though many CBD users use this popular cannabinoid precisely for that reason. CBD has been hailed as a magical substance that can cure many things, and though it’s really not a cure-all, the studies on CBD’s medical potential are optimistic.

CBD users are not interested in getting high and exploring the power of THC, they just want to be healthy using CBD.

Pot consumers are the most interesting group from the point of view of the emerging cannabis businesses. They are actually a mix of all these other groups, but categorized differently so that the companies can better market their weed products to them. According to some consumer reports, the biggest spenders are traditional lifestylers, modern lifestylers and functional dependents. They are all young people.

Pot consumers can also be categorized by the type of cannabis product they prefer, and this is where women are becoming very attractive as a consumer category, with their preference for non-inhalable marijuana products (edibles, oils, topicals, etc.)

Hipster with a fancy vape is replacing the ‘70s hippie. They are more defined than any other of the groups we mentioned above, with a very specific set of characteristics: ambitious, employed, usually with high incomes, they want to flaunt their non-mainstream style and habits. One of their prized possessions is a fancy vape they puff at on all occasions, including business meetings.

65+ is an emerging group of cannabis users. Reports show that the percentage of senior users has been steadily growing in the past decade. Though the risks of having weed interfere with their medications and the risk of falling due to impairment are higher for seniors, there are many ways cannabis can benefit them.

Many 65+ users are those who have been using it in their youth (‘60s, ‘70s) and are discovering this amazing plant all over again.

The suits are business-oriented folks who are taking over the cannabis industry. They claim they love the plant, but many “true” weed lovers eye them simply as profit-driven and opportunistic.

We can’t say it’s surprising that “suits” rather than “stoners” are running the show in the lucrative cannabis market. Suits are wherever “lucrative” is. It’s only a question of how they’ll change the cannabis scene and how much of a nostalgia for the “real thing” they’ll stir.

If you’re into less talk and more visuals, this infographic representation of marijuana user types will help you figure out who’s who on the cannabis scene.

Hi Ana,A lot of people in their 40s, 50s use marijuana, cannabis, THC-CBD blends to deal with arthritis, fibromyalgia, cancer, work-related injuries, epilepsy, Asperger's, mental health issues, neurological and many more chronic or terminal conditions. This age group ties in with the 65+ seniors, but they're still working, spending, experimenting with what works for them to relieve pain.

I'm a medical-grower looking for the spot lol green thumb have 2 of my own strains. I'm with my girls at least 4 times a day.I love every step EZE