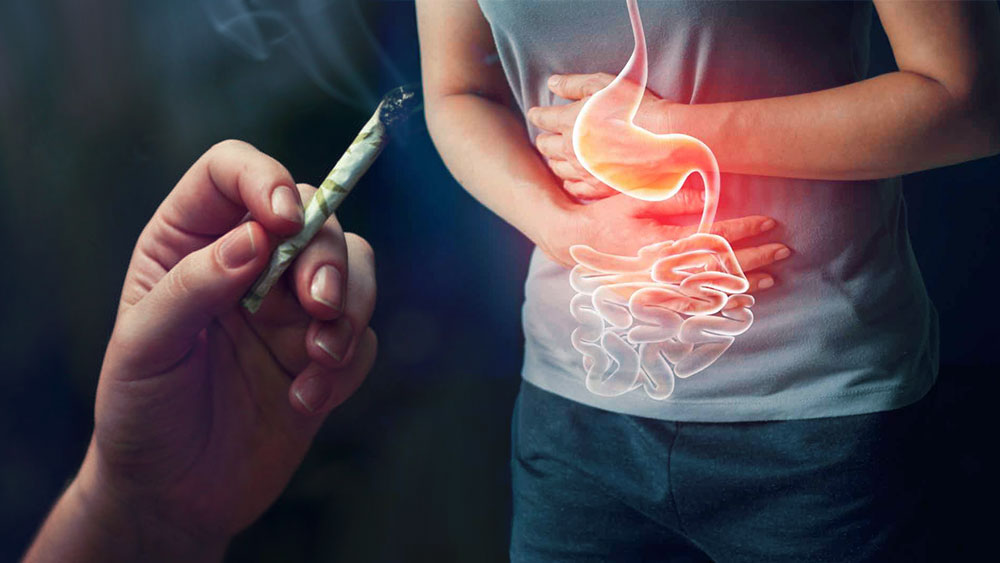 Nausea was actually one of the main reasons why medical cannabis became legal in some US states. FDA approved Marinol Capsules for the treatment of nausea in 1985 which sparked the further interest in cannabis-derived compounds.

Since then, countless patients found relief in cannabis, even though most of the times doctors would only recommend it when all other “mainstream” options were exhausted.

About nausea and vomiting, their causes and treatment

We have all been nauseous at some point in our lives.

That uncomfortable feeling is sometimes followed by an urge to vomit, and this urge actually has a purpose: To discourage us from repeating whatever caused this unpleasantness in the first place, but also to “purify” the body in case we ate something bad.

There are cellular receptors in our brain and the GI (gastrointestinal) tract that produce serotonin, which sometimes creates nauseating effects.

This is why many antiemetic medications block serotonin.

Most of the times, short-term nausea and vomiting are something we don’t have to worry about. People usually recover after a few hours without the need for any treatment whatsoever.

Depending on the cause and duration, nausea and vomiting can sometimes do a lot of harm to our body. Prolonged vomiting can cause electrolyte imbalances and severe dehydration, so whenever this happens, doctors advise drinking a lot of fluids. 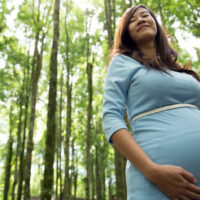 Marijuana and Pregnancy: Is It Safe to Smoke Pot While Pregnant?

Chemotherapy and other heavy medications may cause prolonged nausea.

In this case, nausea is usually treated with antiemetics, which are apparently safe to use during pregnancy too.

And that’s where cannabis use originated.

Research on cannabis and nausea

One of the first studies on this topic was published in 1975, when a group of researchers looked deeper into THC’s antiemetic effects in 20 cancer patients that were on chemotherapy. (1)

All 20 participants reported immediate relief after receiving a dose of THC.

Many newer studies had to prove this over and over again, in order to convince the general public that cannabis works wonders for nausea. (2)

In fact, CBDV and THCV, the two less prevalent cannabinoids, showed a great potential in reducing nausea in rats. (3)

Although they were conducted on animals, these studies were important because they provided a better understanding of how cannabis affects other mammals, including humans.

Synthetic forms of cannabis are not as effective as the plant-derived products or other formulations that are made from plant material, like Sativex (Epidiolex in the US) by GW Pharmaceuticals, or extracts like RSO.

First of all, these medications contain only one isolated compound, usually just THC, while the actual cannabis plant is rich in numerous other cannabinoids and terpenes.

Over a hundred cannabinoids and a great number of terpenes work in sinergy in what’s dubbed the entourage effect, where multiple compounds contribute to each other’s medical benefits.

Also, many patients simply do not tolerate synthetic cannabinoids well, as they can upset the stomach and make them even sicker.

In a study published in 2011, 1.366 cancer patients were given nabilone, dronabinol and a placebo drug. (5)

Patients who were given synthetic forms of cannabinoids did report some improvements of their nausea, but also stated that there were a lot of negative effects: Drowsiness, dizziness, anxiety and depression, drops in blood pressure, and even hallucinations and paranoia.

Regular cannabis in excess doses does produce side effects, but all of them can easily be avoided with medical doses.

With lesser quantities of THC in your system it is extremely difficult to have any negative sensations, but the health benefits remain.

The psychoactive effects of THC can also be manipulated with the right dose of CBD. That’s why strains with a similar or exact amount of THC and CBD produce very mild intoxication.