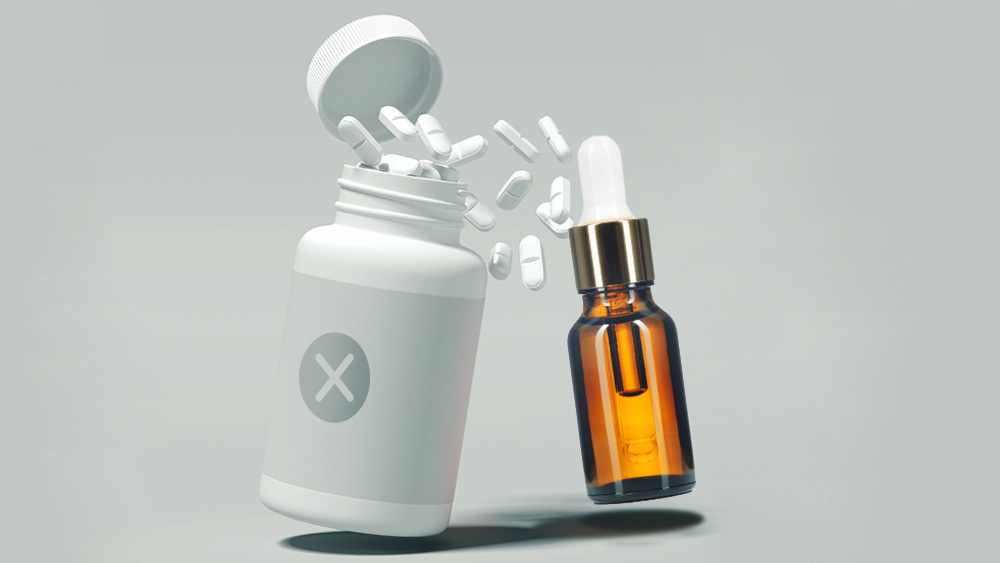 In June 2018, the World Health Organization issued a report that characterized cannabidiol (CBD) as a substance with “a good safety profile” which is usually “well-tolerated”.

Although its potential therapeutic value is rarely doubted, taking it alongside other medications is another story. Because there are risks involved, it shouldn’t be performed without professional medical supervision.

The first thing you should know is that CBD, like any other drug, is not chemically inert compound. Even though it’s considered a natural alternative to many drugs, it comes with its own portion of both valuable and adverse effects.

How Does CBD Actually Work?

If you’re taking any other medications, you shouldn’t do it at your own risk. Even over-the-counter drugs like ibuprofen could have serious contraindications when mixed with CBD.

To sum it up, the following article will give you basic information on potential adverse drug events, but the individual recommendations on mixing specific drugs should only be prescribed by your physician.

Taking CBD with other drugs: the importance of the “Cytochrome P450” system

So, how is it possible that a seemingly benign substance can cause threatening health issues?

Before answering, let us tell you that similar problematic interactions can occur even when mixing an innocent slice of grapefruit with certain medications.

In plain words, our bodies are complex systems, which are fields of even more convoluted chemical operations.

One such system resides in our liver and is responsible for metabolizing various compounds, potentially harmful toxins, along with 60% of all medications being sold on the market today.

It is referred to as the Cytochrome P450 system because it contains more than 50 CYP enzymes in the liver alone. What’s more, the latest studies have suggested that several cytochrome isozymes are also expressed in the brain, but the impact of this fact is not researched yet.

It is now an established scientific fact that cannabidiol is a potent inhibitor of the cytochrome P450 system. It interferes with the enzymes’ functioning by partially or completely blocking their processing activity.

CBD and the secondary metabolism

Besides inhibiting the Cytochrome P450 enzymes, it was shown that CBD could also interfere with pathways in secondary metabolism (Phase II Metabolic Pathways).

Secondary metabolism is a term that refers to the body’s production of metabolites that are not vital for the growth and maintenance of the cellular functions (antibiotics and pigments, for example).

In essence, the interference leads to similar effects as those observed with inhibiting the Cytochrome P450 enzymes but applies to the different list of medications, as seen in the following table.

Interaction between CBD and other drugs can induce side effects

A 2019 summary review performed by a team of scientists from the University of Florida is, to our knowledge, the most extensive report on various drug-drug interactions (DDI) between CBD and other medications.

It features a list of prescribed pharmaceuticals that impose an increased risk of side effects related to substrate.

Namely, because CBD interferes with their metabolism, some substances can remain present for a prolonged time in the bloodstream and cause complications described in drug labels.

The extreme examples of such an interaction are anticoagulants (Warfarin is possibly the most commonly prescribed among them) and all the medications that impose a risk of blood-thinning (ibuprofen, for example). By inhibiting the CYP enzymes, CBD impairs their degradation, which can lead to bleeding.

On the other hand, some medications may inhibit the enzymes that are responsible for the breakdown of CBD molecules, which then leaves our bloodstream with higher concentrations of this cannabinoid.

Such a “drug event” would lead to increased CBD bioavailability and impose a higher risk of adverse effects associated with this compound, such as lethargy, fatigue, diarrhea, loss of appetite, insomnia, etc.

In some cases, the use of CBD might not lead to adverse events but can affect how much of the prescribed dosage is being absorbed.

That has a particularly significant impact in patients that scientists characterize as “medically complex”.

The complication may arise when CBD interferes with the metabolism of the vital medications prescribed by a specialist. For example, it was shown (see Table 2) that cannabidiol can decrease the absorption rates of certain chemotherapy drugs, which could potentially have a negative impact on the illness outcome.

The safest way to avoid interfering with prescribed dosages is to have an honest talk with your specialist. He can adjust the dosages, recommend adequate means of administration, and, more importantly, monitor your condition.

Prodrugs are medications that produce the active ingredient only when metabolized within our body. For example, codeine is a medication that produces morphine when processed by the CYP2D6 enzyme.

Naturally, if a substance has the power to inhibit that metabolic pathway, the desired therapeutic outcome would be missing.

In some cases, this wouldn’t implicate anything serious, but patients with complex health conditions should take extra care. Coadmistering CBD with prodrugs might significantly affect the course of their therapy.

Below is a list of important prodrugs metabolized by the Cytochrome P450 taken from a 2014 study performed by the University of California:

As you can see, this is not a full list. Additional examples include the mentioned codeine, Vyvanse, and Concerta (used for treating ADHD). For specific recommendations, please consult a medical expert.

Not sure how to dose CBD? Download Droppy – the app that calculates your CBD dosage based on research studies.

An anecdotal dosing suggestion that it is wise to take any drug two hours after consuming CBD in any form is misleading and potentially dangerous.

It’s important to understand that each medication has its own ingredient profile and that each ingredient has specific metabolic dynamics. By generalizing claims like this, we fail to realize that there is a vast field of chemical interactions to be considered here.

Furthermore, when we take into account the various CBD administration methods, and that all have different absorption rates, the pharmacological equation becomes even more perplexing.

Also, once you consider that there are gummy bears on the market with higher CBD concentrations than those prescribed for epilepsy, anecdotal recommendations such as this begin to sound dangerous.

The only way to be on the safe side is to avoid substances that have a “grapefruit warning” and consult your healthcare provider on any coadministration of CBD and other drugs.

Recommendation: the only thing you should know before taking CBD with other drugs

To wrap it up, we hope that this article sounded like a huge disclaimer.

The potential therapeutic value of CBD is truly amazing and widely recognized. But that doesn’t mean that it’s a passive compound that can’t cause complications.

Quite the contrary, anything that holds such a power to heal might also have the ability to affect our bodies otherwise. That’s why drugs come with labels and warnings. That’s why even grapefruit can cause complications.

The importance of professional medical advice cannot be repeated enough. Anecdotal claims and online reading are perfectly fine for obtaining general information, but specific prescriptions can only be provided by an expert. 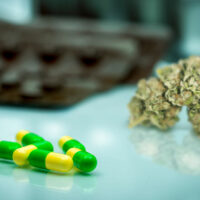 Tramadol and Weed: Can They Be Used Together?