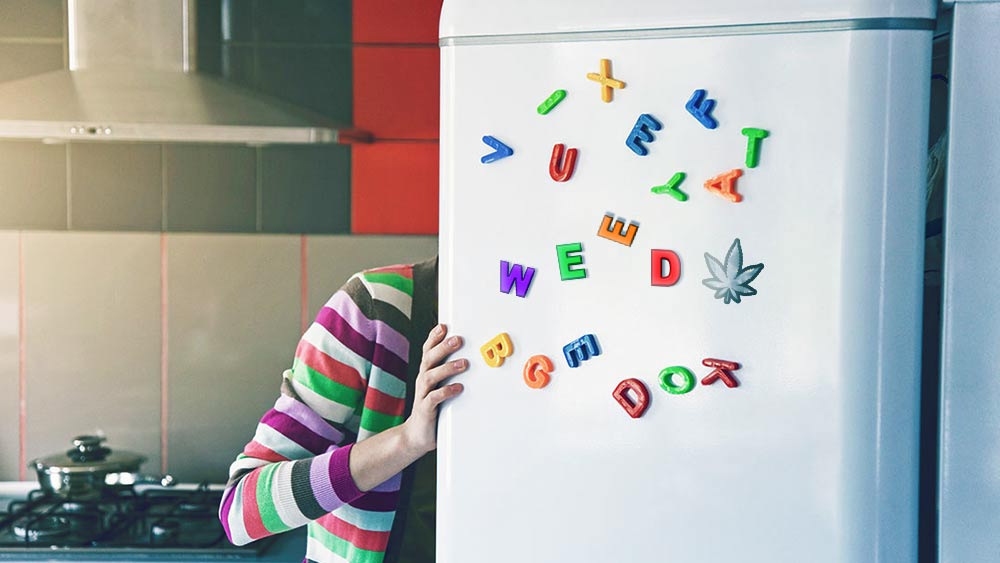 The infamous munchies are a result of several separate mechanisms that band together in unison to invoke cannabis-induced famine.

One of these mechanisms is responsible for making everything smell tastier, another makes us crave candy and junk food, and these two separate processes trick us into being hungry even if we’re full.

This is a pretty complex topic, but I’m sure many of you would like to know more, so I’ll try to break it up into interesting, easy-to-understand sections.

Despite sounding like an old factory light bulb, the olfactory bulb is actually an important segment of the brain closely involved in olfaction, a process that forms our sense of smell.

An animal study from 2014 (1) showed that after cannabis use, tetrahydrocannabinol (THC) molecules attach to the cellular receptors of the olfactory bulb.

When this happens, sensitivity to smell becomes enhanced, which intensifies fragrances and aromas.

The sense of smell is intricately connected to our sense of taste, contributing to the overall pleasure of eating. With intensified aromas our perception of flavor increases, making food much more delicious than it objectively is.

One of the innumerable effects of THC is that it increases dopamine levels.

In this regard weed is quite similar to alcohol, as both substances increase dopamine and lower our inhibitions.

This effect leads us to ferociously gorge on something we otherwise wouldn’t be caught dead eating, and of course intensely regretting it later on.

The inability to say no to ourselves is the number one reason why people despise munchies.

In a 2018 animal study (3) researchers exposed rats to precise doses of cannabis vapor, and closely observed their eating habits.

They found that THC triggers a surge of ghrelin, which is a hormone responsible for informing the brain that an organism is hungry, directly influencing it to search for food.

Results of the research showed that THC haywires appetite circuits, causing the animals to experience hunger, even if they had a full meal prior to the cannabis doses.

This study utterly substantiates what humans go through when they are intoxicated with cannabis.

The final research (4) related to cannabis and hunger is from 2015, and it discovered that specific neuron cells in the hypothalamus switch their function while under the influence of weed.

Hypothalamus is a region of the brain primarily responsible for connecting the nervous system with the endocrine system, and it plays a role in hunger, thirst, body temperature, sleep, circadian rhythm and so forth.

This happens because POMC neurons normally secrete a compound called alpha-MSH (alpha-melanocyte-stimulating hormone), which promotes the sensation of being full.

But, POMC neurons under the influence of cannabis secrete a different compound called beta-endorphin, which stimulates appetite.

Beta-endorphin (just like ghrelin) directly causes hunger, no matter how full someone was before using cannabis.

This minor cannabinoid is capable of suppressing food cravings, so if you’re in a position to acquire products that are rich in THCV, you can utilize them to counteract the munchies induced by THC.

Most recreational users very likely consider weed-inspired hunger a nuisance, and some might even regard it as a pressing issue.

But for certain medical cannabis users (most notably cancer and HIV patients) appetite stimulation caused by weed is immensely beneficial, as their illnesses or conventional therapies dangerously decrease their desire and ability to eat.