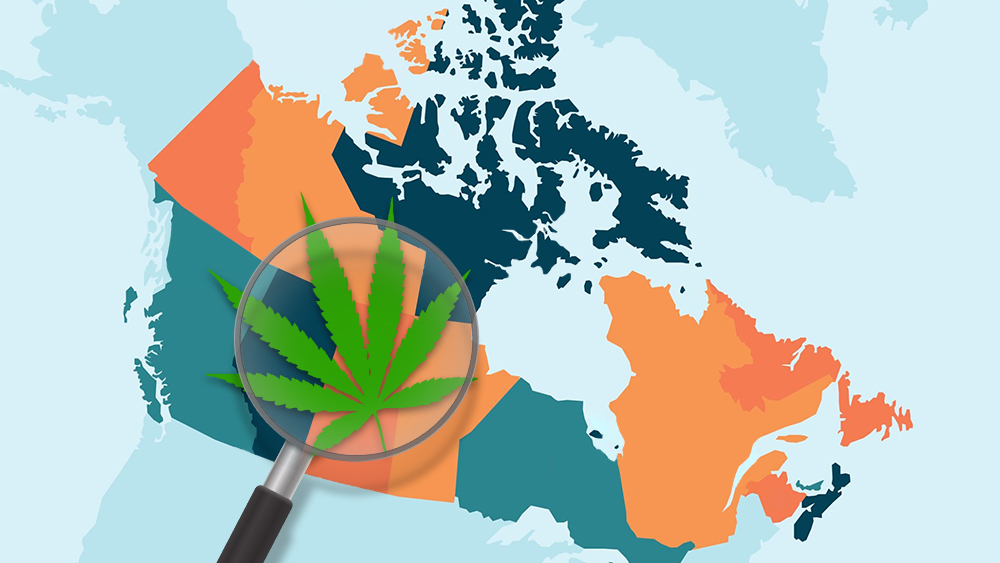 What will the life of cannabis lovers be like this fall? Use this guide to get educated about recreational cannabis laws in Canada.

This summer, the federal government in Ottawa approved Bill C-45, a law that legalizes recreational use of cannabis in all provinces.

However, the federal government only determined a very broad set of rules, and it will be up to the provinces and municipalities to work around those rules and create a functional system.

So, there are some things that the federal government decided, but they’ve also left room for the provincial governments to tweak those same rules towards their preferences.

Seeing how provinces are allowed to amend even some of the federal rules to their own according, let us get a bit deeper into the specific rules of each province.

The only two things in common for all provinces is that they will maintain the federal possession limit of up to 30g of dried flower (or an equivalent) and ban consumption in vehicles.

British Columbia has always had a fairly liberal view towards cannabis and, going into this legalization, things in BC haven’t changed a bit.

BC already has a system of established stores and the government has voted in favor of keeping the current cannabis infrastructure and will work to build and improve it in the future.

Alberta opted into a very similar system. British Columbia and its weed laws may have rubbed off on Alberta.

The main difference is that the government in Alberta explicitly forbids smoking cannabis near areas with kids.

Saskatchewan is one of the provinces that will most likely completely ban smoking cannabis outdoors and their plan hasn’t deviated too much from the federal government’s plan at all. However, there will be a large number of dispensaries and an overall easier access to cannabis than in Ontario, its neighboring province.

The major difference between Saskatchewan and other provinces is that it will have a privately owned distribution system which will be regulated by provincial authorities.

Sask was also the last province to announce its cannabis legalization plan.

Manitoba is the first province on our list not to have online sales. It will also forbid growing cannabis at home to its residents — something no other province decided to do so far.

At first look it may seem like Manitoba is in line with most other provinces, but it really isn’t.

Public consumption of recreational cannabis in Manitoba will be heavily restricted as well.

If we were to rank provinces, Ontario would come in the middle of the board. Not too many freedoms, but not as many restrictions either.

Cannabis rules in Ontario are acceptable for regular smokers but don’t expect anything big. In fact, expect a huge shortage in the first few months as the province will open only 40 stores by the summer.

The provincial government has announced 150 locations within its borders, but we’ll have to wait until 2020 to see if this promise comes to life.

Quebec approached this legalization in a way that was very confusing at first, but after looking at it for a minute you realize that the whole system is set up so that the province makes the most money out of this legalization.

Quebec will also have online sales similarly to BC, Alberta and other provinces we covered so far (except for Ontario), but with a twist. Seeing how all the provinces which plan on selling cannabis online will have a private model, the twist here is that the government will control all sales in the provinces — both online and on the ground.

Lower age, higher possession limit, both online and on the ground sales, and most importantly growing at home won’t be allowed — this is optimizing an industry through laws at its finest.

Cannabis laws in Newfoundland and Labrador

The most eastern province in the country is mostly in line with the federal rules.

However, the cannabis system being implemented in Newfoundland and Labrador does have one interesting change when compared to other systems.

Sales will be done through private stores making a profit only on commission, and they will be controlled by the provincial government.

Aside from siding with the federal government on each and everything related to the cannabis system being implemented, the NB government also added a special clause of their own.

The special clause includes restriction of smoking cannabis in the vicinity of schools as users will have to stay at least 300 meters away from the educational institutions.

Nova Scotia didn’t drift too far from the “classic government model” with online sales, and every other aspect controlled by the provincial government.

In fact, the model being implemented in Nova Scotia is very similar to the one being set up in Prince Edwards Island. Seeing how they are neighboring, it is not really a surprise.

This system is fairly liberal as it allows for both online and on-the-ground stores, as well as home growing  4 non-medical cannabis plants.

The only thing left unsaid about the cannabis system in Nova Scotia is the public consumption laws, which are yet to be determined.

The cannabis laws in Prince Edward Island are very fair when compared to other more restrictive systems being implemented in, let’s say Quebec or Manitoba.

The only major difference in PEI’s cannabis plan is that they will be the second province to allow consumption and access to those aged 18 and over, instead of 19 and over.

I have a greenhouse and want to help people with medical needs who can not afford cannabis ,,, if I clone the plants , is there a limit of how many I can have … is there a height restriction ( of the plant ) that would exceed from the 4 plants , that each household is restricted too.