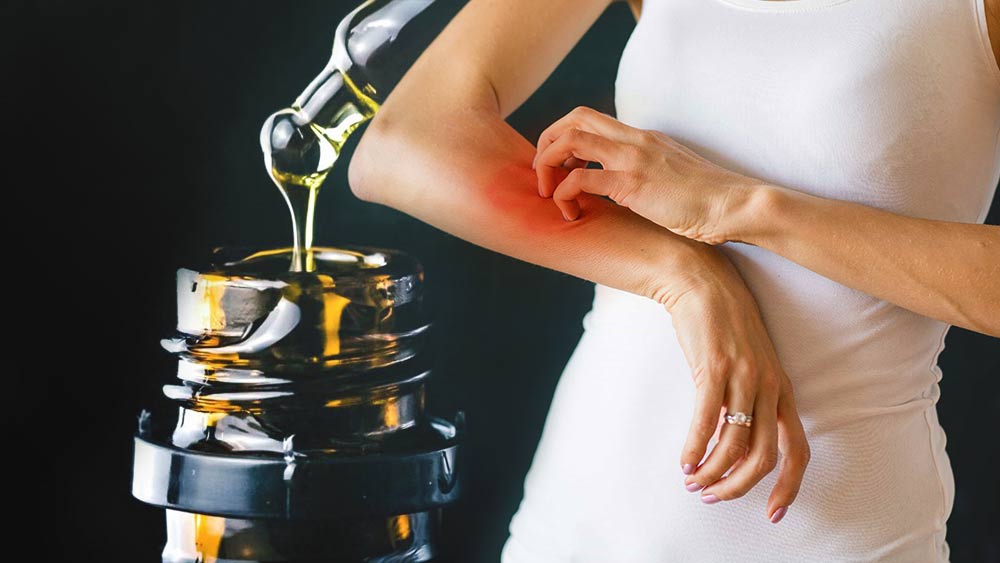 The CBD compound is showing promise as a potential tool for the treatment of psoriasis.

Modern research is pointing to the fact that CBD directly lessens the production of excess skin cells caused by psoriasis, but also that it’s beneficial for treating accompanying symptoms such as inflammation, pain, and itching.

Firstly, let’s check out the studies related to keratinocyte production.

A study from 2019 stated that the endocannabinoid system (an internal bodily system through which cannabinoids like CBD produce their therapeutic effects) is implicated in keeping optimal health in numerous different tissues, including the skin.

Here is a quote from the research: “Cannabinoid signaling is deeply involved in the maintenance of skin homeostasis, barrier formation and regeneration, and its dysregulation was implicated to contribute to several highly prevalent diseases and disorders, e.g., atopic dermatitis, psoriasis, scleroderma, acne, hair growth and pigmentation disorders, keratin diseases, various tumors, and itch.”

Achieving homeostasis is the primary function of the endocannabinoid system, which can be explained as a vast collection of cells that maintain optimal health in various systems in the body.

A dysregulated endocannabinoid system can be reinforced by exposing the body to cannabinoids like CBD.

The researchers concluded that cannabinoids have the ability to profoundly influence skin biology, and that the pathology of the endocannabinoid system is likely to contribute to the development of numerous skin disorders.

A 2007 research mentioned that psoriasis is an inflammatory condition characterized by an overproduction of epidermal cells called keratinocytes.

Scientists that were working on this study also stated that cannabinoids slow down the production of these skin cells:

“Our results show that cannabinoids inhibit keratinocyte proliferation, and therefore support a potential role for cannabinoids in the treatment of psoriasis.”

Finally, research from 2016 mentioned that, even though the exact causes of psoriasis are still poorly understood, the interaction between the immune and the nervous system is postulated as the underlying mechanism.

Researchers also mentioned that these two systems are connected with the endocannabinoid system, which suggests that cannabinoid therapy is potentially beneficial for psoriasis.

The easiest way to understand the endocannabinoid system is to view it as a mechanism that helps other bodily systems to achieve optimal health (homeostasis).

Our bodies produce compounds that are very similar to cannabinoids like CBD, but sometimes this system becomes dysfunctional, which results in numerous disorders.

This dysfunctionality is known as the clinical endocannabinoid system deficiency, where the body doesn’t produce enough cannabinoids by itself, due to genetics, overall health, and age.

Besides influencing the overproduction of keratinocyte cells, CBD is also beneficial for inflammation, which is another important symptom of psoriasis.

CBD and other cannabinoids are also potentially beneficial for several other symptoms related to psoriasis, including pain, itching and quicker regeneration of wounds.

How to Use CBD for Psoriasis

There are three different ways you can use CBD for psoriasis, CBD oils, capsules, and topicals (creams that contain CBD).

Even though CBD topicals probably seem like the perfect method of administration, this might not be the case.

In a nutshell, in order to adequately combat psoriasis, the cells of the endocannabinoid system (which are scattered across the body) should be continuously exposed to CBD.

CBD in topicals only reaches the endocannabinoid system cells in a particular section of the skin where the cream was applied, while oils and capsules enter the bloodstream, through which CBD is transported to all corners of the body.

This is probably a better idea because even though the excess skin cells caused by psoriasis only affect a specific section of the skin, the mechanisms that cause this are located elsewhere in the body.

It’s better to ensure that the entire endocannabinoid system is adequately exposed to CBD, which cannot be achieved with the use of topicals.

Regarding CBD oil, a dose should be placed under the tongue with a dropper, and there it should be left for approximately one minute, so the CBD can enter the bloodstream through the sublingual veins (they’re called sublingual varices).

After the minute has passed, any remaining oil should be swallowed.

Using CBD capsules on the other hand is very simple – a capsule should be ingested and that’s pretty much that.

The consumption of CBD for therapeutic purposes is still relatively new, so finding an adequate dose is a personal quest for each individual.

How much CBD a specific user will require greatly depends on the functioning of the endocannabinoid system.

But despite that, exposing the body to cannabinoids like CBD will gradually invigorate the endocannabinoid system, which makes it function at a greater capacity.

A daily dose of 20mg of CBD is considered as an average, while the doses ranging from 40mg to 60mg are a more potent option.

It’s usually advised to start with lower doses and observe the effects they produce.

If the effects are unsatisfactory, the daily intake should be increased.

Possible Side Effects of CBD and Drug Interactions

Some users experience adverse effects from CBD therapy. This fortunately doesn’t happen to everyone, and the exact causes to why this happens are still poorly understood.

The good thing is that the side effects of CBD can be considered mild and not particularly harmful for the user.

Potential side effects include diarrhea, nausea, issues with appetite, changes in body weight, and with larger doses, irritability and lethargy.

It’s also important to know that CBD gets broken down (metabolized) in the body by an enzyme called CYP3A4.

This enzyme is also responsible for the breakdown of a large percentage of prescription and over-the-counter drugs.

Using multiple substances which are metabolized by the same enzyme is potentially dangerous, because the enzyme could have trouble breaking down all these substances at once.

Drugs that are metabolized by this enzyme typically have a grapefruit warning on the packaging (because grapefruit juice also gets broken down by this enzyme), but some drugs don’t have it.

If you’re using any medication and plan to add CBD to your regiment, read the insert slip to find out if that medication is metabolized by the CYP3A4 enzyme.