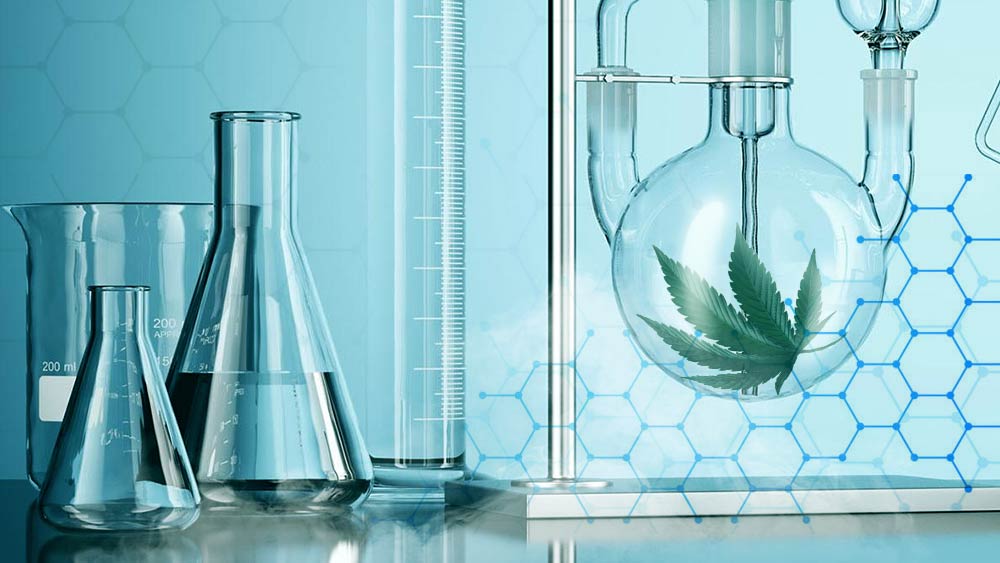 A lot of what we know about hydrocarbon cannabis extraction could be false, or in the worst-case scenario – the product of fear-based marketing campaigns.

The last time we visited the subject of cannabis extraction methods, our idea was to compare the viewpoints of experts in different lines of the extraction business.

But, at the time, we were only able to speak to Andy Joseph from Apeks Supercritical. He offered a thorough insight into the matter, and we settled our research with the conclusion that extraction methods are mutually complementary.

But then we spoke to Nick Tennant, the founder of Precision Extraction Solutions, and a somewhat different perspective emerged.

Although Mr. Tennant essentially concurred with Mr. Joseph, whom he knows and respects greatly, he was able to offer a fresh look on the matter.

The Fundamentals of the Solvent: CO₂, Ethanol, Hydrocarbons

“If you think of a solvent and a molecule you’re trying to extract like a lock on one side, and a key on the other, you want to find the perfect key that goes into the lock,” Tennant illustrated.

In essence, what we do with extraction is sliding the key in and turning it until we open the door and isolate desirable molecules from the cannabis plant, he explained.

To understand which method is best suitable for a particular chemical structure we’re trying to obtain, we need a firm knowledge of solvent fundamentals.

“Supercritical CO₂ can dissolve the trichome structure of the plant, but it is a very weak solvent, and that’s why it has to be repeatedly passed over the plant material,” noted Tennant.

In other words, we’re continuously passing the solvent that doesn’t have great solubility with the cannabinoids, running units that have a long cycle time.

And although CO₂ technology has drastically improved, it still employs a “screwdriver” when trying to “open” the door.

By contrast, hydrocarbons (butane and propane specifically) are “non-polar solvents with light boiling points, which eventually causes them to bind to cannabinoids and terpenes in the cannabis plant.”

“Ethanol, on the other hand, will also bind to these desirable molecules, but will extract the undesirable ones as well, because it’s an extremely polar solvent,” Tennant explained.

In short, we’ve not found a “better key” in the history of extraction over the last decade than butane and propane, he concluded.

So, how did CO₂ achieve a flattering status of the “industrial golden standard”?

According to Nick Tennant, there are two main reasons. One is the general familiarity with CO₂ extraction, and the other is fear-based marketing.

“This technology has been around for years. It’s been used in making coffee, vanilla, and all sorts of artisanal products – just to name a few. About ten years ago, when the cannabis sector started getting large, and people began looking towards the extracts, they repurposed it for this plant specifically,” he gave us a brief.

As for the other supporting rationale in favor of the CO₂ extraction technology, it may very well happen that it’s a construct of a well-targeted and fear-based marketing campaign.

“People’s perception of CO₂ as the “safest” solvent out there, which also produces the “purest” end products is largely based on the misconceptions about hydrocarbons and ethanol, spread by competitors in the field,” Tennant was explicit and added shortly that it’s a “classic example of fear-based marketing”.

The bulk of that strategy rests on two premises: that hydrocarbons will leave a harmful residue in the end product, and that related manufacturing operations are hazardous due to “highly flammable content.”

Tennant categorically opposes both of them.

To be fair, we’ll remind you that Andy Joseph, whose company specializes in CO₂ extraction, also emphasized that “CO₂ is not generally better than the rest of them and that it’s all about the pros and cons.”

As for the issue of harmful residue, he explicitly argued that it should be clarified we’re talking about a potential only.

Because Tennant is more troubled by the “false purity argument,” his explanations are more detailed.

First and foremost, he noted, the most important thing to keep in mind is that you have to work with (or learn from) educated people, understand the nuances of extraction processing, and not believe a lot of marketing hype that’s out there.

Second, it is “absolutely not true that you’re going to have residual butane and propane when extracting with hydrocarbons.”

“Once the product is extracted, there may be trace amounts of butane and propane, but it goes through a heating and purging process, typically done in vacuum drying ovens, or decarboxylation, or distillation. These post-extraction processes will leave us with the material that has zero parts per million of any residual solvent.”

Ethanol can be a little harder to take off because it has a higher boiling point, Tennant explained.

“But the same thing applies – it is going to be removed via post-extraction purification.”

“Ironically, a lot of people who preach ‘anti-solvent’ extraction usually realize that they are forced to use pentane [also a hydrocarbon] once they get to crystallization,” Tennant noticed.

Again, it is vital to understand the science behind CBD extraction and not just believe what the online sources claim, he concluded.

The other prejudice about hydrocarbons is a bit more complex to explain, as there really exists the risk of explosion.

“The same properties [low boiling point] that make our solvents of choice so favorable in these systems are also the exact reason they can be so dangerous in the first place,” Tennant explained.

But because of these safety concerns, hydrocarbon extraction must take place in an environment that adheres to strict national fire code guidelines to be classified as C1D1 [Class 1 Division 1] compliant, he argued.

Put simply, it means that you’re not going to blow things up if you know what you’re doing.

“Our company has done thousands of installations of the hydrocarbon equipment worldwide, and we haven’t recorded a single incident, precisely because of the strict policy surrounding the processing environment,” said Tennant.

To illustrate his point, he depicted two counter-arguments.

“Following that logic, we can also say that pouring gas in our cars is an extremely dangerous undertaking. It’s highly flammable, there are risks involved, and the machinery we’re relying upon could potentially let us down. But it just so happens that people drive cars every day because they see that cars don’t explode that easily,” Tennant pictured.

“Don’t forget that each extraction method poses a unique set of safety risks, and so the related precautions are taken,” he explained.

“For instance, CO₂ has to operate under extremely high pressures, between 1500 and 3000 psi, and, of course, when things are running the way they should, the potential for an accident occurring is low to none. But what do you think would happen if a fatigued operator forgets to perform a routine maintenance check on a high-pressure tri-clamp connection?”

In short, risks are always involved, and the manufacturing environment has to follow strict rules, whatever the extracting solvent may be.

When we asked Nick Tennant if he would concur with Andy Jones’ conclusion that each method is suitable for different cannabis products and that the solvents are mutually complementary, he responded by agreeing to a certain point.

“Yes, the extraction methods are completing one another, and I suppose you could say that they are suitable for different types of cannabis products. However, I must add that the CO₂ holds a very small niche, and that is reserved for consumers who still fear that any other method could harm them,” Tennant replied.

So, CO₂ or Hydrocarbons?

It’s important to note that Greencamp is not advocating for one or the other extraction method.

The goal of our research is to educate the public on the matter, leaving you to make your own conclusions.

So, yes – readers get to judge.

When it comes to the CO₂ vs. hydrocarbon dynamic, we’d say that each extraction method has its pros and cons, and the choice depends on specific variables and priorities.

Hi Ana From Shakespeare to extraction, nice. Cannabinoid medicine is potentially transformative for western medicine. See what below what what we're up to. Best, Michael Farley PhD (Philosophy of Science) GBS Global Botanical Discovery GBS’ data analytics tool uses in silico convergence analysis, to deconvolve modes of action, and potentially predict desirable components of plant-based formulations established in traditional medical practice based on computational consensus analysis across cultures and medical systems. Treatments developed and practiced in traditional medical systems hold a lot of promise for helping patients; however, they have not yet been rigorously tested by Western-medical paradigms. For the treatment of disorders with great unmet clinical need, GBS’ data analytics platform can discover novel active ingredients from well-established plant-based medical systems, such as Traditional Chinese Medicine (China), Kampo (Japan), Ayurveda (India), Unani (Persia), and others. GBS intends to use this data analytics platform for the identification of either single or complex mixtures of active pharmaceutical ingredients (API) within the established traditional medical systems so that these API may be tested within a standard biopharmaceutical pipeline. "Medicine in motion: Opportunities, challenges and data analytics-based solutions for traditional medicine integration into western medical practice” J Ethnopharmacol. 2020 Oct 21 : 113477.