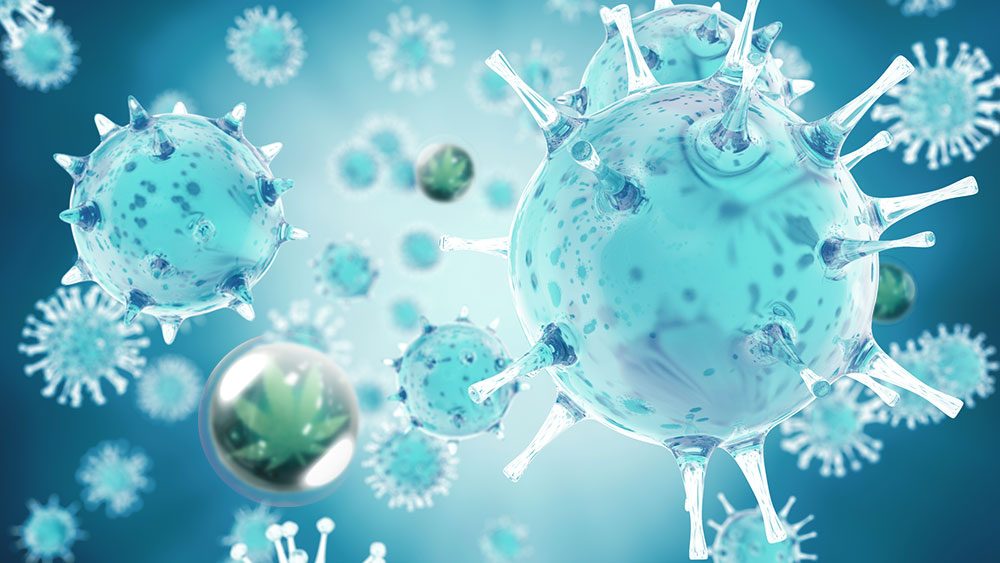 Even though cannabis and cannabinoid-derived pharmaceuticals are both frequently used by HIV/AIDS patients, several studies show that something interesting happens when cannabis is consumed.

Infections are caused by either bacteria or viruses, and CD4 T cells react to those threats in two distinct ways:

These newly created white blood cells produce markers called antibodies, which can identify the same foreign invader throughout the body.

Antibodies attach to bacteria and viruses, but also to infected cells, marking them for destruction by the immune system.

HIV also multiplies by entering healthy CD4 T cells, and the quantity of the HIV virus in body directly determines how rapidly it can enter and kill other CD4 T cells.

The amount of HIV in one’s blood is called the viral load.

If left untreated, HIV virus spreads to such extent that the immune function is so diminished that the body cannot protect itself anymore, leading to various dangerous infections.

When these infections occur as a result of a weakened immune system, they are called “opportunistic infections”.

Examples include pneumonia, tuberculosis, chronic diarrhea, and inflammation-based conditions such as meningitis and encephalitis.

When the human immunodeficiency virus weakens the immune system so much that “opportunistic infections” start to occur, it is then considered that a patient doesn’t have HIV anymore and has an acquired immunodeficiency syndrome (or AIDS).

Drugs used for the treatment of HIV and AIDS are called antiretroviral medications, and there are several different classes of these drugs:

These medications are combined in what’s known as HAART (highly active antiretroviral therapy).

Even though these pharmaceuticals slow down the progression and lessen the quantity of the virus in a patient’s body, many sufferers experience severe pain from antiretroviral therapy.

Other side effects include nausea and vomiting, loss of appetite and weight, chronic exhaustion, physical weakness and cachexia (wasting syndrome).

HIV patients frequently combat anxiety and depression, and the intensity of these side effects often cause patients to stop their therapy in order to experience relief.

Cannabis as a palliative aid for HIV patients

The results of one 252-patient review showed that combining the use of cannabis with HAART made patients withstand antiretroviral medications for significantly longer periods of time, compared to patients who weren’t using cannabis. (1)

Another survey published in the Journal of Acquired Immune Deficiency Syndrome showed that HIV patients who used cannabis in combination with their regular treatment experienced significant relief from anxiety, depression, pain, and had improved appetite. They also reported an overall increase in pleasure. (2) 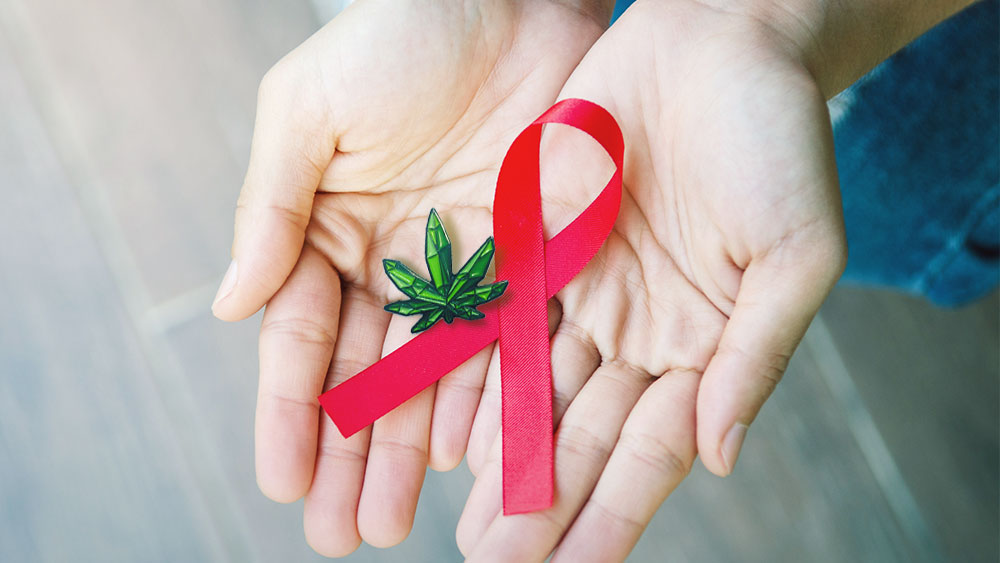 Does cannabis have potential as a medicine for HIV?

Besides offering palliative aid for numerous side effects that accompany HAART therapy, several studies have found that cannabis also directly influences how the human body reacts to this virus.

Even though scientific data is still somewhat scarce, several studies confirmed that cannabis directly acts on the cells of the immune system affected by HIV.

According to a 2016 study published in the AIDS Care (a peer-reviewed medical journal publishing research related to HIV/AIDS), there is a complex relationship between cannabis use and HIV status.

55 HIV-positive patients, some of which are also regular cannabis users, participated in the study. They were divided into three categories: non-users, light users, and moderate to heavy users.

The study found that both light and moderate/heavy cannabis users had a lower viral load, and a higher number of CD4 T immune cells, compared to patients who didn’t consume cannabis. (3)

Another 2003 study from UCSF included 62 HIV patients who were randomly separated into three groups.

20 patients received a placebo, 20 patients got cannabis in the form of a joint, and 22 received dronabinol (FDA-approved medication containing synthetically created and isolated THC, branded and sold as Marinol or Syndros).

The study went on for 25 days, and after comparing results, the researchers found that there was a 20% increase of CD4 T cells in both real-cannabis and dronabinol groups. (4)

The team behind this study also found that the number of CD8 T-cells rose 20% in the real-cannabis group, and 10% in patients who were given dronabinol.

CD8 T cells of the immune system could be considered as the secondary target for the HIV virus, right after CD4 T cells.

Biggest cannabis/HIV study is yet to come

University of Florida received a 3.2 million dollar grant from the National Institute on Drug Abuse in 2017 to conduct a 5-year study on the effects of cannabis on HIV.

It will be the biggest and the most comprehensive research on this topic to date, and it will include 400 HIV patients from Florida.

Head researcher Robert Cook (MD, MPH), shared his views on the goals of the study:

I’ve seen some very interesting data that looked at just how much of the virus is in people’s blood before they were treated with antiretrovirals.

The research showed that those who used marijuana had a lower amount of the virus in their blood compared to those who didn’t use marijuana.

That’s a good thing if there is a lower amount of the virus.

But I haven’t seen any clinical trials looking at the direct effects of THC on the virus.

We also don’t have a lot research comparing THC alone versus THC and CBD on people with HIV.

This study will surely provide the much-needed insight for HIV-infected patients.