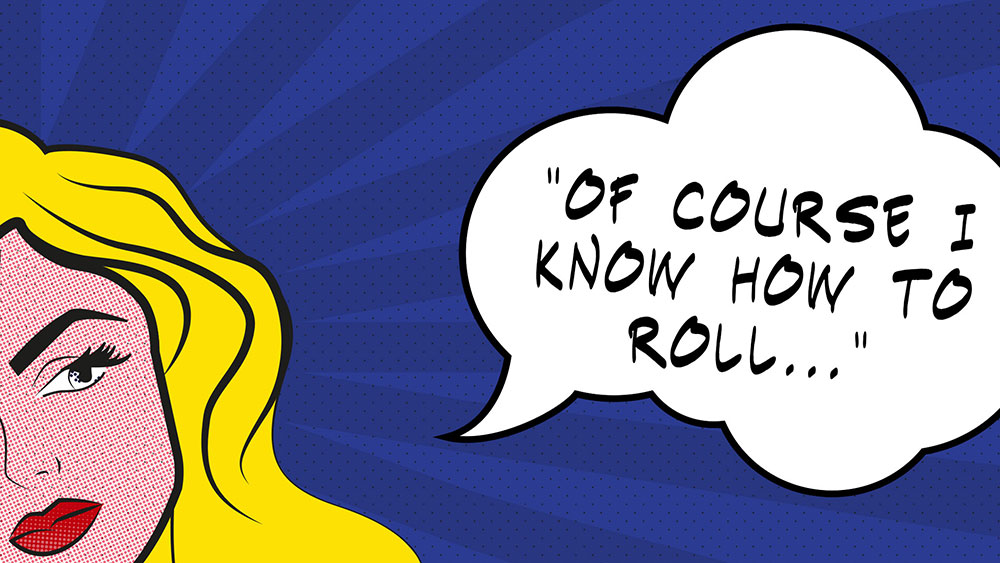 Cannabis has been a trending topic ever since the counterculture movement in the 1960’s, and it hasn’t lost any momentum since then.

Many of us like to know how famous people feel about stuff, and pot is definitely not an exception to this cringe-worthy rule.

I divided the quotes into four simple subdivisions, so you can navigate through these words of wisdom (and amusement) with more ease.

The quotes are branched into:

So here are the coolest and smartest weed quotes ever.

I occasionally borrow pot from my kids. They do a little weed occasionally. ‘Here Dad’ – or more likely, ‘Dad, have you got any?’

I do smoke, but I don’t go through all this trouble just because I want to make my drug of choice legal. It’s about personal freedom. We should have the right in this country to do what we want, if we don’t hurt anybody.

Herb is the healing of a nation, alcohol is the destruction.

When you smoke the herb, it reveals you to yourself.

It really puzzles me to see marijuana connected with narcotics dope and all of that stuff. It is a thousand times better than whiskey. It is an assistant and a friend.

I think people need to be educated to the fact that marijuana is not a drug. Marijuana is an herb and a flower.

The biggest killer on the planet is stress, and I still think the best medicine is and always has been cannabis. 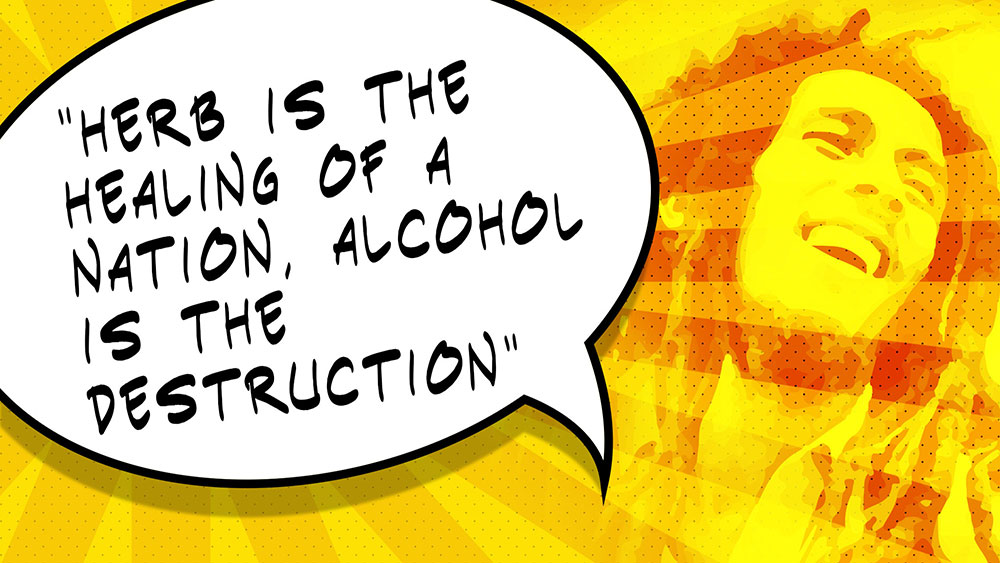 It makes me feel the way I need to feel.

So what if I’m smoking weed onstage and doing what I gotta do? It’s not me shooting nobody, stabbing nobody, killing nobody. It’s a peaceful gesture and they have to respect that and appreciate that.

…And weed’s not a drug – That’s denial

I have no interest in smoking marijuana, but I can’t see any reason to keep someone of age from lighting up.

Marijuana prohibition is just the stupidest law possible… Just legalize it and tax it like we do liquor.

I’ve never heard of anybody smoking a joint and going on a rampage. It makes you lie around on the floor and look at the ceiling. What’s wrong with that?

I’m all for marijuana legalization. I think you can make a lot of money as a government by treating them like cigarettes and getting your taxes off of them and building roads and taking care of people that need to be taken care of. I don’t think it would lead to any more use. The fact that it’s illegal doesn’t stop anybody I know, so why not allow everybody to benefit from it?

Marijuana is quite possibly the finest of intoxicants. It has been scientifically proven, for decades, to be much less harmful to the body than alcohol when used on a regular basis (Google “Science”).

I know you’re supposed to tell kids not to do drugs, but, kids, do it! Do weed! Don’t do the other stuff, but weed is good!

I hope they legalize marijuana and when they do I’ll be the first fucking person in line to buy my pack of joints.

I don’t consider weed to be any worse than having a beer. 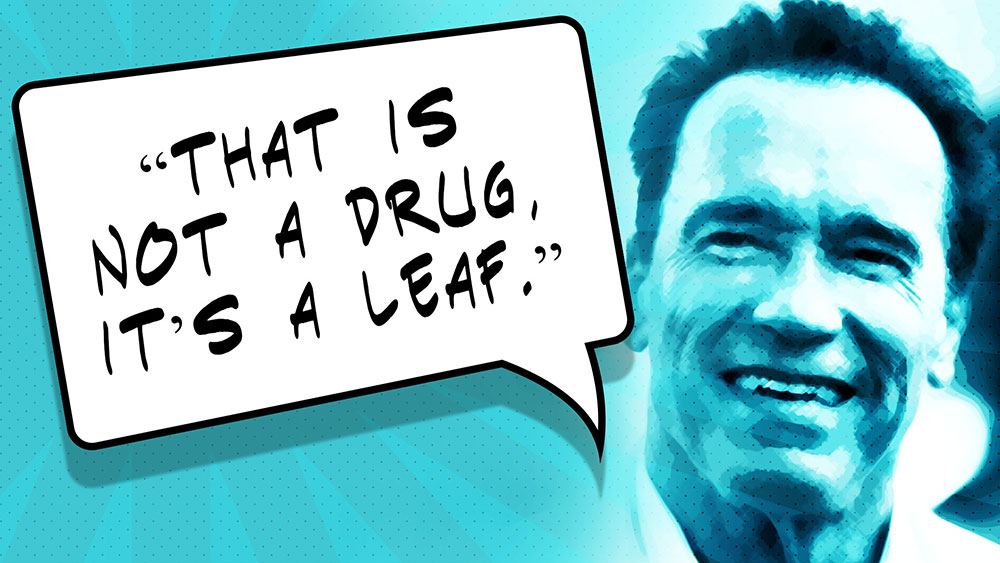 If you ain’t got a good job and you ain’t smoking weed, then I don’t know what the fuck you are doin’ wit your life.

Why is marijuana against the law? It grows naturally upon our planet. Doesn’t the idea of making nature against the law seem to you a bit . . . unnatural?

I think pot should be legal. I don’t smoke it, but I like the smell of it.

I think that marijuana should not only be legal, I think it should be a cottage industry. It would be wonderful for the state of Maine. There’s some pretty good homegrown dope. I’m sure it would be even better if you could grow it with fertilizers and have greenhouses.

I have always loved marijuana. It has been a source of joy and comfort to me for many years. And I still think of it as a basic staple of life, along with beer and ice and grapefruits – and millions of Americans agree with me.

Marijuana is a useful catalyst for specific optical and aural aesthetic perceptions. I apprehended the structure of certain pieces of jazz and classical music in a new manner under the influence of marijuana, and these apprehensions have remained valid in years of normal consciousness.

I’d always done a lot of sniffing glue as a kid. I was very interested in glue, and then I went to lager and speed, and I drifted into heroin because as a kid growing up everybody told me, ‘don’t smoke marijuana, it will kill you.’

Is marijuana addictive? Yes, in the sense that most of the really pleasant things in life are worth endlessly repeating.

It’s not just the over $8 billion that we would be saving in law enforcement; it’s also the over $8 billion that we would be making by taxing marijuana… We are filling our jails with nonviolent drug offenders — predominantly young, predominantly African American… It’s a great beyond left and right issue. It has support across the political spectrum and also the support of the majority of the American people.

Arianna Huffington – Founder and Editor-in-Chief of The Huffington Post

(Answering: Should we legalize marijuana?) Yes. And release prisoners who are incarcerated for pot. 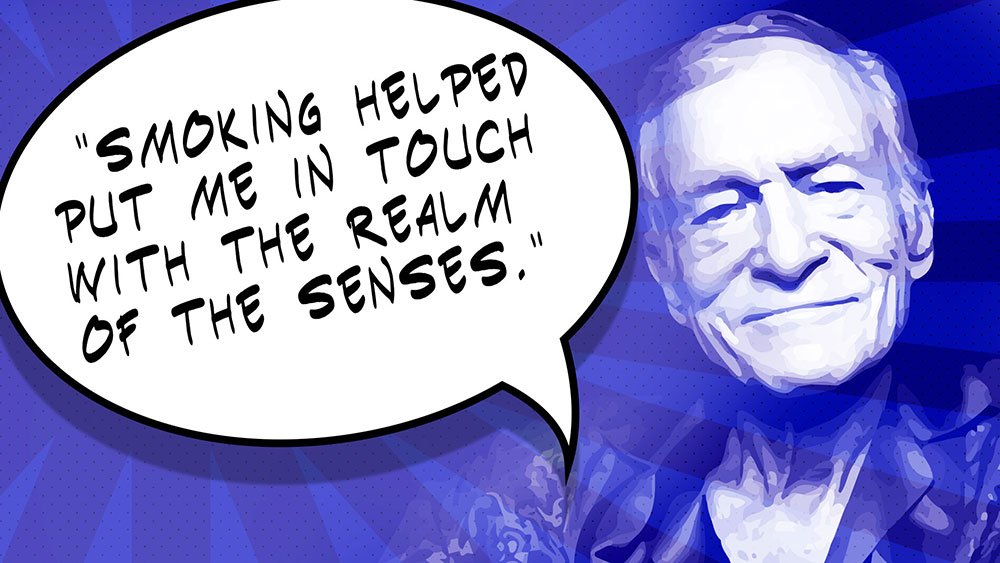 Who most benefits from keeping marijuana illegal? The greatest beneficiaries are the major criminal organizations in Mexico and elsewhere that earn billions of dollars annually from this illicit trade – and who would rapidly lose their competitive advantage if marijuana were a legal commodity.

Smoking helped put me in touch with the realm of the senses.

I tried marijuana once. I did not inhale.

When I was a kid I inhaled frequently. That was the point.

Of course I know how to roll a joint.

Some of my finest hours have been spent on my back veranda, smoking hemp and observing as far as my eye can see.

If somebody’s gonna smoke a joint… And not do anybody else any harm… Then perhaps there are other things that our cops should be looking at.

The illegality of cannabis is outrageous, an impediment to full utilization of a drug which helps to produce serenity and insight, sensitivity and fellowship so desperately needed in this increasingly mad and dangerous world.

I hope you enjoyed our selection of cannabis quotes, and make sure to let us know which ones are your favorite.

Also, if you feel we’ve left somebody out, feel free to write to us in the comment section.

Dr. William Osler: ( regarded as father of modern med.) ( please look him up) Cannabis Indica is probably the most effective remedy for migraines, available. ( I have heard that it's more effective if you catch the migraine early.) Steven Harper: Marijuana is a thousand times worse than tobacco.

Hey Brain, I couldn't agree more. Since we made Greencamp and became more knowledgeable of its physiological and psychological effects, my viewpoint on cannabis has shifted quite dramatically. It can be used for an extremely wide range of conditions and diseases, and when I read how it got outlawed in the first place, I became certain that cannabis is truly the most medically beneficial plant on Earth. There will always a government official, or some other high-ranking figure trying to disprove its healing qualities for profit related reasons, but it's up to us to base our opinion on facts and medical research, and not some propaganda bollocks.

Thanks for sharing and see me on the mar!! hahaha

Thanks for posting these quotes. I find it interesting that there are presidents and governors making these quotes and yet there are still places in the un-United states where you can be incarcerated for doing something that is helpful to your well being.