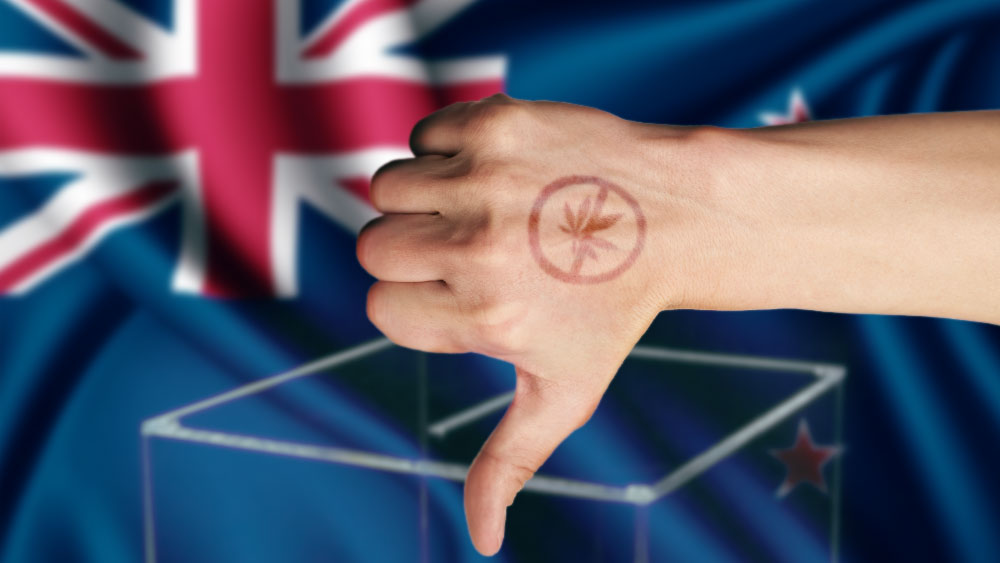 According to the results released so far of the cannabis legalization referendum in New Zealand, the country’s voters have rejected the proposal to join Canada and Uruguay in allowing recreational weed.

New Zealand’s Electoral Commission announced on Friday that 53.1% of the electorate (or 1,281,818 people) has voted against marijuana legalization, while 46% (or 1,114,485 voters) voted in favor of the measure. The final results are to be published on Friday, November 6.

Until then, an estimated 480,000 special votes need to be tallied, which account for overseas voters, voters in prison and students currently away from their registered places of voting. However, New Zealand’s Justice Minister Andrew Little claims that the 17% of remaining votes are unlikely to impact the final verdict on legalization.

“The specials would have to break 70 percent ‘yes’ in order to overturn that result today, so I think we can be pretty sure that the electorate does not support legalization of recreational cannabis,” according to Little.

On the other hand, New Zealanders overwhelmingly voted in support of legalizing euthanasia during the same referendum as just over 62% of people voted in favor. The results mean New Zealand will become the seventh country in the world where euthanasia is allowed.

The Cannabis Legalisation and Control Bill, rejected by voters, would have allowed people aged 20 and older to possess, use and buy marijuana for recreational purposes from licensed outlets. The bill would have also legalized the limited home-growing of cannabis plants and included a ban on the marketing and advertising of cannabis products.

In the run-up to the cannabis referendum, New Zealand’s Prime Minister Jacinda Ardern, who was re-elected to head the government for a second term earlier this month, refused to make public her stance on marijuana legalization. However, following the plebiscite, Ardern stated that she voted in favor of both legal cannabis and euthanasia.

Recreational cannabis use is legal or decriminalized in Uruguay, Canada, South Africa, and Georgia. Furthermore, 11 U.S. states have legalized adult-use sales. South Dakota, New Jersey, and Montana all appear to be next in line to legalize weed this November 3, according to recent polls.

I understand why the New Zealand readership voted against legalizing cannabis. This country has a high seizure rate and most of the population lives in poor conditions. It means that citizens are not disciplined, that they are prone to overdose. I am sure that in their country and so many people use not only cannabis, marijuana, but also heavier, psychotropic drugs. And legalization will only aggravate the situation. From this perspective, I understand why the readership is against the legalization of cannabis.

Cannabis can be beneficial for people who suffer with seizures. It has also proven beneficial in aiding people who have a drug addiction, especially opioids. The reasons you have stated why you believe they are against recreational cannabis, are the exact reasons why it would be beneficial to have it legalized.