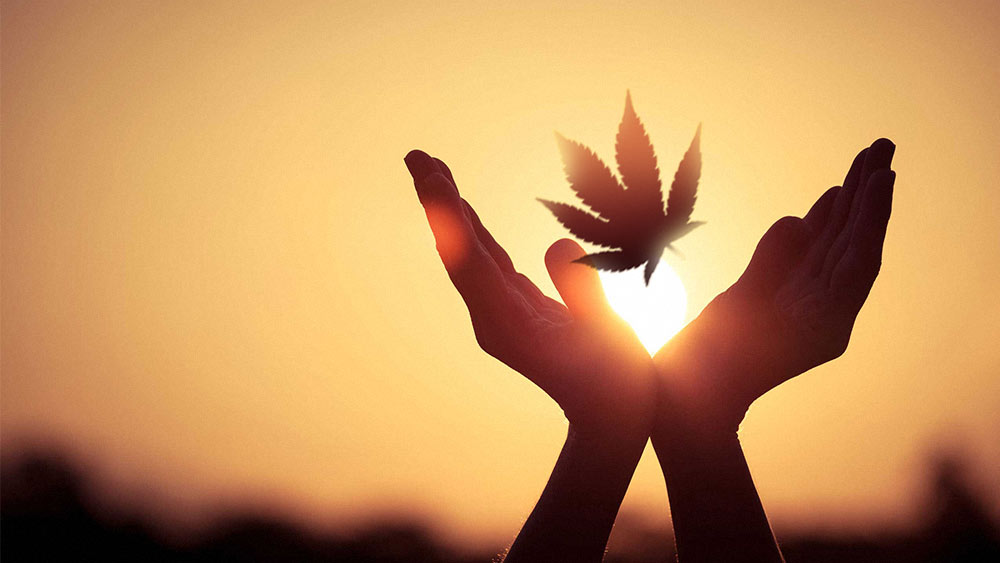 Looking back at a time vaguely documented on paper, papyrus or parchment, and further back before recorded history, we see that Man has always sought knowledge.

At first, knowledge was merely practical, a means to survive. However, as our means grew, our attention turned to less pressing concerns – making sense of oneself and the universe, perhaps?

When it comes to the link between cannabis and spirituality, there’s no doubt that practical matters were woven into this natural combination.

The plant was cultivated in Ancient China and India for its sturdy fibers. Once it had reached Europe, both Greece and Rome at the height of their civilizations found hemp invaluable for making clothes and rope.

Its medicinal use was also widely appreciated. It was used by the ancients for alleviating symptoms of malaria, for indigestion, for reducing muscle spasms nausea, for easing the pain of childbirth, and so on. 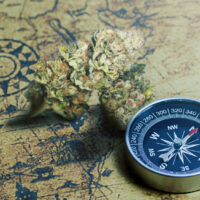 The History of Medical Marijuana

Of course, these are only the obvious positive effects it produces physically. Given that the plant was so useful and practical in everyday life, it was only a matter of time when people would start asking questions about its more secretive traits.

And aren’t all great discoveries arrived at by wondering what’s beyond the obvious?

So, a less-obvious, guided search developed parallel to this — cannabis search through religion.

Questing in spirit, we’ve found weed can also help with stress, anxiety and fear. In a way, it freed us from mental ills as well as physical ones. It opened gates through which we might — as many cannabis users testify — see beyond what’s ordinary, beyond the physical.

Simply put, it had boosted our creativity, our propensity to imagine our place in the world.

It slided out our Ego, encouraged a sense of community and well-being. And so, even when restricted or villainized, it facilitates the search for inner freedom — a release from action and suffering — in a manner of speaking.

Humans have realized all this in different ways, and here we’ll show you some key moments in this quest for spirituality and the place cannabis has in it.

Ritual usage — From high to heaven

Have you ever heard of soma? In Aldous Huxley’s book Brave New World it’s a drug similar to ecstasy which forces you into a state of uncompromised bliss. Yet the bliss is fake, a chemical lie. It sounds like a terrifying scenario, doesn’t it?

Well, the premise is okay — attainment of happiness — but the results are horrifying, because we want the higher realm to be authentic, not fake, don’t we?

The purpose of any ritual isn’t to experience the effects of psychoactive agents (weed or other), but to reach a state that transcends even happiness. Call it ‘enlightenment’.

In Ancient India, soma was a sacred drink (in fact, they even had a god of medicine with this name). It was a mixture of honey, some type of mushroom, and herbs, which most likely included cannabis.

Its importance is undeniable since it is present in this most holy of drinks of the Ancient Hindus. The Vedas mention it as a ‘joy-giver’, and it is consumed during important ceremonies (weddings, for example). It is also important in some festivals of the god Shiva.

Its most interesting role is in tantric rituals. It goes somewhat like this: you get high not to numb yourself, but to attain higher awareness.

Coordinating the intake of cannabis with certain phases of the ritual, the largest dose is taken (usually eaten) at the climax of the ceremony. It is sort of like a simulation, both physical and mental, of an ascent towards something higher.

The end-goal can be described as a planned spiritual ecstasy. Does it sound a bit restrictive, being planned to such a degree? Maybe. But it’s up to the individual involved what they’ll do with the experience.

The role of cannabis in bridging two worlds

Inhabiting the Euro-Asian steppes and migrating westwards to Europe, Scythian tribes are also known to have held this herb in high esteem. By some accounts, they used it in ceremonies for communing with the dead, as it ‘helped them see ghosts’.

An old-fashioned metaphor, wouldn’t you say?

But it proves a point: it helped them, or they believed it did, to go beyond their current circumstances and place in the historical framework. It implied a kind of holistic unity with the past  — with their ancestors. Spirituality implied a bridging of two worlds.

Here is an interesting illustration of this from the Herb Museum website:

Cannabis was not only used by the Scythians for relaxation and ceremonies for the dead. These ancient nomads had a class of shaman-magicians called the Enaries. These were ancient transvestites who uttered prophecies in high pitched voices. […] The Scythians believed that these people, who had characteristics of both sexes, were somehow also living in both worlds, and could travel between the two.

Not only did cannabis help them transcend worlds, it also permitted going beyond the boundaries of sex. It proves a point regarding the liberatory effect of these rituals.

These records validate the use of cannabis as a relaxing agent, but also as a potent mediator and even a focusing agent. After all, isn’t it increasingly used today to treat symptoms of ADHD?

Though we’re geared more towards the practical use and benefits of cannabis today, its ritual importance shouldn’t be undervalued.

Modern spirituality – life, liberty, and the pursuit of happiness

Amid busy hustle and bustle, an occasional buzz can certainly alleviate everyday stress. It still serves this purpose to a large degree.

But what has globalised cannabis culture brought us and what has it, perhaps, taken away from spirituality? Can it give us something deeper today, other than certain wellness, or being stoned?

Long gone are the days of the 19th (and even 20th) century bohemian artists who would consume cannabis, i.e. hashish (usually as an edible), and drift off, in spirit, into other worlds.

These hashish-eaters were spiritual in their own particular way, spiritualising Art and, like so many people before them, searching for things that are beyond the realm of the known.

Furthermore, they were transgressing the accepted norms of their society. Through this transgression they found freedom that comes with search and experimentation.

In the words of the great 20th century writer (and spiritual guru to some), Terrence McKenna, “If the words ‘life, liberty, and the pursuit of happiness’ don’t include the right to experiment with your own consciousness, then the Declaration of Independence isn’t worth the hemp it was written on.”

It is a relief that cannabis is finally breaking free from tabooization. It is also making some foray into the philosophical discourse. However, uprooted from any and all religious systems, cannabis usage has to be oriented more towards hedonistic experiences and fun in an urban environment.

And when spiritual matters do arise, among urban youth especially, they tend to be increasingly individualized.

Intuition has, whether for good or bad, replaced instruction and study. That might be the biggest problem with contemporary youth who claim to be spiritual — too much reliance on instinct.

And instinct can also be a part of the spiritual experience (while high), but relying too much on it can also render it somewhat shallow and vague.

All this aside, cannabis can still be a conduit to an increase in awareness amongst contemporary users.

It can, if only on an individual level, help change our consciousness of things surrounding us and of those we intimately feel. Still, it isn’t as far-reaching as mass uprisings bringing about mass change, or the spread of some established religion.

Nonetheless, it can still facilitate major change in one’s spiritual development and mark it in a wonderful way. And this individual change can lead to the spiritual growth of a new, informal, natural religion which has already taken root in our busy urban societies.

As a child in the 1970’s I remember a redhaired lady who lived a few doors away from my parents and who was living with her disabled elderly aunt. This lady was quietly discussing with my mother the fact that her aunt had a friend who grew marijuana in her herbal garden. Her aunt had been advised to boil the plant leaves and drink the juice to help alleviate the discomfort that she was feeling. I remember my mother relaying the story to her friend who said that she sometimes drank the juice of the marijuana when she had bad migraine headaches. So from an early age I connected boiled marijuana leaves as a remedy for painful ailments. As I grew older I noticed that people were smoking it openly on the street as they went about their daily business. I remember the look of disapproval on my mother’s face whenever someone walked by who was smoking marijuana. For some reason drinking the juice from the marijuana plant was more acceptable than smoking it. Nowadays it is possible to get cannabis candles, incense and oil. I am a Spiritual Counsellor, Aura Communicator and Healer. I use the lowest strength CBD Oil when I perform a specific healing treatment. I first used the CBD Oil on myself and noticed the results before I opened the treatment up to clients. Whenever I use the CBD Oil I prepare the space that I perform the treatment in, so that no unwanted spiritual energy enters the space during the therapy. CBD Oil is commercially available and entrepreneurs in the catering sector are now using it in coffee bars and restaurants. I am finding that people in business are using marijuana in a much more stronger form in order to get high and receive spiritual solutions to business quandaries. This behaviour is stemming from the fact that several successful business people had stated that they had used a hallucinogen, which enabled them to begin seeing, feeling and communicating with ideas that connected with them in relation to starting a new business or finding a solution to a business concern. This is the short cut route that some entrepreneurs are tending to take to achieve success at a faster rate. It does not always go to plan and people then find that they enter mental health issues and need the assistance of therapists. Some people find marijuana too weak and opt for Ayahuasca. Again, that poses concern and mental health issues. For some people when they use Ayahuasca it opens up a portal of unwanted spiritual energy. So not only are they seeking help for mental health issues but they are also seeking help from mediums and other spiritual practitioners who deal with getting rid of unwanted spiritual presence.