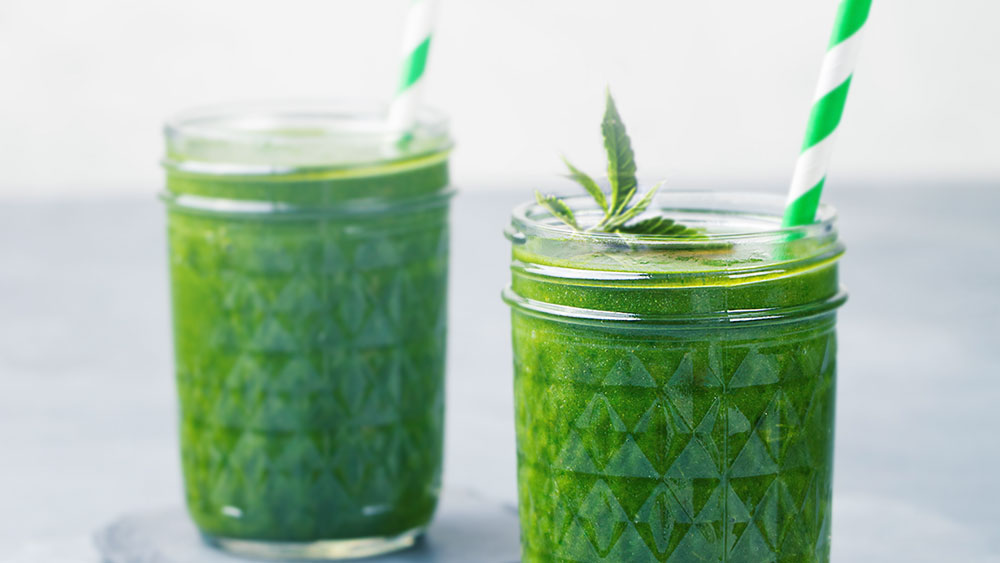 Bhang, or holy bhang for many, is an ancient Hindu concoction that possesses powerful curative and psychoactive attributes. Let’s explore its seductive traits.

Bhang is a cannabis-infused beverage native to northern India, where it is predominantly consumed for religious and healing purposes.

Because bhang has been an intrinsic cultural element for millennia in these regions, the consumption of bhang is a tradition that has endured the test of time.

Hinduistic legends say that the deity Shiva consumed bhang to concentrate and intensify his powers and that he descended to Earth in order to give humanity the gift of bhang.

Bhang consumption is regarded as a direct way to pay respects to Shiva.

While this may be your first introduction to Bhang and cannabis as it relates to India, both have been noted and referenced throughout history.

In the ancient Vedic texts (primarily in Atharvaveda), for example, cannabis is mentioned as one of the most important and sacred plants.

The first westerner that referenced the use of bhang was a Portugese physician Garcia de Orta, in his 16th-century work Colóquios dos simples e drogas da India.

During the British rule of India, a massive study was commissioned – the Indian Hemp Drugs Commission Report of 1894 – which had an end-goal to determine whether cannabis should be banned or not.

Over a thousand standardized tests were performed in 30 cities, analyzing the physical, mental and moral effects of cannabis.

Researchers came to the conclusion that moderate use of cannabis shouldn’t be considered a health or social hazard, and that bhang itself is so widespread and culturally interwoven with the local traditions, that restricting its use would cause only strife and upheaval.

Fast forward to modern times, the use of bhang is still permitted in northern India due to loopholes in India’s federal drug laws, and bhang products are sold by authorized vendors called “Bhang Shops.”

Today, the biggest consumption of bhang occurs during sacred holidays, including the festival of colors Holi (Indian New Year), and Maha Shivratri, which is dedicated to Shiva.

Because bhang plays such an integral and long-lasting cultural/medicinal role for the people living in these regions, the list of benefits attributed to this beverage is very extensive.

According to Ayurvedic medicine and other ancient traditions, bhang is beneficial for:

As we’ve already covered in our articles, contemporary scientific research corroborates (with factual evidence) what the people in these regions have known for a long time – that many of the symptoms of these conditions can be treated with cannabis, which means they can also be treated with bhang.

Because of the balancing nature of the endocannabinoid system, it’s very likely that there are many other health benefits of cannabis that we haven’t figured out yet, and the age-old Hindu practices can definitely provide us with precious insight.

Bhang is also used as an aphrodisiac, and is recommended for newlyweds to ignite their passion.

Can bhang get you high?

In all bhang varieties, cannabis goes through the process of decarboxylation, which implies that heat converts the non-psychoactive, raw THCA (tetrahydrocannabinolic acid) into regular, psychoactive THC, and this essentially means that bhang can definitely get you high.

Tetrahydrocannabinolic acid (THCA) cannot bind to the receptors in our brain which are responsible for the psychoactivity.

Once THCA loses a carbon atom from the exposure to heat and becomes THC, the THC molecules are then able to attach to the endocannabinoid receptors, which causes the high.

Just like all edibles, such as THC gummies and RSO, bhang is consumed orally.

This is why all edibles, bhang included, have such a powerful kick, and why they have a longer effect on you than when you’re smoking and vaping.

It’s very important to keep this in mind if you’re planning to consume bhang, because doing too much may result in a very long, unpleasant experience.

There are several different types of bhang, and we’re going to cover all of them.

The traditional way is to use a mortar and pestle to create bhang powder, and then add the finely ground cannabis into the mix with the other ingredients.

The conventional way to achieve decarboxylation when making bhang is by cooking the mixture on a stove (I’ll explain how soon), but you can also decarb your buds separately in the oven, and add them to the mix later on.

If you’re using an oven to decarb your buds, here are a couple of rules you need to follow:

Decarbed cannabis will change its color from green to light brown and become very dry and crumbly. Once you’re finished, let it cool off.

In order to make bhang, you need to infuse your cannabis powder with either milk, or yogurt.

Whether you’re using milk or yogurt, though, they both have to be full-fat.

THC and other cannabinoids will separate from the plant material from the exposure to heat, and fat is there so they can bind to it.

Using low-fat milk or yogurt will result in a less potent mixture, and you’ll just waste a lot of cannabinoids.

Dosing greatly depends on your tolerance. Keep in mind that 11-Hydroxy-THC has a much more powerful and long-lasting kick than regular “smoked” THC.

Usually, 2 ~ 4 grams of cannabis per one liter of milk is enough, but if you smoke a ton of weed every day, feel free to infuse even more.

Here’s how to infuse and decarb:

Once you’re finished, strain the milk with a cheesecloth to remove the remaining plant material, pour it into an air-tight container, and let it cool off.

Keep the mixture in the fridge, and pay attention to the expiration date of the milk.

FYI: You can also combine the regular “oven” decarboxylation with the stove infusion technique, but if you plan to use both, after you’re done with the oven decarbing you need to:

Bhang lassi is the most popular variation of bhang, and it’s basically canna-infused milk combined with seeds, spices, and sometimes fruits.

I would suggest that you pick some of the aforementioned ingredients (it’s probably best not to use all of them), mash everything together with a blender, and serve your bhang lassi cold.

Bhang thandai is very similar to bhang lassi, the only difference is a slight variation in ingredients.

You don’t have to use all of the ingredients, but feel free to experiment with the quantities of seeds and spices.

In northern India, they usually leave the almonds, watermelon, anise, and fennel seeds in water overnight, and make a smooth paste once they’ve softened.

Since it’s the 21st century, you don’t have to go through all that, as it’s much easier to just fuse everything together in a blender.

Just like with bhang lassi, serve your bhang thandai cold as ice.

How to make Bhang Goli

Goli is a solid variation of bhang, usually served in the shape of little balls.

Bhang goli can either be sweet or peppery, depending on the requirements. The ingredients include some exotic stuff like dates (an edible sweet fruit from date palms), triphala, dry munakka (a fruit similar to raisins), and jaggery.

I experienced difficulties while trying to find a proper recipe for bhang goli, but considering its avant-garde components, it’s probably best to just make bhang lassi and bhang thandai, and leave goli to the professionals.

What is bhang tea?

Bhang drinks are sometimes referred to as bhang tea, even though they’re not technically tea.

A far better way to call liquid forms of bhang would be bhang milkshakes, but if you hear someone saying “bhang tea,” know that they’re talking about bhang lassi or bhang thandai.

Can bhang be smoked?

Since the cannabinoids in bhang are already decarboxylated, smoking it would be complete overkill, like lighting a hash brownie on fire and breathing in the fumes.

Besides the utter needlessness, smoking bhang would be downright impossible. The majority of bhang variations are in liquid form, so consuming them orally would be the ideal method.

All in all, bhang is a wonderful way to ingest cannabis, and I personally consider the traditions, practices, and religions of ancient India (including meditation, yoga, and Buddhism/Hinduism) extremely fascinating and beneficial.

I don’t find it surprising that on their steady path of enlightenment, these people understood and utilized the many health-promoting attributes of cannabis, which is something that our civilization is just starting to uncover.

But as the saying goes, better late than never. 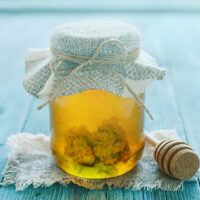 Weed Honey: How to Make This Immune-Boosting Edible and What to Avoid

These recipes sound tastier than my method but I have to wonder how much of the thca is actually decarbed in the traditional method of simmering in milk as compared to decarboxylation in an oven at 250degrees. Maybe a blending of the 2 methods. I personally decarb 3 grams and add it to a teaspoon of butter a splash of coffee and a smidge of lecithin nuke 15 seconds stir well add milk to cool and swallow the whole mess without straining it. Serious all day buzz....saves my old lungs a lot of work.

I agree Tokey, it's best not to risk it. I just wanted to present the traditional way of making bhang (and decarbing cannabis), but it's definitely better to use an oven and ensure that all THCA in the buds is "safely" converted to THC. 3 grams at once, kudos :)

Well bhang in north india is mostly made with marijuana leaves.

I also ran into your difficulty of finding a recipe for bhang goli so I made one based off research and candy making techniques. It is unlikely to be exact to any one recipe, but there seems to be great regional variation so I will call it bhang goli. I tested the recipe for the first time today and it works quite well. 1. Decarb 45 grams of sugar leaves pound finely in a mortar and pestle with a cayenne, ginger, black pepper, and cinnamon to taste. 2. Cook cannabis and spice mixture with 240ml of cream and 60 grams of ghee until liquid has been absorbed. Grind to a paste in a mortar and pestle and return to heat. 3. Combine 300 grams of sugar with 100ml of corn syrup and enough water to incorporate and without stirring cook to 126 c. 4. Pour cannabis mixture into hot sugar syrup and carefully combine. Without stirring cook to 113 c. 5. Immediately pour candy marble slab or other sturdy surface like a thick baking tray and allow to cool. 6. At this stage I reserved 3/4 of the mixture for future recipes and mixed the remaining 1/4 with an equal volume of toasted shredded coconut and used a dough scraper to fully incorporate the mixture and break down the coconut. 7. Roll into balls and allow to fully cool. I had found your website in the course of my research and thought I would add my recipe for anyone doing a similar search in the future.

Thank you Riel, we really appreciate it :)

The book "Cannabis Healing" by Franjo Grotenhermen M.D. contains excellent information on decarboxylation, particularly page 158. Based on what I learned I created the following recipe: Heat 1/4 cup coconut oil or coconut milk to 375 degrees F. Crumble cannabis into pea sized pieces, use enough to cover the palm of your hand. Add cannabis to heated oil, quick stir and cook for 5 minutes. Let it cool. Filter with a strainer and refrigerate.