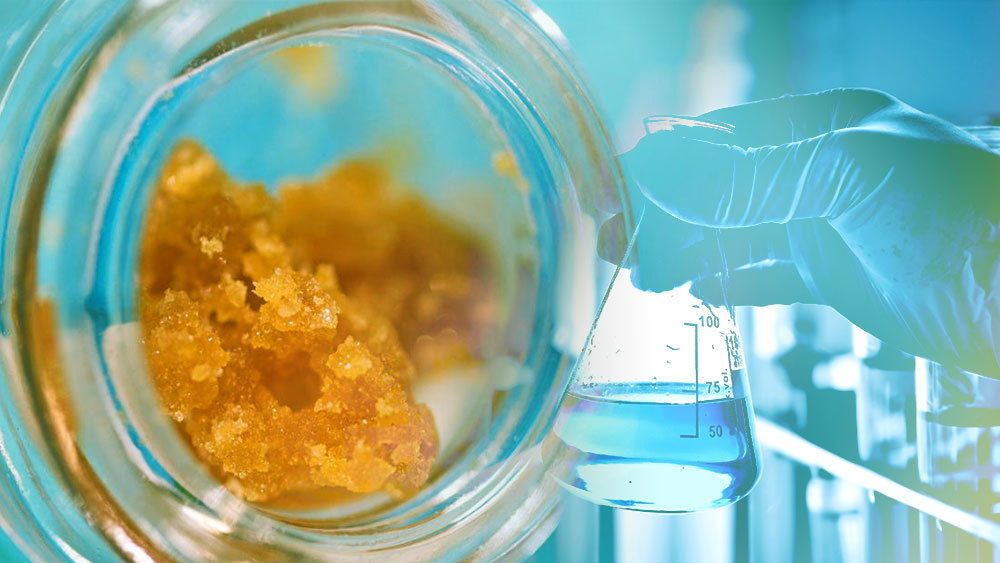 The interest for cannabis extracts has been growing in the past few years as cannabis is getting more and more legal support around the world.

Thanks to the advancement of technology, new types of extracts are being invented almost every year.

Before Canada and certain states in America started legalizing marijuana there wasn’t such a big variety of cannabis extracts.

There was hash, and even though there were different ways to make hash, it’s still just hash.

Then, some time in the 20th-century, growers started to experiment with solvents and BHO was born.

BHO was a really big step forward for cannabis extraction technology as it opened the doors to many other extracts which are refined and further polished.

As that happened, engineers and scientists worked together to build more advanced extraction systems and in doing so they perfected the end product as well.

Modern-day machines that sell for upwards of $10,000 do most of the extraction process on their own, and you just end up collecting the product.

All you have to do is put raw materials in and depending on what machine you’re using, you’ll end up with terp sauce, distillate, and a variety of extracts that are offered on the shelves today.

Some of the most popular extracts in the last few years have been THC diamonds, terp sauce and CBD isolate.

The first two are full spectrum extract, while CBD isolate is not.

What are full spectrum extracts?

Cannabis oil can be extracted from either hemp or marijuana, depending on what you are trying to get. Most extracts you’ll see in dispensaries are made from marijuana plants, however, a number of CBD oils is made from the hemp plant.

Extraction starts by extracting all the valuable particles from the cannabis via a solvent. This is usually butane, propane or CO2. Backyard BHO scientists call this process blasting, because in homemade labs butane is released under pressure into a glass tube full of weed.

Once the resulting fluids are collected and the plant material is discarded, what you are left with is called crude oil.

According to the guy who coined the term, full spectrum extracts are extracts that contain the full range of potentially therapeutic biomolecules from the cannabis trichome, without the non-therapeutic molecules such as waxes and lipids.

A full spectrum oil will contain THC, CBD, CBG, CBC, CBN, and other terpenes and cannabinoids that are usually found in extracts made from the whole plant, not just CBD or THC.

They are separated via a chemical process, and the HTFSE are lighter and they float above the HCFSE, which makes it significantly easier when it comes down to collecting these extracts.

Full Spectrum CBD vs CBD Isolate: Which Should You Choose?

This sauce is mostly made from the accumulated terpenes and terpenoids which float up as they are significantly lighter than cannabinoids.

HTFSE are always very oily and runny, so you won’t be able to manipulate them very well. These extracts contain almost all of the terpenes remaining in, which give flavor to weed, so when consuming them you should definitely taste a variety of flavors.

But, that’s not all that terpenes do.

Aside from giving weed the smell and taste, terpenes also work in combination with other molecules in the cannabis plant which produce the various effects of cannabis.

Only the terp sauce that is made by simultaneously extracting HCFSE is truly a full spectrum extract. Otherwise, it’s called broad spectrum.

Many oil producers are nowadays passing off broad spectrum terp sauce mixed with cannabis distillate as a full spectrum oil, but that’s just not true. Beware of these tricks and always make sure to ask if you have doubts about the extracts you are looking into.

High Cannabinoid Full Spectrum Extracts are otherwise called THC diamonds because of how they look. The media would have you think they are completely colorless and transparent, but I’ve never seen a THC diamond in my life that didn’t at least have a yellowish hue.

These diamonds are made by extracting them from the crude oil, and we get them through the same process as HTFSE. The major difference here is that HCFSE contains all the cannabinoids—meaning THC, CBD, CBG and others.

This makes THC diamonds extremely potent, mostly at above 90%.

Both terp sauce and diamonds are usually consumed via a dab rig and they both give off a very powerful high which is not something newcomers should be really looking into.

How are full spectrum extracts made?

According to multiple sources, terp sauce and diamonds are nothing more than aged live resin. The process starts by extracting frozen or refrigerated cannabis via the classic BHO extraction method.

After winterizing the crude BHO, laboratories usually set aside the mix to age for a few weeks. This process is called nucleation, and during this time the heavier particles in the mix fall to the bottom of the dish, while the lighter terpene sauce floats up.

The heavier particles form crystals, and once they are separated, you get terp sauce and diamonds made of THC.

Essentially, terp sauce is cured, or aged, live resin. This process starts with a live plant. Rather than drying and curing the plant for weeks, it is either flash frozen or kept in refrigeration to preserve the most terpenes possible. After a typical BHO extraction process, the extract is set aside to age.

The terp sauce is ran through the extraction process one more time resulting in a product with up to 60% or more terpene content, while some THC diamonds were tested at 99% THC.

CBD isolate is another thing that recently grew in popularity, especially now that hemp is legal due to the passing of the Farm Bill. The Farm bill legalized growing and possession of industrial hemp which has significant amounts of CBD in it, and as little as 0.3% of THC.

This made researchers delve deeper into the medical effects of hemp, and what it can provide knowing that it’s a reliable source of CBD.

Isolate is a term given by chemists to substances that are made purely from one molecule—so if you manage to isolate all CBD molecules from the extract—you get CBD isolate.

CBD isolate can be made from both marijuana and hemp. However, CBD isolate can never be a full spectrum extract, so don’t be swayed into buying a more expensive product just because of the manufacturers’ marketing moves.

As its name implies, CBD isolate has only CBD and in most cases contains as much as 99% of CBD. There’s no THC in there, especially when it’s made from hemp. It is the purest form of CBD and contains no other molecule, not even terpenes and flavonoids.

This extract is completely odorless and tasteless, and completely void of any psychoactive effects.

However, due to a lack of other potentially therapeutic biomolecules, it is not as effective as full spectrum CBD oil.

Isolate can be used in a variety of ways as it is a powdery substance that can be mixed with drinks, food, and even into creams and tinctures.

Full spectrum extracts produce the so-called “Entourage Effect”, meaning that your recovery and treatment isn’t dependent on just one molecule, but a wide spectrum of them.

On the other hand, full spectrum extracts undergo far less processing and they have a strong natural smell and flavor.

There isn’t really saying which one is better for you, because it depends on what you’d like to achieve, and what the desired effects are.

Full spectrum oils are always slightly psychoactive as the chemicals found within are extracted from the same plants used for medical marijuana. On the other hand, CBD isolate is made almost exclusively from hemp, making it completely legal in all states and undetectable in common drug tests.

I am grateful for the depth and clarity of explaining the components of both hemp and marijuana, and the components of each ,the extraction processes, and the benefits of every different type of extraction available. Doctors should know this information so the y could have better understanding and help their patients more than what they do. I am a person with a disease called neurofibromatosis, I also have certain religious beliefs, if my neurosurgeon knew and understood the impacts of all of these things described he could better help me in dealing with the suffering that I go through every day because of the progression of this disease. I wouldn't have to take so much hydromorphone (opioid painkiller), baclofen (muscle relaxant), and oxcarbazepine ( anti seizure) medicine all paid for by Medicare etc.