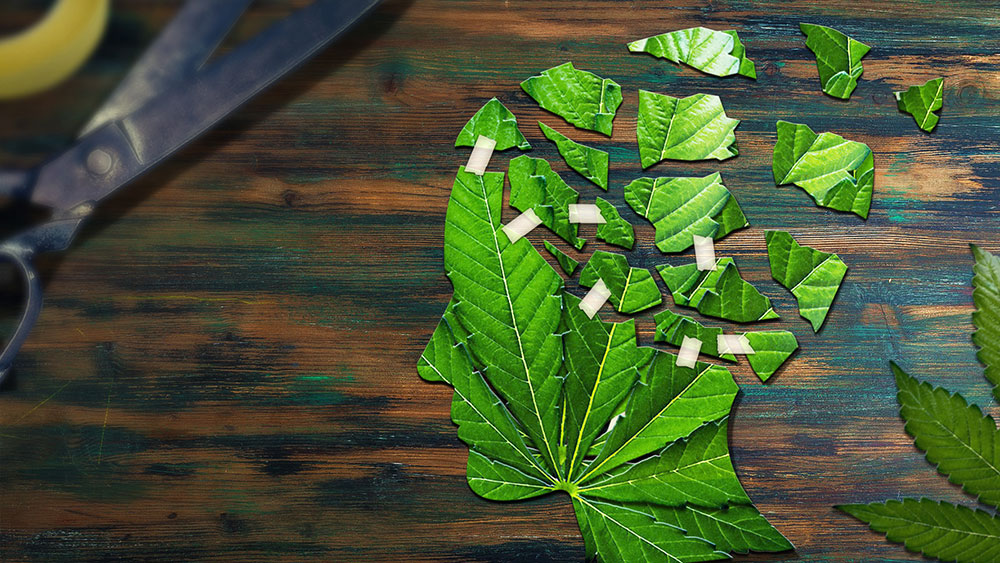 In this guide, we’re taking a closer look at how marijuana helps with Alzheimer’s disease and sharing with you two incredible real-life experiences.

There is still no cure for Alzheimer’s disease, but it looks like science is heading to a discovery of the century.

The cure for this degenerative disease could be no other than our favorite recreational drug marijuana and its main compound THC.

Although marijuana is still considered to be a controversial topic, some doctors are happy to embrace the new discoveries of marijuana’s medical properties, while others are still quite in doubt.

But, in my opinion, the time has come when we cannot ignore the facts anymore.

Because of the lack of treatment for Alzheimer’s disease, recent studies have been focusing on marijuana’s potential in treating the disease and its symptoms.

It looks like we are close to finding a revolutionary cure for Alzheimer’s.

What is Alzheimer’s Disease Exactly?

Alzheimer’s disease is a chronic disease characterized by the loss of structure, function, and death of neurons. It starts slowly and since there is no cure for the disease, it gets worse over time. It begins with difficulties remembering recent events and ends up eventually losing body functions.

Symptoms are very often mistaken with aging, especially at the beginning. However, over the time some of these symptoms will eventually develop:

The disease affects around 6% of people over 65, while women have a higher risk of developing Alzheimer’s, particularly at the age of 85 and older.

It’s still not clear how Alzheimer’s occurs. What we know by know is that it’s usually (in 70% of cases) a genetic disease and that neurological communication errors occur because beta-amyloid proteins create plaques and fibrillary tangles in the brain, making it age faster than usual and disrupt the communication.

Which cannabinoids are best for Alzheimer’s?

Scientists have been looking for Alzheimer’s solution for quite some time now and a number of studies on cannabis and Alzheimer’s disease have been conducted. But, there is always this stumbling block in the form of repressive laws.

However, things are beginning to change for good.

The research on marijuana’s effects on Alzheimer’s is still in its early stages, but even this early, scientists have come to magnificent conclusions.

When it comes to treating Alzheimer’s with cannabinoids from cannabis there have been just a few studies on mice, and even fewer on humans.

THC slows down the progress of Alzheimer’s tweet this

One of the major studies on marijuana’s potential effect on Alzheimer’s was published in 2014. The big team of researchers noticed that small doses of THC decrease the production of proteins (the main component of toxic senile plaques) in the brain which is believed to be the main cause of the disease. (1)

After a series of experiments, the researchers strongly concluded that THC could be a potential therapeutic option for Alzheimer’s Disease but it shouldn’t be taken for granted and used by anyone and by themselves.

Cannabinoids may relieve behavioral symptoms in Alzheimer’s patients tweet this

In another small study, which consisted of 60 late-stage Alzheimer’s patients, it has been significantly noted that synthetic THC (dronabinol) improved the behavior of the participants. There were a few minor side effects such as fatigue, but no patients were withdrawn from the trial. (2)

Despite these encouraging results, a review paper on this topic pointed out several problems with these clinical trials.

In addition to the very small sample size, many of the trials were not randomized and included only a short treatment period of between two and seven weeks. These complications make it difficult to draw conclusions from these results.

Neural stem cells are self-renewing cells that also generate the neurons. The death of neural cells is typical for central nervous system disorders and neurodegenerative diseases like Alzheimer’s.

One research from 2004 found some beneficial properties of CBD for reducing neurotoxicity in the brain which makes cells die faster. (3)

Other researchers continue to look deeper into this discovery later on in 2009. They found that both THC and CBD, especially in combination, have promising anti-neurotoxic properties. (4)

We can freely say that these discoveries are revolutionary, but further research is still needed to prove and develop marijuana-based medications for Alzheimer’s disease.

These are all interesting conclusions and evidence and it’s evident that cannabis has potential in treating the disease and stopping it from progressing.

However, these are mostly laboratory studies, so it is logical to expect some new clinical trials on real patients before we can know all the necessary things for sure.

From what is available on cannabis forums and YouTube, we can pull out the common conclusion that cannabis does have some positive effects on AD, especially on slowing down its progress.

There was this super-interesting Reddit post a couple of years ago on r/trees that dealt with this matter. One Redditor posted his experience of treating his mom’s Alzheimer’s with cannabis and, interestingly enough, concluded by stating that the disease hasn’t progressed at all in the last 6 months.

The supposed treatment his mom used was ¼ weed brownie, 3 times a week.

And this is not all. There are also tens or hundreds of videos of marijuana’s instant effect on Alzheimer’s. Most of them look brutally honest and without any hidden agenda, so I trust them.

One good example is a YouTube channel named “Alzheimer’s and THC Marijuana” which documents an elderly lady’s successful 3-year treatment with Dronabinol. You can check it out if you want but her son claims they found relief by taking three Dronabinol 10mg pills a day.