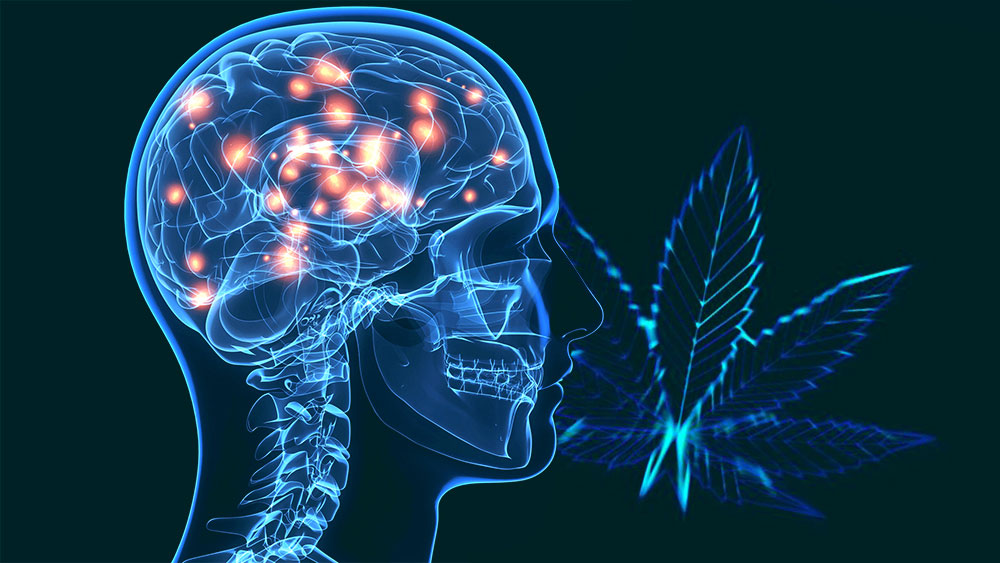 Between 7 and 10 million people around the world lives with this disease and every year about 6,600 Canadians are diagnosed with it.

PD is a degenerative disease and there’s still little known about its exact cause.

However, it seems that cannabinoids could be a new, helpful treatment for the disease.

Recent studies have found that:

Cannabis is useful in relieving Parkinson’s symptoms because cannabinoids modulate CB receptors (which improve motor and non-motor symptoms) and protect dopaminergic neurons (which provides neuroprotection and a dopamine boost). (1)

But that’s just the tip of the iceberg. Let’s try to get the whole picture.

What is Parkinson’s Disease?

Parkinson’s Disease (PD) is a degenerative disorder of the nervous system, which has motor and non-motor symptoms.

The disease starts with slightly shaky hands, and as the condition develops, patients have more and more difficulties controlling their movements. Their motor skills become slower, more rigid and they develop walking difficulties.

Other symptoms include emotional and sensory problems as well as sleep disorders. A number of patients will also develop depression and dementia.

Parkinson’s typically affects people over 60, but it can be diagnosed before the age of 50, which is known as young-onset Parkinson’s disease. Men are affected more than women.

Unfortunately, we still don’t know a great deal about Parkinson’s. What do we know so far is that the brains of PD patients don’t produce enough dopamine and that the death of the dopamine-producing brain cells is likely caused by abnormal clumps of proteins in the neurons.

Parkinson’s is dominantly genetic, as many as 15% of patients have a first-degree relative with the disease. (2)

However, research has also found that environmental factors may cause PD. Head injuries (such as concussions) have also been linked to developing the disease.

There is no definitive cure, but there are some therapies that can help reduce the symptoms and improve the overall quality of life for patients.

For severe cases, a deep brain stimulation surgery can be performed by placing microelectrodes to stimulate the brain and reduce the symptoms affecting a patient’s motor skills.

So, are there additional treatments? What about cannabis?

Back in 2004, 339 Parkinson’s patients who attended the Prague Movement Disorder Center took an anonymous questionnaire about the subjective improvement in their motor symptoms after taking cannabis.

In one small study conducted at the Tel Aviv University in Israel, 47 PD patients were observed. During a period of few months, participants used medical marijuana and 82% reported improvement in their symptoms like stiffness and tremor. (4)

They also noticed an improvement in non-motor symptoms such as pain, mood, and sleep.

Furthermore, in a similar study, patients noticed an improvement in symptoms just 30 minutes after taking cannabis. (5)

Indica vs sativa for Parkinson’s Disease?

Cannabis sativa is one of several subspecies of cannabis. Sativa strains are usually recommended for daytime use because of their energizing properties, but they also have strong cerebral effects.

On the other hand, Cannabis indica usually produces sedative effects which makes it favorite among people with sleeping problems.

But, when it comes to Parkinson’s Disease, the first recommendation would be to use indica strains, because of their relaxing and painkilling properties, and since indica is most likely to help with sleep.

Finding the right strain for your specific needs can be a challenge. We are all unique and certain strains can have different effects on people.

That’s why it’s super important to be patient and do some research before signing up to an LP or visiting a dispensary.

Here are a few strains to help you start your journey on finding the right one.

Named after the famous rock-star, Kobain Kush is a perfect Indica for PD patients since it’s well balanced and doesn’t induce sleepiness. Very effective in reducing pain and stress, its relaxing effect makes patients forget their worries while calming both body and mind. For PD patients the main benefit from this strain is that it’s great for muscle spasms and tremors.

Great for daytime use, this Indica strain does not produce the couch-lock effect or sedation. For Parkinson’s patients who wish to avoid intense psychoactive effects, Harmonia front-loads CBD behind a slightly decreased THC profile. This harmonious balance (hence the name) stands a good chance of blocking the protein production associated with nerve cell damage in PD.

Although its name sounds like hell, Trainwreck actually has stimulating and soothing effects on our whole system. This one is potent in the THC department but its calming effect helps get rid of tremors and improve the balance.

A few hits of Critical Cheese provides a very fast uplifting effect. This is one of the first strains to be recommended to PD patients because of its high CBD levels. 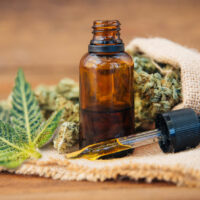 17 Truly High CBD Strains And Their Effects (The Complete List)

This potent, but one of the most relaxing Indica strains, is best known for its calming qualities. It relaxes, relieves pain and reduces stress. It increases the dopamine levels which is associated with PD.

Amnesia Haze is a Sativa strain usually recommended for daytime use since it provides a boost of energy. It also awakens creativity in us and helps find some relief from stress. Amnesia Haze is effective in combating depression, fatigue, and pain too.

From the experience of chronic pain patients, Hashberry does not seem to work on severe pain and is more effective in low to moderate pain. It has strong sedative effects so it’s best to use it in the afternoon and evening chill. It’s great for beating insomnia, too, as well as depression, anxiety, and everyday stress.

Preferred for daytime use since it has no couch-lock and numbing effects. Instead, the effect of Blue Diesel is slow, smooth and long-lasting. It contains high levels of CBD, too, which makes it welcome for Parkinson’s.

This Indica dominant hybrid is a very potent strain, best recommended for after-work use. Beginners report being very sleepy after using Lavender Haze, while more experienced consumers feel more energized. It’s been used for different medical conditions such as insomnia and depression, including PD, too. Just take it easy with this strain, as it can cause a slight paranoia… 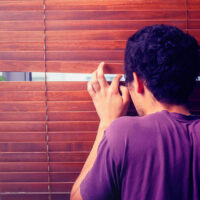 Very high in THC (up to 21%) and very low in CBD, which makes it perfect for conditions such as stress, anxiety, and pain. Since it has a strong sedative effect, it’s recommended for nighttime use, for deep relaxing feeling and peaceful sleep.

It’s really important to point out one thing — cannabis can’t cure Parkinson’s Disease but it can provide some much-needed relief from tremors and stiffness.

Furthermore, Parkinson’s patients tend to suffer from other symptoms which marijuana can treat. Sleeping disorders, chronic pain, and spasms can all be helped with just a few puffs.

Cannabis can be tricky to use and it has a different effect on every person. Before taking any pot for your symptoms, ask your marijuana doctor for advice and take some time to experiment and find the perfect strain.

This has been very helpful I'm going to try a couple of these strains to get started, thank you.

You're welcome Charles, let us now your experience with those strains

What strain of cannabis or cartridge did the person in the video use? That would maybe be the most important information left out. Name of the strain to try.

Which strain do you recommend? My muscles are beginning to be real stiff lately. Thank you..

After was running around from doctor to doctor before we finally get rid of her PD ,at age 74 my mother noticed that her handwriting was getting smaller and I was writing faster as well. She also noticed a small tremor in her left hand. The doctor went over her different symptoms and he suspected she either had a small stroke or the beginnings of Parkinson 's disease. After finding a neurologist and some testing she was diagnosed with the beginning stages of Parkinson’s disease. That was 3 years ago. She take Sinimet four times a day to control the symptoms, which include falling, imbalance, gait problems, swallowing difficulties, and slurring of speech,This year, our family doctor started her on totalcureherbsfoundation com PD Herbal mixture, 15 weeks into treatment she improved dramatically. At the end of the full treatment course, the disease is totally under control. No case of dementia, hallucination, weakness, muscle pain or tremors.PD or any other disease natural organic remedies are always work on acidity treatment, if we maintain diet plan and use total cure herbs foundation then we get fast relief from this problem.

What is the diet plan that is used with this treatment?