Skip to content
Home / Culture / Marijuana in the Bible: Were the Hebrew Texts Incorrectly Translated? 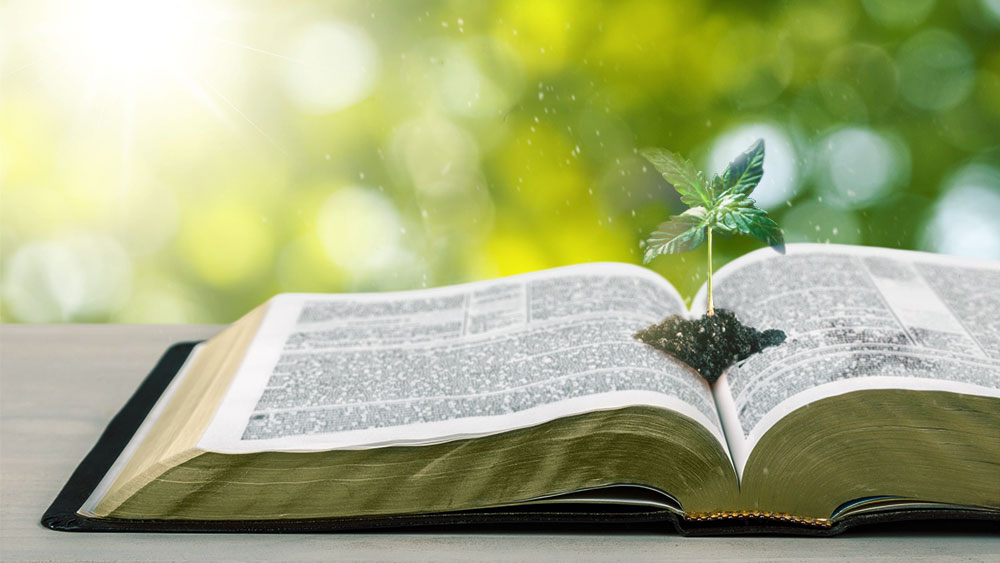 Before we begin, I just want to say that we’re not making any claims in this article, nor do we desire to offend anyone. So please, keep this in mind.

There are some indications that cannabis was used in the Bible, and this especially applies to the Old Testament.

Is marijuana discussed in the Bible?

The woman responsible for this theory is Sula Benet, a 20th century anthropologist whose work revolved around the study of Judaic and Polish customs and practices.

In 1936, she proposed that the first translations of the Old Testament from Hebrew to Greek referred to cannabis as a different plant, and because of that made an incorrect translation.

Benet found that many ancient cognate languages including Persian, Arabian, Sanskrit and Assyrian share the same root word “kan”, which can either mean cannabis, or reed (the grass-like plants of wetlands).

Cognate languages can be understood as “sister languages”, meaning they share a common ancestor (for instance English and Danish are cognate languages, both having a Germanic precursor).

The Hebrew words “kaneh”, “kaneh ha-tob” and “kaneh-bosem” (all of which appear in the Old Testament ), were first wrongfully translated by the Greeks in the third century B.C., in the oldest translation of the Hebrew Bible called Septuagint.

According to Benet, these words should have been translated to either cannabis or hemp, instead of “sweet calamus” and “sweet cane”.

All subsequent translations of the Bible relied on the Septuagint, and therefore the incorrect translation endured to this day.

How many times is marijuana mentioned in the Bible?

If we acknowledge the mistranslation theory proposed by Benet, we’ll find that cannabis is mentioned five times in the Bible, with three different words, all of which have the same root word (kan).

The usage of different words can be explained by the passage of time, because the Old Testament covers approximately one thousand years.

Where is marijuana in the Bible?

All of the potential mentions of marijuana are located in the Old Testament.

Which verse in the Bible talks about marijuana?

The first time cannabis makes an appearance in the Bible is when the prophet Moses receives a message from God, who gives him precise instructions on how to set up the Tabernacle (a portable place of worship), and also how to make a holy anointing oil, which presumably contained cannabis.

This oil was used to bless both the temple and the priests.

Here are the ancient measurements converted:

If these were in fact real cannabis flowers used for the preparation of this oil, then this mixture would be highly psychoactive, if we consider the amount of cannabis and the amount of olive oil used in the process.

These ceremonies would include pouring of the sacred oil on both the priests and the temple , which would undoubtedly create powerful mind-altering effects.

The second time cannabis is mentioned in the Old Testament occurs several centuries later, in a love poem, written for his wife by the famed King Solomon (under whom the Solomon’s Temple was erected).

Solomon’s father was King David, who slayed the giant Goliath in single combat.

This poem is considered as one of the most beautiful segments of the Bible, and what’s quite unusual about it is the sexuality of King Solomon’s words.

Your breasts are like two fawns, like twin fawns of a gazelle that browse among the lilies. Until the day breaks and the shadows flee, I will go to the mountain of myrrh and to the hill of incense. You are altogether beautiful, my darling; there is no flaw in you.

Your plants are an orchard of pomegranates with choice fruits, with henna and nard, nard and saffron, calamus (cannabis) and cinnamon, with every kind of incense tree, with myrrh and aloes and all the finest spices. You are a garden fountain, a well of flowing water streaming down from Lebanon.”

The third mention is from the book of Isaiah, who was also a prophet of the Lord, just like Moses.

Isaiah was trying to lift the spirits of his fellow Israelites, preaching that they lost their way, and became immoral and faithless.

In this particular passage God is angry at his people, because they failed to deliver him his offerings, and it seems that cannabis was one of them.

“You have not bought any fragrant calamus (cannabis) for me, or lavished on me the fat of your sacrifices. But you have burdened me with your sins and wearied me with your offenses.”

Jeremiah was known as the weeping prophet, who envisioned the upcoming destruction of Israel.

In the book of Jeremiah, cannabis is mentioned as a commodity that God no longer requires, marking a decisive change in the way Isrealites worship their deity.

In this passage, God is furious at his people, because of their sinful behaviour.

“What do I care about incense from Sheba or sweet calamus (cannabis) from a distant land? Your burnt offerings are not acceptable; your sacrifices do not please me.”

In 586, Jerusalem fell and the Isrealites were banished to Babylon.

This was a devastating event for the Jewish people, and the prophet Ezekiel spent the remainder of his life in exile.

In the last Biblical reference to cannabis, the plant is mentioned as one of the trade items that passed through Tyre (located in modern Lebanon), which was the thriving capital of the Semitic-speaking region, Canaan.

“Damascus did business with you because of your many products and great wealth of goods. They offered wine from Helbon, wool from Zahar and casks of wine from Izal in exchange for your wares: wrought iron, cassia and calamus (cannabis).”

This sums up all of the potential references to cannabis in the Bible.

As you had a chance to see, cannabis had several different purposes in those days, ranging from ceremonial and ritualistic use, to a trading commodity, and was even used as a metaphor to describe the beauty of Solomon’s wife.

Where in the Bible does it say marijuana is a sin?

There are no passages in the Bible that mention the use of cannabis as something sinful, but there are two important factors to consider, and they are pretty conflicted.

The holy scripture mentions several times that all plants on God’s green Earth were created for consumption.

“I will provide for them a land renowned for its crops, and they will no longer be victims of famine in the land or bear the scorn of the nations.”

“Down the middle of the great street of the city. On each side of the river stood the tree of life, bearing twelve crops of fruit, yielding its fruit every month. And the leaves of the tree are for the healing of the nations.”

Despite that, the Bible denounces all forms of intoxication and mind-alteration, so the psychoactivity caused by cannabis would probably be deemed as a sin.

This is evident in the following paragraphs:

Ephesians 5:18 – “Do not get drunk on wine, which leads to debauchery. Instead, be filled with the Spirit.”

Romans 13:13 – “Let us behave decently, as in the daytime, not in carousing and drunkenness, not in sexual immorality and debauchery, not in dissension and jealousy.”

Habakkuk 2:15 – “Woe to him who gives drink to his neighbors, pouring it from the wineskin till they are drunk, so that he can gaze on their naked bodies!”

Is medical marijuana in the Bible?

I found no evidence that would suggest cannabis was used for medicinal purposes in Biblical times.

The mentions described above show that it was used for ceremonial and ritualistic reasons, and served as a trading commodity.

Is smoking marijuana in the Bible?

In these five mentions, there is not a single suggestion that cannabis was consumed through the means of combustion.

The Biblical texts suggest that it was mainly used for the creation of oil, which is definitely a healthier way to get cannabinoids into your system.

Even though the topic of marijuana in the Bible is highly anecdotal and open for interpretation, it is not unrealistic to assume that cannabis was consumed in those times.

There is a ton of evidence which shows that cannabis was used in both ancient China and India, so why not in Southwestern Asia? If you’d like to know more about the use of cannabis through history, check out these articles:

14 thoughts on “Marijuana in the Bible: Were the Hebrew Texts Incorrectly Translated?”