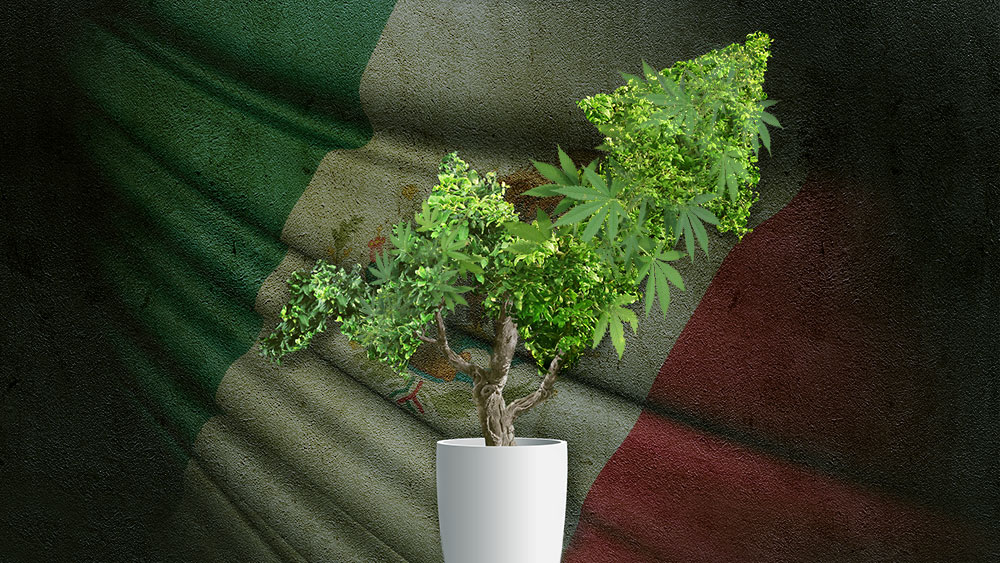 Mexico has been under the radar lately as the country recently made great progress towards legalizing cannabis.

If you were to step on just about any beach on the Pacific coast, north of Guatemala, you’d step onto the grounds where cannabis is legal, or at least will be very soon.

In those places, you are able to walk into a store and say: “I want to buy marijuana” and not get looked down on.

On the contrary, people will jump at the opportunity to sell you their products.

In Mexico, however, recreational cannabis is still not legal. However, in a way, it also isn’t illegal anymore.

Mexico’s Supreme Court issued two rulings on Wednesday that will overturn the ban on recreational use of marijuana.

The court ruled against the ban for the 5th time, which in Mexico sets a binding precedent nationally.

Its ruling party is now making preparations to introduce the legislation which will regulate the use and sales of recreational cannabis nationwide.

The president-elect and his party have submitted legislation to legalize the possession, public use, growth and sale of marijuana.

Mexico is still one of the largest illicit cannabis producers and places where cannabis is being trafficked through.

Most of the country’s illegal products end up in the US or the neighboring countries. This issue has been going on over the last 40-50 years.

The original marijuana traffickers paved the road for El Chapo and his peers to create one of the biggest channels through which meth, cocaine and similar drugs were imported into the US.

Nowadays, Mexican authorities are working on ending the corruption and pushing out the black market producers. Since late 2006, Mexico has used the armed forces to fight drug gangs.

That attempt to battle corruption and the narco cartels have resulted in 31,000 deaths so far this year.

The illegal industry is still rampant

Mexico’s illegal industry can definitely set some examples of how to sell weed, but that doesn’t mean that it should be done in such a manner.

In fact, everyone knows that “brick weed” imported from Mexico is of the lowest quality. But, you can get loads of it for very little money. It’s practically dirt cheap.

While I was in college in Iowa, you could get an ounce of Mexican brickweed for $80-150 USD. That was at the time when Colorado (which is 2 states away) legalized recreational marijuana.

At the same time, buying an ounce of very good (illegal) weed would cost you around $200-400 USD. That weed was most often bought in Colorado dispensaries and then sold on the black market.

So, how was Mexico’s weed 2-3 times cheaper if it was being shipped all the way from who knows where in Mexico?

The answer is really simple—Mexico knows how to keep the cost of production down.

Illegal cannabis from Mexico was never made to satisfy standards set by the regulations. It was not produced to satisfy the laboratory testing and fall within a certain spectrum of potency.

It was just being produced en masse. That worked for illegal producers and traffickers because their volume could compete with the quality of the so-called “kush”.

Many users, especially in and around my college, weren’t looking for cannabinoid percentages, phenotypes or terpene combinations.

They were looking for a simple way to get high on a party, and brickweed was the cheapest.

I’ve left college 5 years ago and I’ve asked people that are still there about the cannabis situation, and guess what—nothing changed.

Mexican brickweed is still omnipresent in Iowa and other places where cannabis is illegal.

So, is there going to be a way for the legal industry to push out the black market in Mexico?

Well, the real question here isn’t if the black market will be pushed out, because I honestly don’t think it will.

Canada, the United States, and Mexico have a long-standing free trade agreement that was up until recently called NAFTA, but now it’s called USMCA.

Seeing how Mexico has the absolute lowest cost of production when it comes to cannabis, and cost of labor, it is the perfect place for American and Canadian licensed producers to move their production centers south of the border.

Both America and Canada did that with their car industries and many other that are already legal. I don’t see why wouldn’t they do the same with the new “cash crop”.