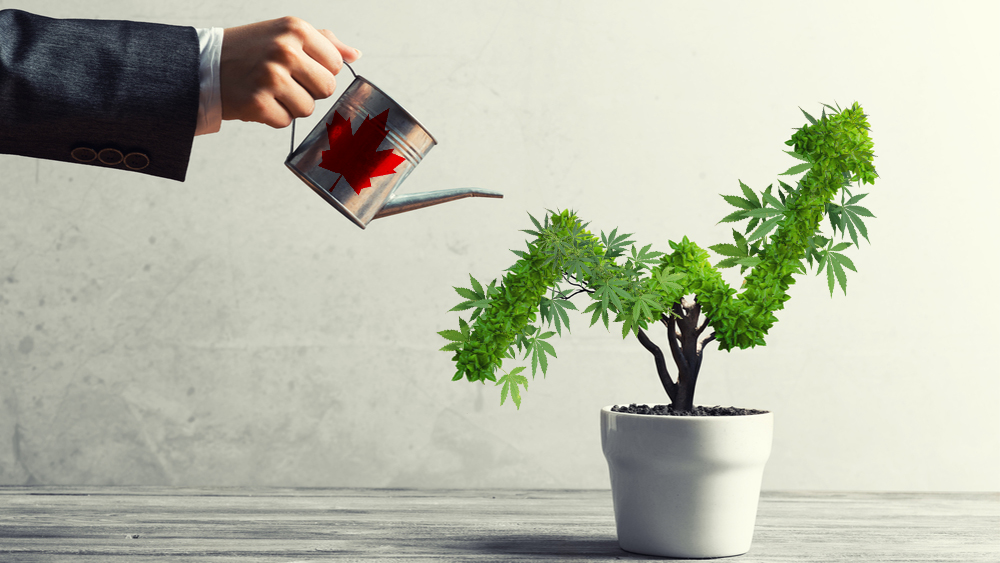 Medical cannabis has been legal in Canada since 2001, and the company that got the first-ever marijuana production license, Cannimed, recently got acquired by Aurora Cannabis. In the meantime, a bunch of other producers popped up and are now ready to sell. But which are the best?

This article will go in-depth into why you should definitely support the 3 big Canadian medical cannabis producers, but also why you should give a chance to some of the smaller companies with different styles and approaches to the whole industry.

So, from a user’s standpoint, what are the best cannabis producers in Canada?

Broken Coast Cannabis is by far the best producer of medical marijuana, as so far I haven’t seen one negative review of their products.

BCC has a great offer for $5 on standard shipping and free shipping on all purchases over $150.

The company currently operates a custom-designed cultivation facility which was built with growing quality cannabis in mind.

If you are looking to avoid big corporate weed, this is the place to go to, as this company is basically the complete opposite of Canopy Growth.

BCC has an online store that also has a very easy sign-up system which is hard to miss.

Their prices are a bit on the stronger side though, seeing how they are a small producer when compared to the likes of Aurora and Canopy.

Users favor BCC as they have “the best selection of products and the fastest delivery time”.

Having that said, they still get 4 out 5 stars for delivery speed and wide product selection—Broken Coast always delivers a consistently high-quality product.

Broken Coast Cannabis is owned by Aphria so their standard of cheap production combined with BCC’s growing skill make for a very good combo.

Aurora Cannabis is poised to reach greatness within the next few years and explode onto the international cannabis scene with the purchase of MedReleaf.

Since Aurora made deals all across the globe it can now finally start mass-producing quality cannabis.

MedReleaf has a rather large support and fan-base, which is due to the good product selection and product quality.

Users who have had the chance to talk to their customer care department say that the staff is down to earth and very patient-centric.

Last time I checked, MedReleaf had 5 high-CBD strains, which is more than just about any other licensed producer.

One thing dragging MedReleaf down is that they are a bit pricey, although you won’t regret paying a bit over the top for their products.

They have a wide range of products, from strains to crumble, oils and softgel capsules.

MedReleaf is one of the best medical marijuana producers in my opinion, which might be the reason it was sold for over $2.5 billion dollars.

I give MedReleaf 4.5/5 as I believe it’s a tight race between them and Broken Coast Cannabis, although MedReleaf has a bit better product selection.

Zenabis could quite easily top this list. They are an up-and-coming LP that is making a name for itself on multiple fronts.

Firstly, they have a great diversity of high-CBD, high-THC and balanced strains.

Their flowers are extremely sugary and most users have nothing but words of praise for the quality of their products.

Zenabis also offers compassionate pricing (20% off) and they give a pretty decent welcome package to all their new customers.

Users also report ordering their products around midnight and having their weed delivered next morning from across two provinces.

One thing that many users report is that Zenabis packs their cannabis in plastic boxes that hold only 5 grams.

Seeing how both a good product and quality service are a rarity in the LP business, Zenabis just might be that unicorn.

Another thing to bring you closer to Zenabis is the fact that they will be absorbing the excise tax.

That said, Zenabis comes in around the middle of the pack for pricing, with their lowest being $8.25 and highest being $9.50. They also offer a 15-gram, 3-strain combo pack which totals at $99 CAD.

Now, this company offers something a bit different.

VIVO (formerly known as ABcann) is not the everyday cannabis company that can provide you with the cheapest, fastest, and most quality service at the same time as they are still just relatively small time players in the industry.

This is in part due to their production process which is rather costly when compared to some other companies—especially Aphria which is focused on the biggest yields possible.

VIVO is known for its organic marijuana, which is exactly why you should give it a go. Their products aren’t just mass-produced weed, even though they make a lot of it.

If you decide to opt-into VIVO’s products you can expect a very high-quality product, which can take a bit longer to be delivered.

Customers are fond of their great customer service and they say that talking to anyone within their call center is a pleasure, however many have also mentioned a lack of product selection.

Their officials say that the company is working on lowering the costs of production in order to retain their users, as well as on improving their product selection.

If they succeed in both of those things, VIVO would be deserving of a clean 5-star rating, but until then they’ll have to be satisfied with a 4/5.

Canna Farms is owned by VIVO, but I decided to give them a spot of their own, well not a spot, maybe a half spot.

Canna Farms was a family-owned medical marijuana producer working out of BC, and they were also the first licensed producer out of BC as well.

They source all of their supplies and raw materials from local businesses, which is another reason why you should try them out. By doing so you will directly help the community and local businesses.

Many users say that Canna Farms is on the cheaper side of the spectrum and that their customer support is really good. Shipping times are also good, according to many users.

Simply put, Canna Farms offers great tasting medical marijuana that is safe to use and that’s cheaper than many competitors.

Vivo made the purchase over the summer in 2018 for an astonishing $133 million CAD.

Tantalus Labs is one of the premium-cannabis growers in British Columbia.

They have only 6 strains, two CBD-potent, two balanced, and two THC-rich strains. This is due to their small output as they have only around 150-200 plants per harvest.

However, Tantalus Labs is quickly building a reputation for having some of the best flowers on the market.

This company is truly a gem in the West, as they have a small, self-sustainable greenhouse operation which produces their sungrown cannabis.

They currently only have a license to sell cannabis flower, so no oils, concentrates and such, but I’m telling you—their flower is all you’ll need.

Tantalus places a high priority on the medical market, so you’ll never find yourself without their weed, while recreational users hoard it.

Aside from that, they also have a great staff and are trying hard to always deliver on time.

They also offer a virtual tour of their production facility which you can see here.

What are your favorite medical cannabis producers?

What are your favorite strains and oils from those producers, and why exactly are you so impressed with them?