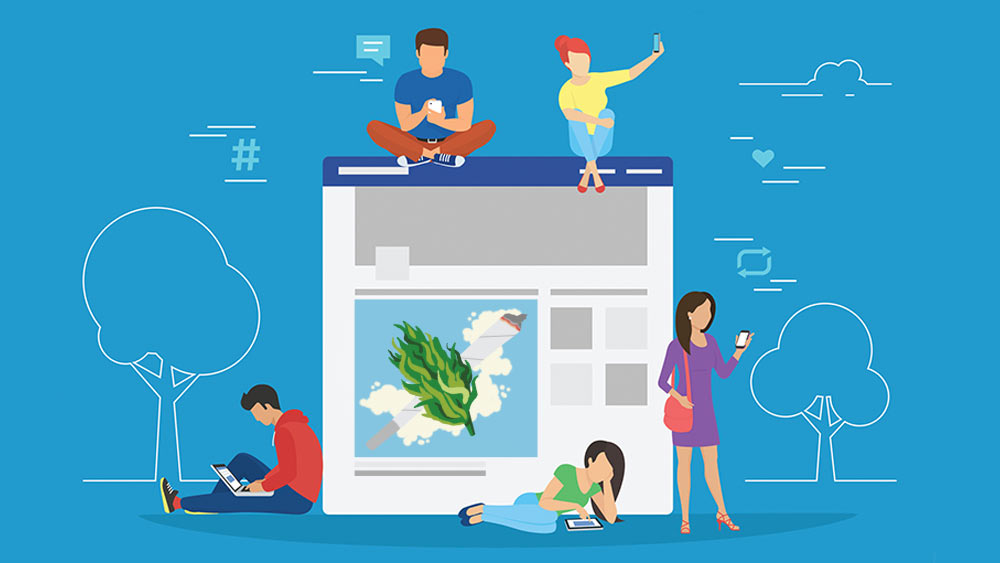 An overwhelming majority of teenagers in US states where marijuana is legal has reported being exposed to cannabis advertising on social media, a new study found.

The survey published in the Journal of Adolescent Health showed that 94% of adolescents aged 15-19 that were polled saw ads for marijuana products, either on social media platforms like Facebook and Twitter or in more traditional media (print media, for example).

The authors of the study, conducted by researchers at the University of Massachusetts Amherst, noted that the increased exposure to the marketing of cannabis products was associated with higher odds of marijuana use, indicating teens are particularly susceptible to ads on social media.

Researchers concluded that “despite restrictions that prohibit cannabis advertising on social media,” adolescents are continuously exposed to cannabis marketing through other means, like social media.

“States should consider further regulation of cannabis marketing on social media,” they said.

The slippery slope of marijuana advertising

These results fall in line with the conclusions of a different group of public health researchers, that published an op-ed earlier this year about the dangers of marijuana ads.

The biggest problem, they say, lies in the fact that marijuana marketing often relies on promoting products for their purported medical benefits.

“Youth who can’t buy or use non-medical marijuana shouldn’t have to see these promotions, particularly on a platform like Instagram, whose audience is mostly youth,” said Dr. Megan Moreno of the Cannabis Advertising and Social Media study team, commenting on the survey’s findings.

Marijuana is legal for recreational use in 11 US states and for medical purposes in another 22.

State regulators are tasked with forming guidelines for the advertising of cannabis products, while national marketing is prohibited as marijuana remains illegal at the federal level.

The core restriction on cannabis ads is that companies cannot make unsubstantiated health claims about their products. Some states even require ads for marijuana to contain a list of possible side effects.

Concerning the branding of marijuana products, similar rules apply, with a special emphasis on the products’ packaging, which shouldn’t be appealing to minors.

When it comes to marijuana’s non-psychoactive cousin CBD, which is legal in the US, The Verge reported in June that Facebook treats the product as an illegal substance without mentioning it in its advertising policy.

However, mounting pressure on the social media giant led to Facebook relaxing some of its rules on hemp ads.